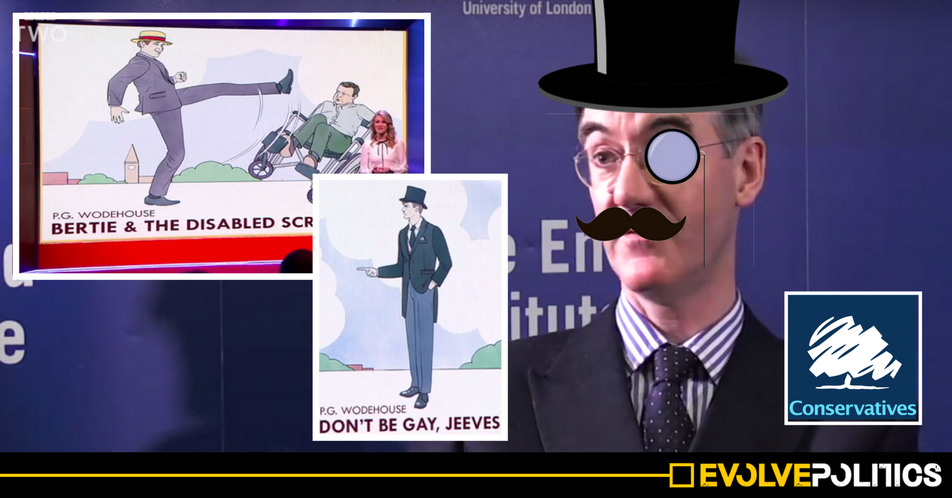 It really is is a testament to just how ridiculous politics has become over recent years that a man so stereotypically posh as to have been given the nickname ‘the honourable member for the 18th century‘ is now literally the favourite to succeed the incumbent Prime Minister of the United Kingdom.

Britain may well have thought the United States were stupid when they elected Donald Trump as President – a man who epitomises the exact culture of greed and corruption that plunged the entire Western world into catastrophe during the 2008 financial crisis.

But, following Brexit – a supposed working class revolt against the political elite – should Britain soon choose to elect a man who literally embodies every single carbon-copied-characteristic of the super-rich gilded elite to take over the Brexit negotiations as PM, Britain’s collective stupidity would surely far surpass that of the American electorate by a factor of unimaginable proportions.

And, it is this incredibly worrying possibility that BBC Two’s The Mash Report decided to ponder in a fantastically funny, but deeply disturbing 4-minute sketch on Thursday.

Lots of people have been getting in touch to ask ‘who’s this plucky upstart Jacob Rees-Mogg, and is he as much fun as he seems?

Jeeves and Wooster, Downton Abbey, the Crown – British people love throwbacks to a simpler time when the upper classes ruled over us with patronising benevolence.

I think you’ll find you do.

But is there more to Mogg than his old fashioned facade? People are really engaging with Mogg’s ‘authenticity’ – he’s not afraid to be traditional and vote with his deeply held Christian beliefs, so let’s take a quick look at this aristocrat millionaire’s voting record.

As you can see, he consistently votes against gay rights, women’s reproductive rights, human rights and equality.

‘Bertie and the Disabled Scrounger’

And, gradually, the remaining 4 minutes of the sketch become increasingly ridiculous and increasingly funny, until the ultimate finale, which we shan’t spoil for you.

Do take a watch of the brilliant full sketch below. It really is well worth it: