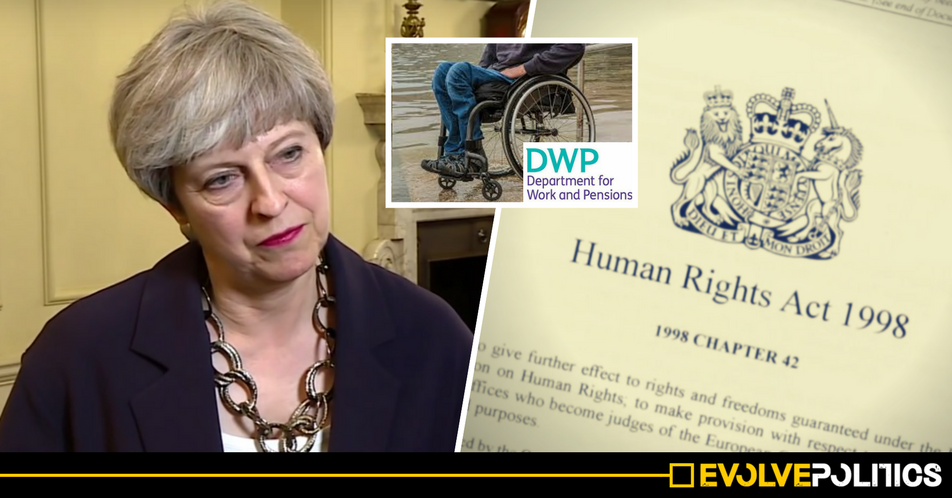 Never let it be said that the government doesn’t try its hardest to squeeze every last drop of blood out of vulnerable people in the name of ‘austerity’. It’s just gone back to court to attempt to block a legal avenue where people with disabilities could use the UK human rights act – an act which Theresa May has openly declared she wants to scrap – to fight back against the widely-hated, and deeply unfair ‘bedroom tax’.

The tax – which the government prefers to call the ‘spare room subsidy’ – was the brainchild of former Secretary of State for Work and Pensions, Iain Duncan Smith. He decided that there were too many poor people living in homes that were too big for them and that they should be forced to move house, or lose some of their housing benefit (Duncan Smith himself, it should probably be noted, lives rent-free in a large country house belonging to his father-in-law).

Duncan’s Smith wheeze took no account of people with disabilities who needed an extra bedroom, whether because they could not share a room with their partner because of their disability or needed a room for an overnight carer. An attempt by Labour to scrap the tax through a parliamentary vote in 2014 failed after the Liberal Democrats voted with the Tories.

In 2016, five families affected by the bedroom tax took the government to court, claiming that it discriminated against people with disabilities.

A judge ruled in favour of three of the families, including Charlotte and Jayson Carmichael. Charlotte has spina bifida and needs a specialised hospital bed. There isn’t room for two beds and the equipment she needs, so her husband sleeps in another room. The Department for Work and Pensions (DWP) had decided that their small flat was too big for them and had told them they had to move, or lose their housing benefit.

The Carmichaels had a long battle to get the ruling they needed. First a local tribunal ruled in their favour, but the DWP appealed, and won. The High Court then refused them permission to bring a judicial review, and the Appeal Court upheld the High Court’s decision. Finally, they reached the Supreme Court, which ruled in their favour in Novermber 2016, agreeing that the tax breached their human rights as set out in the Human Rights Act.

But now, the DWP is dragging the Carmichaels back to court, in an attempt to block any further similar challenges. The DWP is claiming that a first-tier tribunal (such as the tribunal which first found in the Carmichaels favour) can identify that a particular case has breached someone’s human rights, but does not have the power to make a ruling based on that. It’s a tiny loophole which DWP Secretary Esther McVey is trying desperately to squeeze through, to ensure that nobody else can win a case on that basis. The Carmichaels, needless to say, are horrified:

We thought it was all over when we left the Supreme Court. The lawyers seemed to think so as well. We feel like the nightmare has returned to haunt us.

And even if the DWP loses, there’s still a great deal of uncertainty. The Tories have said repeatedly that they want to scrap the Human Rights Act and although those plans have been put on hold because of Brexit, the idea of replacing it with a much-watered-down ‘British Bill of Rights’ is still a long-term aim.

Meanwhile, the DWP is dragging people through the courts to ensure that nobody else can successfully make a claim based on their human rights. It is pure vindictiveness: the potential savings have been overestimated and there is evidence that it may even cost more, as people are forced to move from housing association property into private rented accommodation.

What has not been overestimated, however, is the utter misery the tax is causing to people already struggling to get by. That the government would go to court to block a legal avenue for people with disabilities to live dignified lives, says everything you need to know about this vicious government.