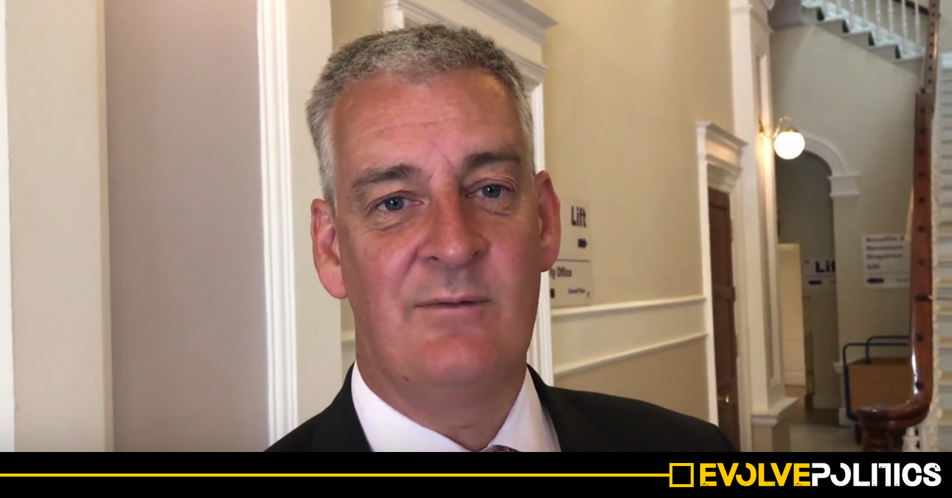 A Centrist Labour MP has attempted to justify the devastating 2003 invasion of Iraq – an illegal war which is estimated to have directly killed at least half a million people, and many more in the aftermath – by wrongly claiming that Iraqis are only now allowed to play football because the West ‘liberated’ them.

Blairite MP Graham Jones was responding to a Twitter post by Oxfam which showed photos of Iraqi children playing football and stated:

“Many of us are watching the #WorldCup at this time. We share these beautiful photos of young Iraqi’s playing football to remember that these young stars weren’t able to enjoy their favorite game under ISIS and were then forced to flee their homes.”

However, pro-war MP Jones – who has almost always voted for use of UK military forces in combat operations overseas, and even voted against investigations into the illegal Iraq War – was not happy with Oxfam’s post, replying by arrogantly, and wrongly, stating:

“Some cheek. They can only play because the Iraqi people with help from the west liberated them through military action.”

However, rather than doing any research whatsoever, Jones appears to have blindly followed his own apparent belief that before the West supposedly ‘liberated’ the Iraqi people, it must have been nothing but a barren, culture-less wasteland.

In what appears to be yet another apparent bout of neo-colonial rose-tinted haze from a Tony Blair-loving Centrist MP, Jones managed to conveniently ignore the facts that:

You have absolutely no idea what you’re talking about, you utter melt. https://t.co/CQnZHfzyLC

Oh, sorry @GrahamJones_MP – we appear to have missed out a few things:

What Graham meant to say:

Enjoy your kick about guys. Sorry we fucked up your country and created the vacuum for ISIS to exist.

What? It's a charity showing pictures of some refugees playing football in a country that's been devastated by a succession of wars. What part of that is "some cheek"?

what is wrong with you?

My fucking God. What a fucking clot.

Despite being proved completely wrong, Jones has yet to remove his tweet or even acknowledge the fact that he may have been wrong.

Jones refusal to acknowledge fault is particularly ironic because it is exactly this attitude – a completely evidence free ‘Western saviour complex’ – that enabled Tony Blair to garner enough votes from MPs to authorise the devastating invasion of Iraq that led to the rise of ISIS and the subsequent banning on football in some parts of the country.