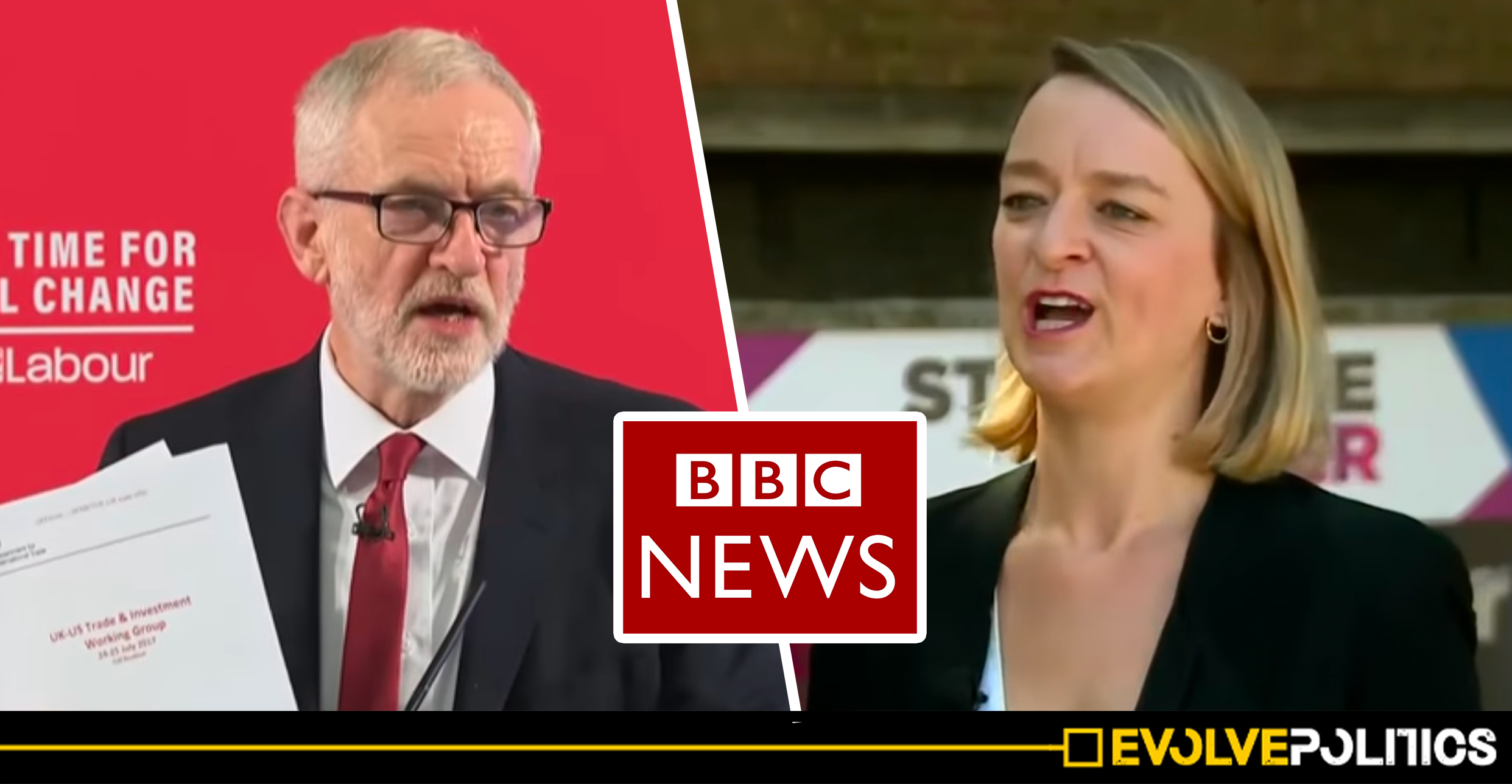 The UK’s public broadcaster, the BBC, have made the astonishing decision not to report the fact that Boris Johnson’s Conservative Party last night reneged on their promise to protect the NHS after voting to keep the NHS on the table for future post-Brexit trade deals.

The Tories’ decision to vote against protecting the NHS yesterday evening completely vindicates Jeremy Corbyn’s use of leaked documents during December’s General Election which showed that the Tories were already negotiating away the National Health Service.

At the time, the former Labour leader encountered severe criticism from his opponents for supposedly “scaremongering” – with Boris Johnson repeatedly refuting the claims by falsely declaring that the NHS has never, and would never, be on the table in any trade negotiations.

The documents showed that the government had already engaged in at least six rounds of talks with EU negotiators on topics such as medicine pricing and the possibility of allowing private companies market access to the NHS.

However, despite the documents being 100% genuine, Corbyn’s revelations were met with disdain by the majority of the mainstream media – with many suggesting that Russia had been involved in leaking the document.

And just last week, seemingly in anticipation of today’s release of the Russia report, the former Labour leader was confronted on his doorstep by an ITV news journalist asking him whether he regretted using the documents during the General Election campaign because of the allegations surrounding Russia’s involvement.

However, despite their repeated refutations that the NHS would be protected, the Conservative Party last night refused to put their promises into action after voting down an amendment to do just that.

The cross-party amendment, New Clause 17, was a proposed addition the crucial Brexit Trade Bill which would have ensured numerous aspects of our NHS were protected, including.

– Protecting the quality and safety of health and care services

– Regulating the control and pricing of medicines

– Protecting patient data from being sold off

– Protecting the NHS from so-called investor-state dispute settlements (ISDS) – clauses which allow foreign investors to sue national governments for any measures which harm their profits.

Evolve Politics were the first outlet to report the story and – with no other news outlets reporting the story at the time – the article went viral and has so far been seen by more than half a million people.

This morning, numerous mainstream outlets rightly followed suit, with The Mirror, The Evening Standard, and even the normally pro-Tory Daily Express reporting the story.

Numerous tweets on the revelation have also gone viral, with the official House of Commons tweet gaining more than 12,000 retweets before, incredibly, being deleted over “impartiality” rules.

Despite the clearly massive public interest in the story, no BBC reporter – including their chief political editor Laura Kuenssberg – has bothered to mention it, and the BBC have completely excluded the story from both their 24-hour news channel and the official BBC News website.

The BBC encountered widespread criticism during December’s General Election for making numerous “mistakes” over impartiality – all of which just happened to benefit Boris Johnson’s Conservative Party.

And, just last month it was revealed that the BBC’s new Director General, Tim Davie, was literally a Conservative Party election candidate!

Trust in the UK media has plummeted since the media debacle during December’s General Election, with left-leaning peoples’ trust falling the most sharply, from 38% in January 2019 to just 15% in January 2020.

The BBC’s astonishing omission of the Tories’ disgraceful anti-NHS actions last night will surely do absolutely nothing to improve the corporation’s already battered reputation amongst progressive voters.