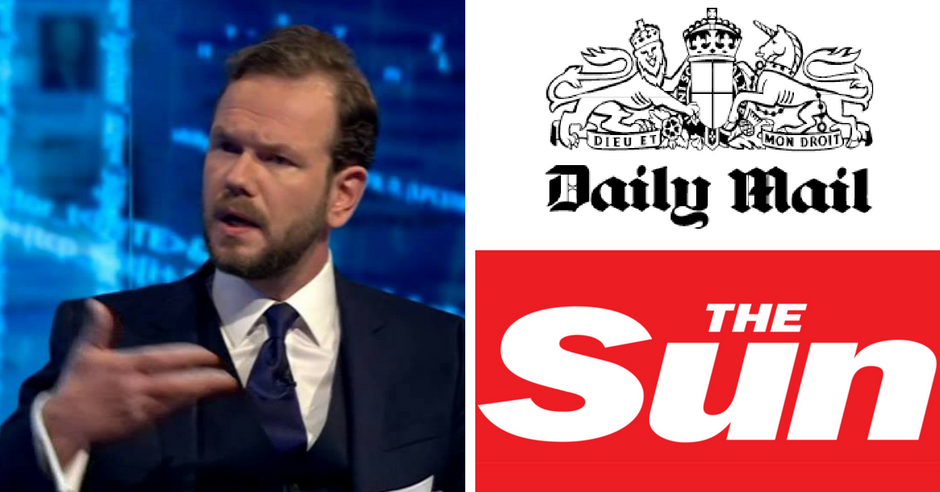 James O’Brien, a host of BBC’s Newsnight, has called out the mainstream media for bashing immigrants and refugees while failing to report on what is a damning statistic on poverty in the UK.

O’Brien, who has his own show on LBC Radio and recently attacked media bias against Jeremy Corbyn, slammed The Daily Mail for running a front page on ‘a bishop who talks sense on migrants’ while letting shocking figures revealing that 16 million people of working age in the United Kingdom have less than £100 in the bank slip down the news agenda.

In the broadcast, he says:

He’s not wrong either. Every day in the mainstream media we see newspapers and media outlets demonising migrants and refugees. It was only yesterday that The Times published a shocking racist cartoon of ‘Corbyn Cruises’  – a ferry full of migrants seemingly coming towards Britain. The Sun and The Daily Mail have also gained a reputation for publishing false, misleading stories about immigration which have undoubtedly contributed towards the spike in hate crimes seen over the summer.

While the media are blaming migrants for society’s ills – the reality of the situation paints a completely different picture. Public services are being underfunded, living standards and real wages are either stagnating or declining, and millions of people are using foodbanks and struggling to make ends meet. Instead of blaming the government’s failures to revive the economy, or the greed exhibited by the super-rich when they avoid paying their fair share of taxes – the media are whipping up hatred against immigrants in a divide and rule style tactic. Essentially, they are turning worker against worker.

O’Brien goes on to speculate what we’ll be saying when questioned about the scapegoating of migrants not solving anything:

He hits the nail on the head. If more figures in the mainstream media had the backbone to stand up to those who are really causing scarcity and poverty – we might actually be able to solve some of the problems that ordinary people face.