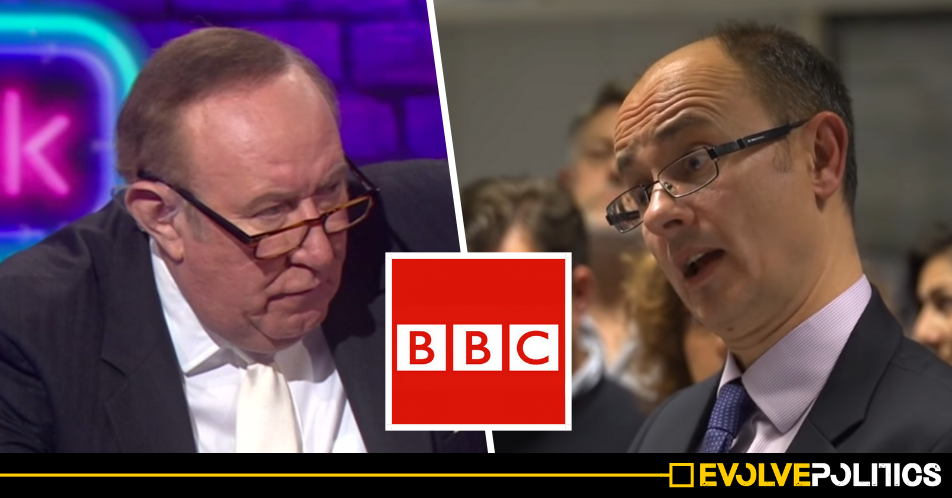 Andrew Neil has been caught up in a fake news furore after an economics expert for the Financial Times claimed that the BBC Politics Presenter made an almost entirely fraudulent attempt to spin the UK’s economic woes in favour of the Tories by “lying” and using ‘false economic figures for other countries in the G7’.

On Tuesday, it was announced that the UK economy had slowed to a virtual standstill in the last 3 months of 2018, with official figures from the Office for National Statistics (ONS) showing that the UK GDP grew just 0.2% in the final quarter.

The depressing figures showed that a combination of Brexit worries and Tory economic mismanagement had combined to grow the UK economy by just 1.4% over last year – the slowest annual rate since 2012.

Furthermore, the ONS figures showed that in December, the UK GDP actually shrank by 0.4% – a trend that, if it continues throughout 2019, would put Britain’s economy into a technical recession.

However, despite the obviously worrying figures, pro-Tory outriders and pro-Brexit commentators in the media still attempted to spin the numbers as positive for the Tories and the UK – with many claiming that, when compared to the rest of the G7, the UK’s economic performance was actually quite reasonable.

Another commentator to air his thoughts on the figures was the ever-impartial BBC Politics Presenter, Andrew Neil, who suggested that the UK’s 2018 economic performance was actually relatively impressive in comparison to the rest of the G7, tweeting:

“Now that Q4’s very weak growth figures are in we’ll no doubt hear more about being slowest economy in G7.”

Neil then went on to list statistics which he claimed showed the preliminary 2018 economic performance for all other countries in the G7:

However, according to the Financial Times Economic Editor, Chris Giles in a lengthy Twitter thread, the definitely 100% impartial BBC presenter’s figures were “riddled with errors“, exuded “Shockingly poor economics”, before going on to suggest that Neil may have simply been “making [the figures] up“.

The tweet is riddled with errors, comparing data with stuff which does not exist, and apples with pears

Shockingly poor economics from Andrew, but let me explain

The tweet is riddled with errors, comparing data with stuff which does not exist, and apples with pears

Shockingly poor economics from Andrew, but let me explain

Giles then goes on to probe the figures Neil cites in his claim, stating in a series of tweets and pictures:

“Let’s first take the many countries on the G7 list for which data does not even exist yet, so any comparison cannot be made without literally making it up.

“Here is the US website. Surely @afneil remembers there was a government shutdown and that has affected GDP data release timing. All he had to do was check the Bureau of Economic Analysis website – it’s written on the home page 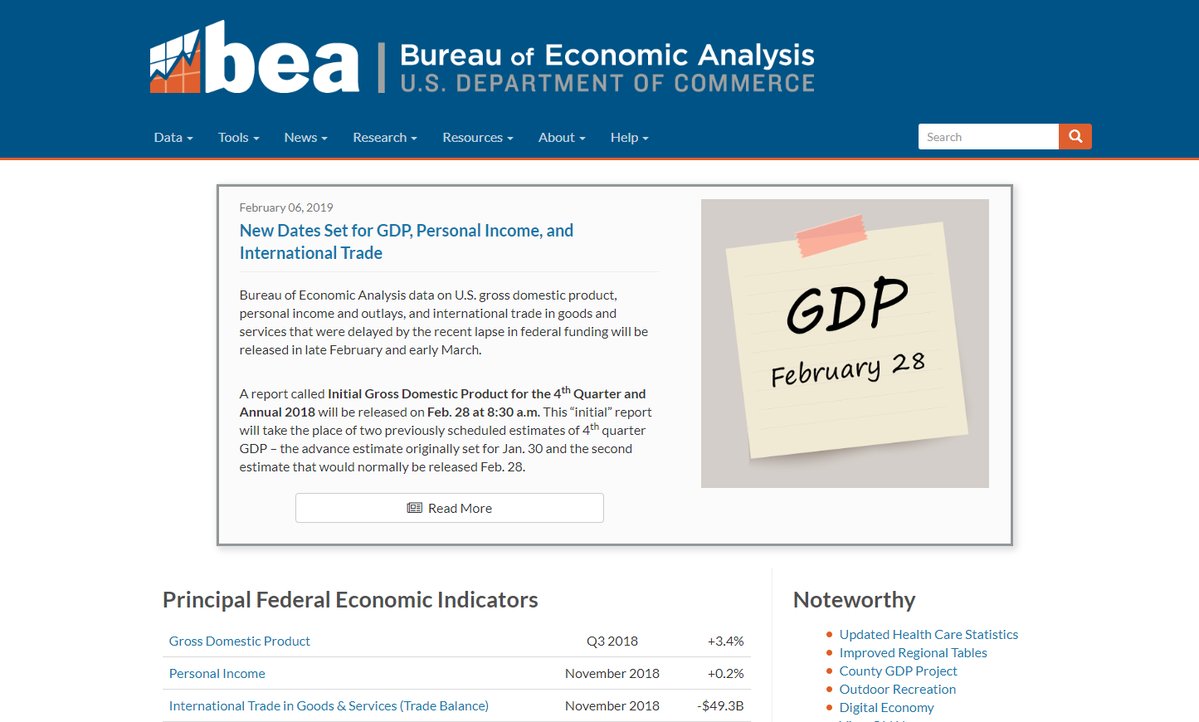 “Outside US, not much more effort would direct him to the Japanese official website which also has not published its Q4 data yet – of course that is necessary for even “prelim stats” They’re not out yet either (coming Thurs) 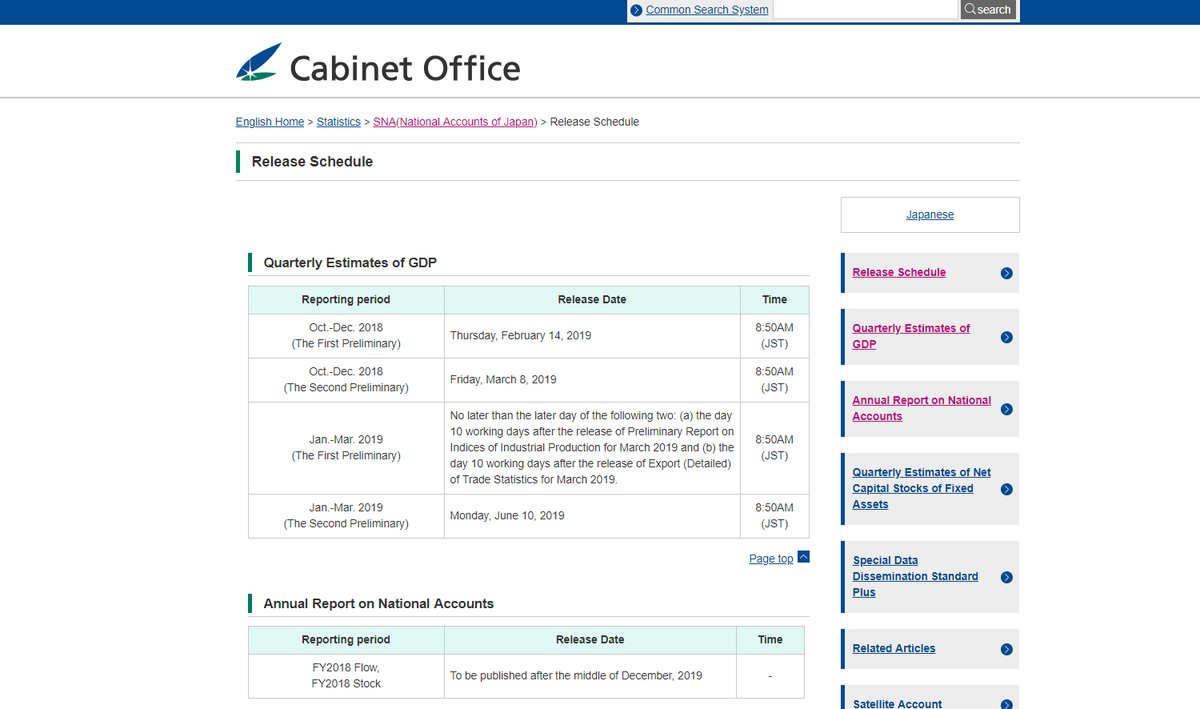 No, they’re not published yet either. Only third quarter on Statistics Canada website (Canada always comes last, so this should be no surprise) 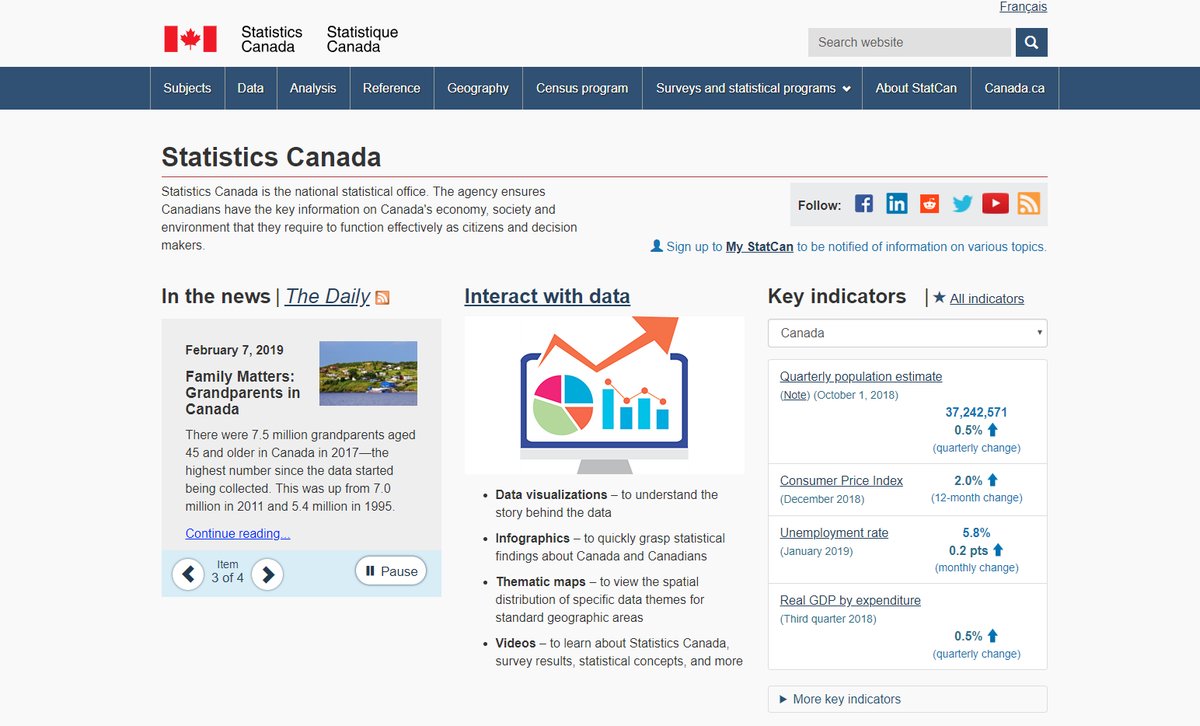 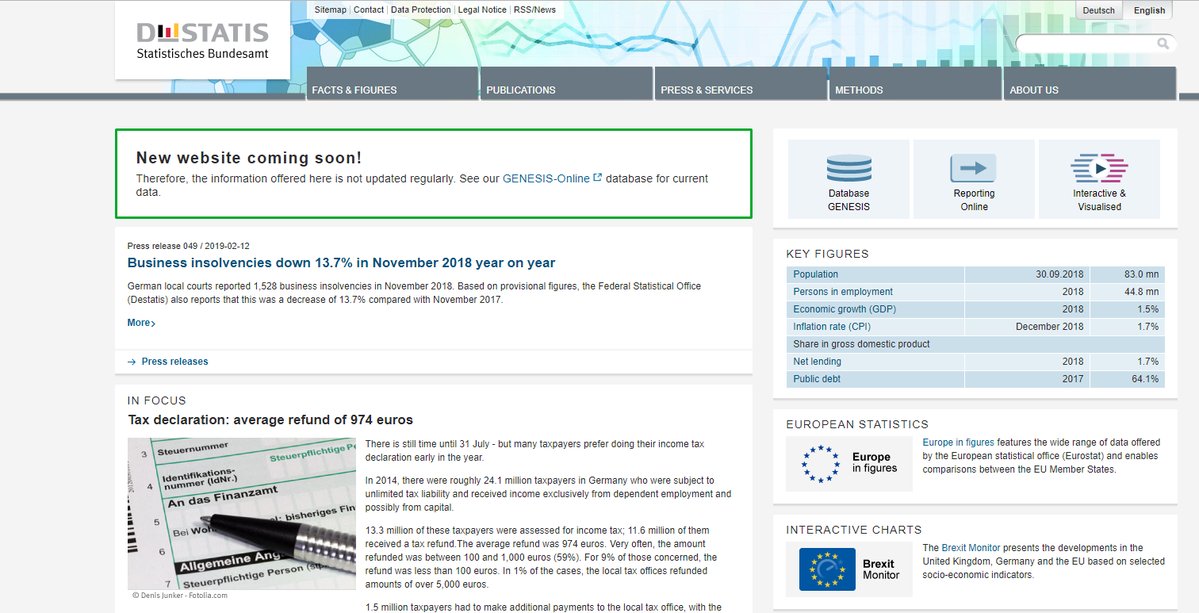 “And France – this is where we get into apples and pears. The equivalent figure to the UK 1.4% in France is – you guessed it – higher at 1.5% as the Insee website also shows clearly 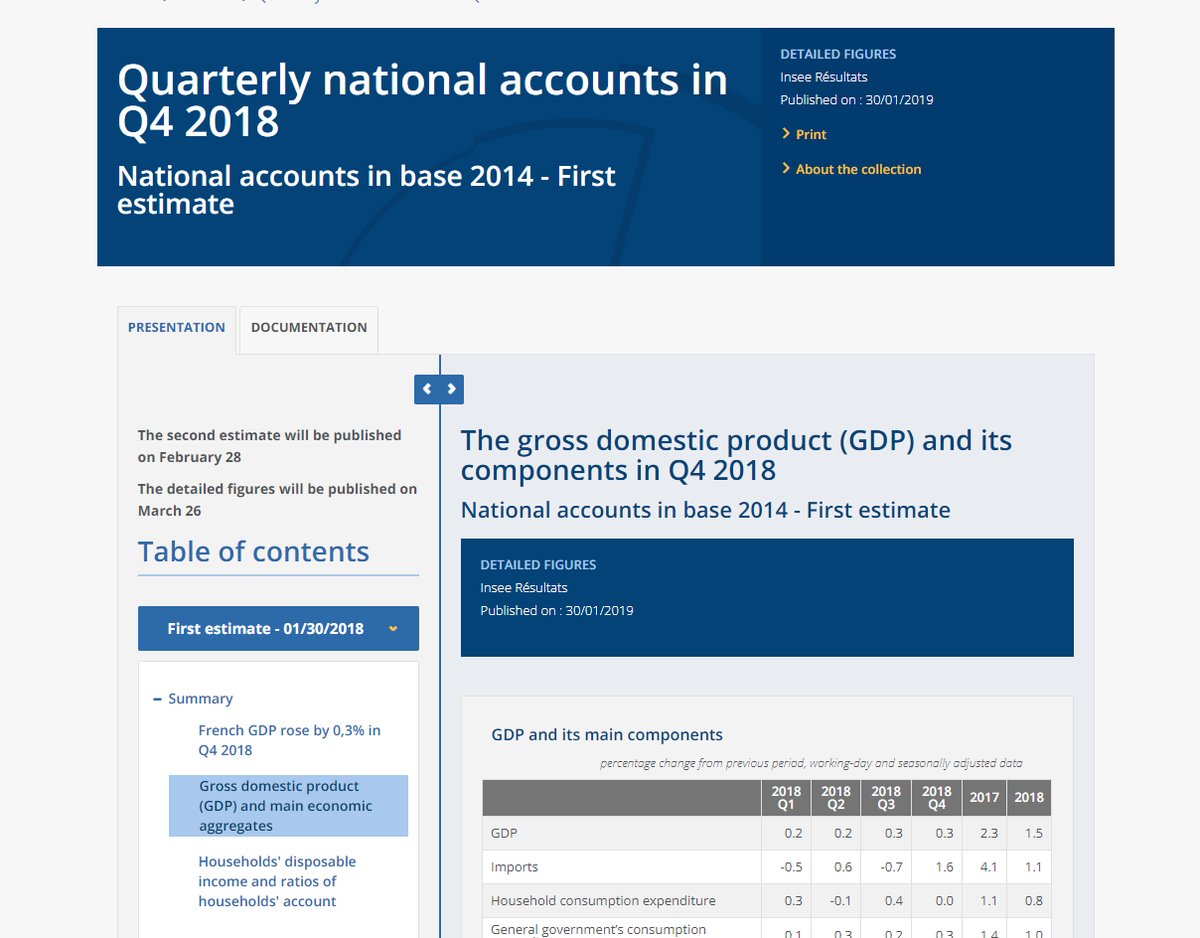 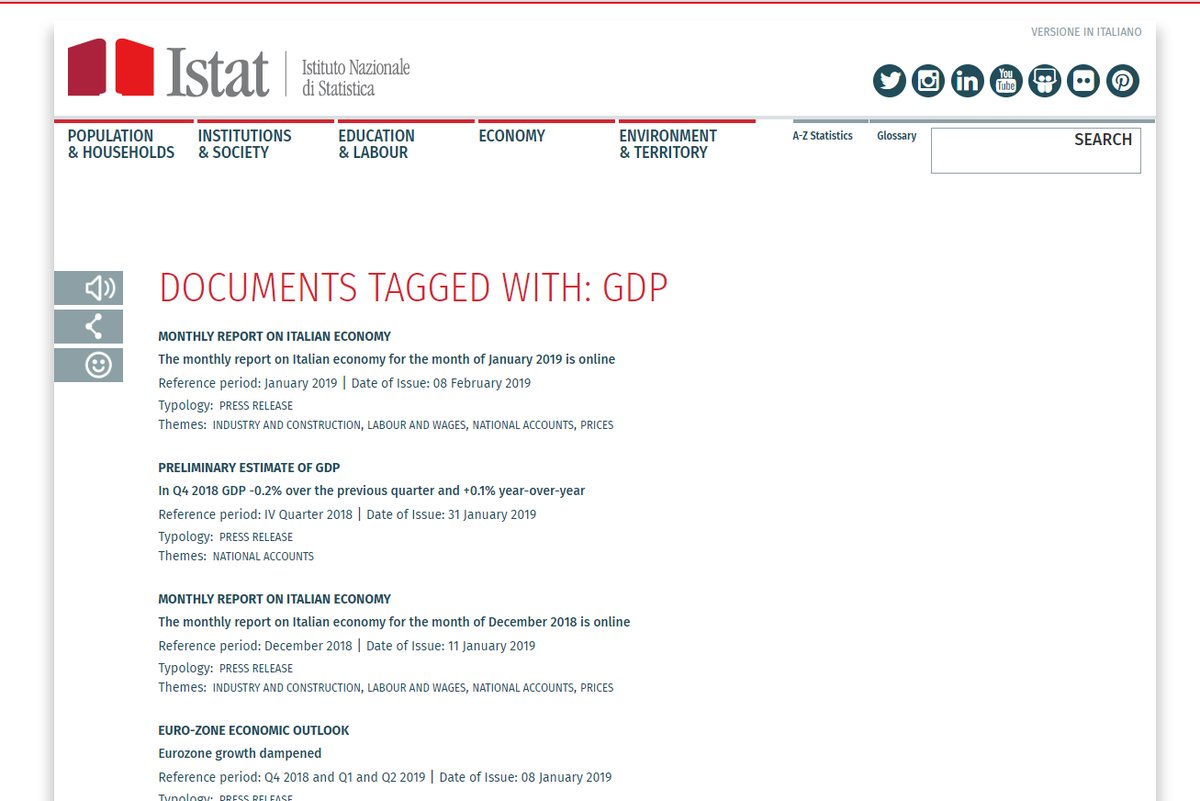 Giles then concludes his thread by slamming the BBC presenter’s journalistic credentials, stating:

“Now @afneil might think a strike rate of one in six is sufficiently accurate for a senior BBC journalist.

I happen to disagree

Giles’ take on the situation was also wholeheartedly endorsed by Andrew Sentance, an independent Business Economist who has worked for the Bank of England and Pricewaterhouse Coopers, who replied stating:

“Quite right, Chris. Interesting that @afneil generally tweets about “facts”- which may not be facts at all – favouring the #Brexit side of the argument. Here is another take on 2018 GDP growth showing that only Italy performed worse than UK among major Western economies. 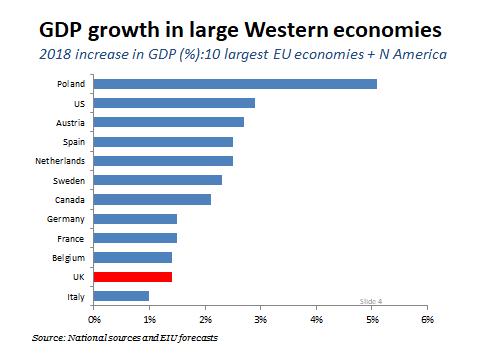 Quite right, Chris. Interesting that @afneil generally tweets about "facts"- which may not be facts at all – favouring the #Brexit side of the argument. Here is another take on 2018 GDP growth showing that only Italy performed worse than UK among major Western economies. pic.twitter.com/UEFTKuC0AQ

Andrew Neil has since responded to the furore by claiming that the figures he tweeted were his own “estimates” based on “what’s already published plus consensus estimates for Q4“:

If you take what's already published plus consensus estimates for Q4 you get what I tweeted (prelim stats – estimates would have been better). None of this "know it all" stuff you're posting will materially affect the table I tweeted. Get off your high horse and take a wager …

“Andrew – the numbers you used for Germany and France have been published and yours were wrong.

Since you have been shown your errors and are not backing down, it appears that you are now lying rather than just mistaken”

Incredibly, Neil responded by accusing Giles of “being offensive as well as patronising“:

Now you're being offensive as well as patronising. We could have had a debate. You prefer abuse. YoY last Q GDP figures I used are legitimate and accurate. The Economist uses them. Will not change much when Q4 stats complete. YoY quarterlies better guide to trend than annual ave.

Despite the fact that Neil’s figures for France and Germany had been categorically exposed as being made up because they were already published, the BBC Presenter, astonishingly, decided to triple down on his claims, stating in another tweet that:

“The figures exist and they are right.”

The figures exist and they are right. There are no figures which show the UK as the slowest growing economy in the G7. But you believe what you want to. https://t.co/j0F3Rd0Rqm