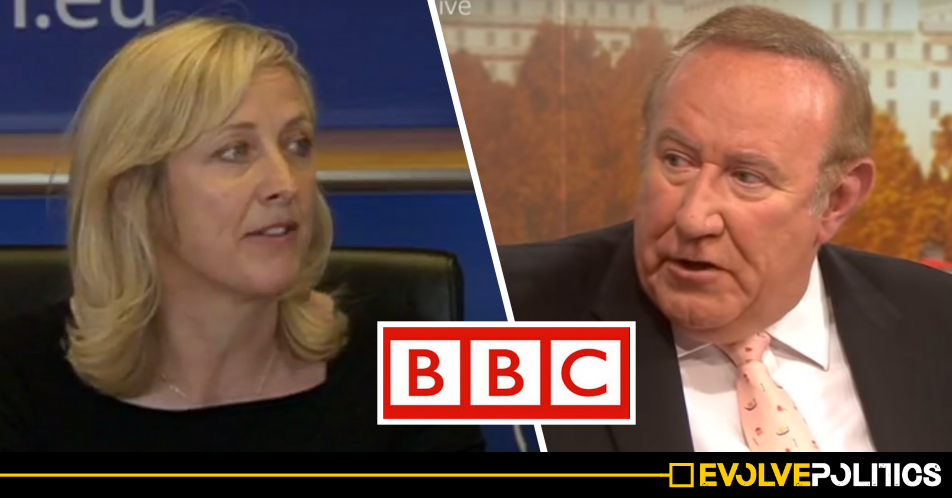 The BBC is coming under significant pressure to part company with the presenter of their flagship political shows, Politics Live and This Week, Andrew Neil, after an astonishing late night Twitter rant which included an extraordinary ‘sexist attack’ aimed at Guardian journalist Carole Cadwalladr.

In a now-deleted tweet, published at 03:15 in the morning, the BBC presenter labelled Cadwalladr a “mad cat woman“: 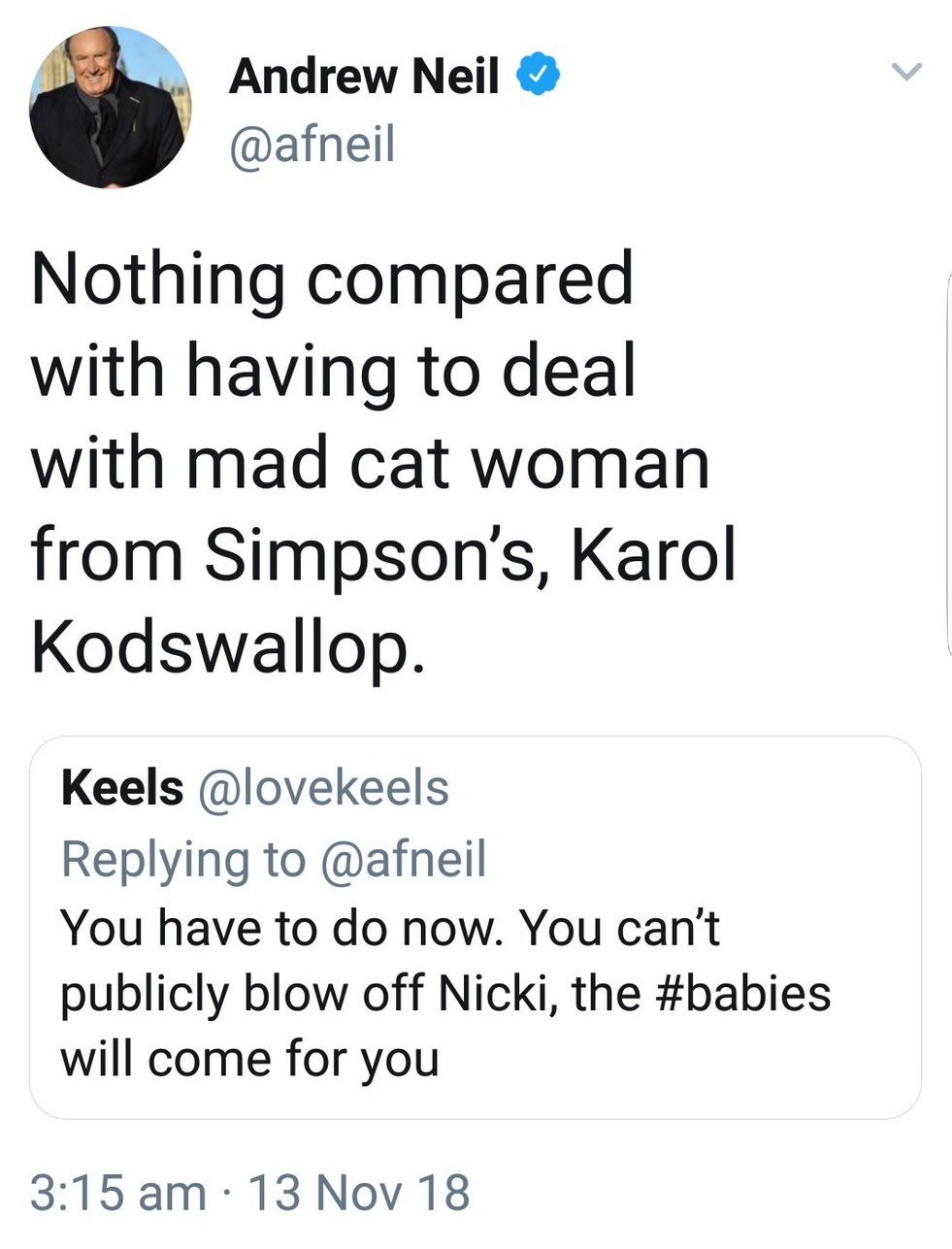 Cadwalladr is an award-winning journalist who has been routinely attacked by high profile supporters of Brexit after her work exposing shady goings on within the Brexit campaign during the referendum.

Neil, who is also the Chairman of the hard-right Spectator magazine – amongst many, many other paid roles – is a staunch supporter of Brexit.

I hope we show it again so somebody can tell who the miserable Jock is and what he’s ever done. Other than scowl and spout Corbynista propaganda from his fancy Islington pad. https://t.co/OkHoyZBRHP

Andrew Neil (@afneil) has had a motive from the start. He referred to evidence that proved criminal activity as “hearsay” and is now spewing sexist, blatantly biased views. I hate wasting time calling the BBC out but this is getting wholly unacceptable. This is not journalism. pic.twitter.com/HjaSw5ld6A

It's strange that supposedly impartial BBC presenter Andrew Neil should use the same language as the "Bad Boys of Brexit" to describe the multi-award-winning investigative journo who has exposed their alleged crimes @carolecadwalla pic.twitter.com/mAjnkmPbSw

I'll try to remember Andrew Neil as a journalist rather than a bitter old man spitting misogyny in the small hours of the night. pic.twitter.com/bvXuT52RHk

This is what passes as journalism at @BBC in 2018.

Andrew Neil should be sacked pic.twitter.com/DH8983QgvL

Why does the BBC hate Carole Cadwalladr? Andrew Neil's tweet today gave the game away. It is not acceptable for a public service broadcaster to behave in this way. https://t.co/Y02XN72Jr4

Following the criticism, it appears Neil was forced to delete his tweet aimed at Cadwalladr, with the BBC Press Team issuing a response stating:

“There has been some discussion on here regarding a tweet from Andrew Neil about Carole Cadwalladr. He has deleted the tweet and recognises it was inappropriate.”

There has been some discussion on here regarding a tweet from Andrew Neil about Carole Cadwalladr. He has deleted the tweet and recognises it was inappropriate.

However, despite deleting the tweet after recognising it was “inappropriate”, Neil is yet to apologise.

The tweet was online for at least seven hours before being removed.

“Four days ago, I wrote to @BBC re its role in amplifying @Arron_banks’ harassment campaign against me. I cited Neil’s tweets.

This isn’t just sexist & unfunny. & it doesn’t just reveal wider failure to report the story. It betrays the British public. Who are not being told the truth.”

4 days ago, I wrote to @bbc re its role in amplifying @arron_banks’ harassment campaign against me. I cited Neil’s tweets. This isn’t just sexist & unfunny. & it doesn’t just reveal wider failure to report the story. It betrays the British public. Who are not being told the truth pic.twitter.com/6iBSX2Pbm2

She also went on to label the BBC’s response as “so very inadequate”:

This is so very inadequate https://t.co/95zfRAdFJQ

The BBC also came in for criticism for their apparent double standards in relation to Neil’s latest outburst and the situation surrounding the departure of their former presenter James O’Brien, who was forced to resign from his role presenting Newsnight rather than tone down his left wing views.

“As regular listeners know, I withdrew from the [Newsnight] roster some months ago to retain my right to criticise Brexit and Trump in my other work, notably @LBC.

The thing Brextremists really can’t compute is me being prepared to compromise my career for principles.

I hated stepping down from Newsnight and could have stayed with simple changes to my modus operandi outside the Beeb. The decision makes me look decent so they claim I was axed.”

However, it appears that the BBC are yet to issue the same ultimatum with Andrew Neil regarding his now routine, and unashamedly hard-right, political outbursts.