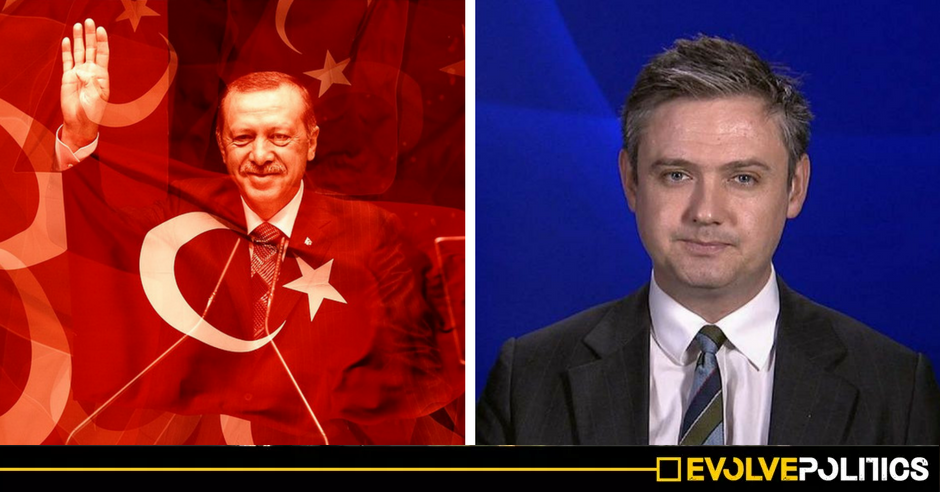 Young Labour have released a statement that attacks Labour MP and Corbyn critic John Woodcock, claiming that he “apologising” for war crimes committed by Turkey.

Woodcock, the Labour and Co-operative MP for Barrow and Furness, has previously praised Turkey’s ‘fight against extremism’, and called on other Labour figures to show more understanding and support towards the Turkish state.

Novara Media founder Aaron Bastani once comically dubbed him the “right honorable member for the AKP” due to his consistent support for Erdogan and the Justice Development Party (AKP). This is not the first time that Woodcock has been subject to criticism for his pro-Turkey stance. After Woodcock was interviewed in Turkish media outlet Daily Sabah in December, the Kurdish Solidarity Campaign’s co-secretary Rosa Gilbert told The Morning Star:

“It’s remarkable that John Woodcock MP has gone out of his way to line up with Erdogan and his AKIP fascists and everything they represent – from the military destruction of Kurdish towns and cities [and] the funding and sustaining of jihadists in Syria to the mass imprisonment of journalists, public-sector workers, academics and activists in Turkey. British Labour politicians should be speaking out in defence of their PES/Socialist International allies in the HDP, nine of whose elected parliamentarians are currently in Turkish jails.”

The Young Labour statement called for an urgent ceasefire in the Kurdish region Afrin, and for the body of British YPJ volunteer Anna Campbell to be repatriated. Campbell was part of the Women’s Protection Units, an all-female militia that was fighting Turkish forces and jihadists in Kurdish territory.

The statement then condemned Mr. Woodcock, and said:

“John Woodcock’s statements have outraged hundreds – if not thousands – of Young Labour members across the country and cannot be interpreted as anything other than apologising for a regime which jails our comrades in Turkey and commits war crimes against refugees and civilians.”

“Anna was a committed comrade who died fighting against fascism, the enemy of all progressive humanity. It is the duty of socialists everywhere to honour her memory by demanding her body be brought home, and we must fight to support the people of Afrin against the murderous provocations of ISIS and Erdogan.”

Recent speculation has suggested that Woodcock is about to resign the party whip  in protest against the direction of the Labour Party under Jeremy Corbyn. Perhaps if he wasn’t preoccupied with representing the twisted interests of the Turkish state, he might be paying more attention to what Labour Party members really think of him.