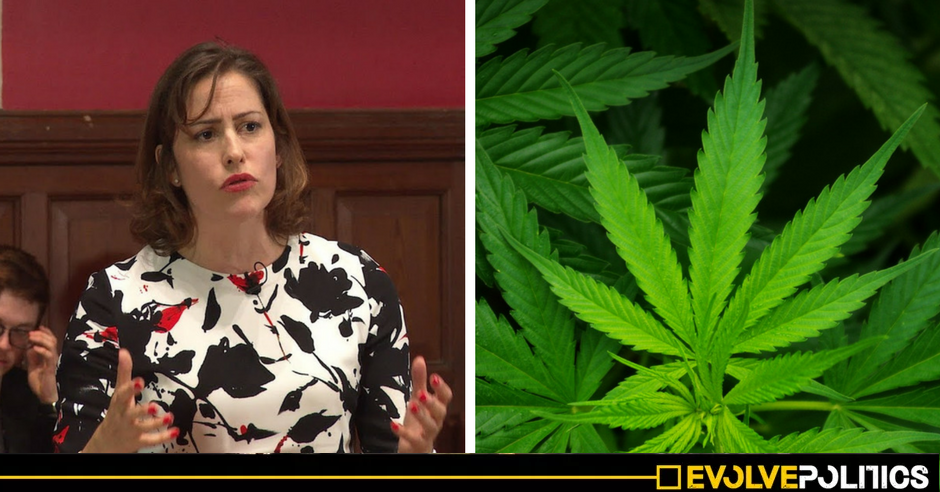 A pro-legalisation pressure group unearthed a hilarious hypocrisy the heart of the government’s drug policy last week – and it’s barely been reported by the mainstream media.

The Parliamentary Under-Secretary of State for Vulnerability, Safeguarding and Countering Extremism, Victoria Atkins, Conservative MP for Louth & Horncastle has been accused of perpetuating “blatant untruths” which were “riddled with inaccuracies” at a recent debate on Britain’s drug policy in Westminster Hall by the campaign group Clear.

While the long title may confuse, the government’s website confirms that Atkins is responsible for drug policy. She has previously said that she does not “share the optimism of others about tackling the problem through regulation.”

Clear also revealed a seldom reported fact. That while Victoria Atkins MP rallies against further regulation and legalisation of drugs and outright rejects regulation as a method of harm reduction, her husband grows FORTY FIVE acres of cannabis under a government licence, making her a direct beneficiary of government regulation already in place.

“However, in what must be the most blatant hypocrisy ever from a government minister, Ms. Atkins benefits directly from regulation of drugs. She is married to Paul Kenward, managing director of British Sugar which is growing 45 acres of cannabis under licence in its mammoth Norfolk greenhouse. Mr. Kenward is producing high CBD cannabis for use in Epidiolex, GW Pharma’s cannabis extract epilepsy medicine.

One must question why our Drugs Minister continues to stand by a policy of prohibition that has failed miserably in combating drug use and abuse, as well as whether it’s suitable that she continues in her role as Drugs Minister given the blatant conflict of interest and hypocrisy exposed by Clear.

This only serves to reinforce what we already knew about the policies of this Conservative government: that they are tailored to help themselves and their friends at the expense of the general population.

Peter Reynolds, the author of the expose, hits the nail on the head when he says:

With this latest scandal the shameful truth about UK drugs policy and the corrupt nature of this Conservative government is highlighted once again. It is difficult to believe this bare faced dishonesty can prevail in a country that was once held up as an example of honour and decency but as with so much that Theresa May has been responsible for since she entered government in 2010, we are disgraced, shamed and the electorate is treated with absolute contempt.