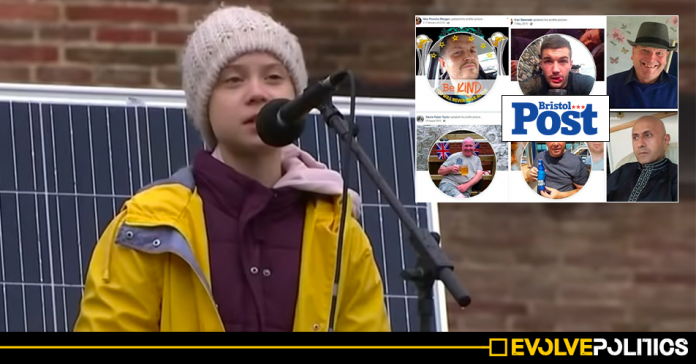 The Bristol Post has been showered with praise after naming and shaming numerous trolls who directed vile abuse and threats towards Greta Thunberg on the comments section of their website following the Swedish environmental activist’s widely publicised speech in the city on Friday.

As has become the norm since her rise to prominence, Thunberg’s appearance drew huge attention – including, unfortunately, huge amounts of abuse, and even violent threats, directed towards the 17-year old.

However, rather than simply delete the abuse, Bristol Post decided that they’d had enough – publishing an explosive article naming and shaming some of the worst offenders.

“The extra step [the trolls] took was to appear to call for, encourage or incite people to take physical action against either Greta Thunberg or those taking part.”

“The people who were appearing to make those suggestions of physical actions and violence were very often parents and grandparents themselves. Some had even called for people on social media to ‘be kind’ following the death of TV presenter Caroline Flack.”

The abuse directed at Thunberg ranged from calls to have her burned at the stake to spraying her and other environmental activists with an illegal water canon – both of which were comments from grown men.

Another man, whose social media profile shows he has young children himself, called for Thunberg’s parents to “slap her with a brick“.

The Bristol Post were overwhelmingly praised for their article exposing the trolls.

Journalist Katie French called it “a bold and frankly brilliant move”, whilst another Twitter user called the piece “slightly disturbing to read, [but] absolutely sensational”:

This is a bold and frankly brilliant move by the Bristol Post, naming and shaming the social media abusers who made threats and wrote disgusting things about Greta Thunberg, a 17-year-old climate change activist.

Forget be kind, be accountable. https://t.co/3EfdTMUbii

This is, if not slightly disturbing to read, absolutely sensational from @BristolPost https://t.co/zEYaGpyzzd

And many others had nothing but praise for The Bristol Post’s unusual move to name and shame the vile internet trolls:

Go on @BristolPost name and shame them – you want to attack a kid, guess what you'll end up in the paper.https://t.co/jM3KkYwPT0

Well done #BristolPost. Name and shame those horrible men who feel it’s OK to be so vindicative to a 17 years old activist. #GoGreta https://t.co/r6yxeTlCVU

Hats off to the #BristolPost, freedom of speech is not freedom from consequences.

So glad to see some rebuttal against vile posts asking for violence on a child.
I hate online shaming, but enough is enough. If you are violent in your posts there must be consequences.
Well done @BristolPost https://t.co/3kavcN5UaM

Abuse from internet trolls is nothing new – and a quick search on Twitter found more comments made about Greta – including this thread, calling her a “political tool” and another Tweet comparing the Swedish environmental activist to Hitler:

Twitter users also tried to get #GretaIsAW**kerDay trending – mainly due to the efforts of one enthusiastic poster who posted the hashtag numerous times as replies: 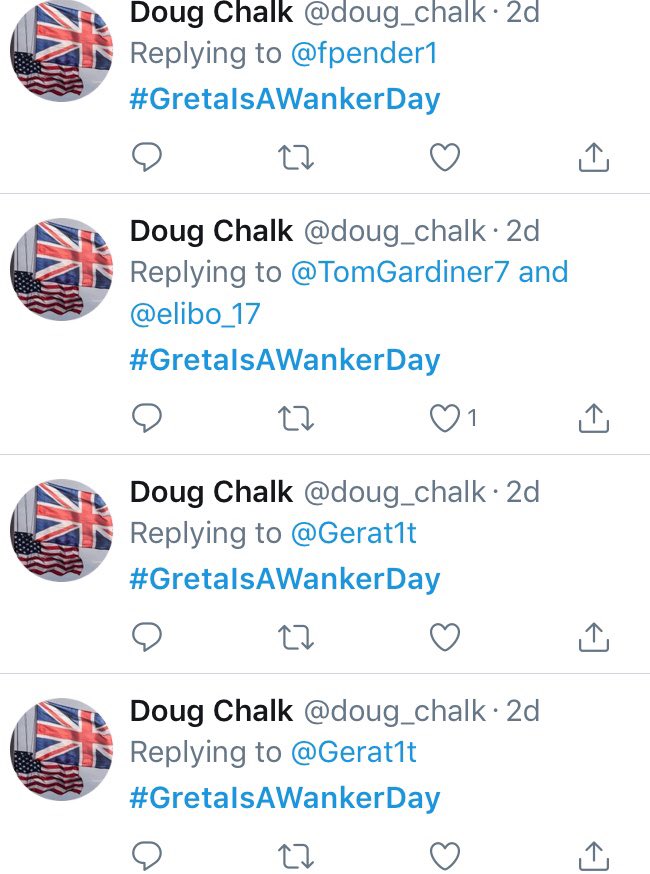 Although BristolPost has been praised for highlighting some of the worst of the public comments, the author, Tristan Cork, decided to explain the reason for taking the unusual step to name and shame the trolls, saying:

“This isn’t about climate change […] This IS about people making comments in public forums which suggest violence against a girl.”

This IS about people making comments in public forums which suggest violence against a girl.
That’s it

We aren’t sure why – or what – scares or worries so many people about a 17-year-old with a clear and serious message, but it’s about time these people were publicly called out and ridiculed. It’s okay to disagree – but it’s not okay to direct personal abuse and threats at anybody.