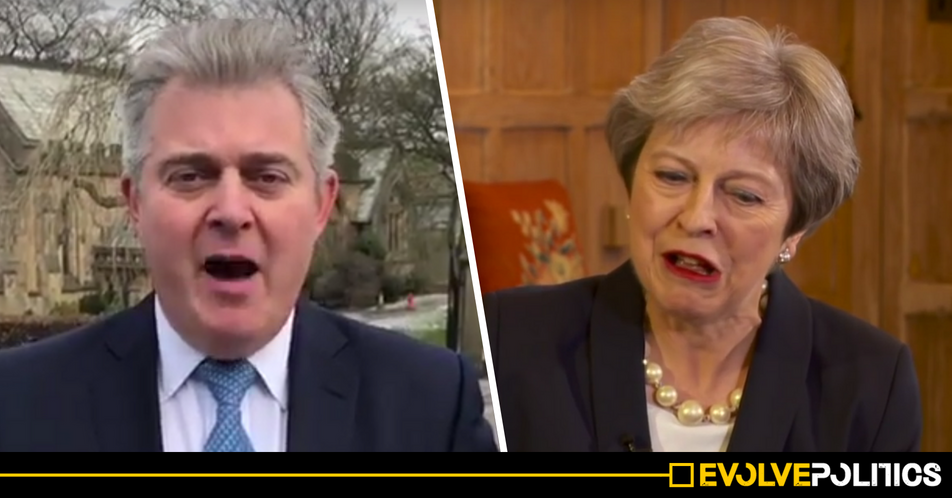 A Westminster Whistleblower has put forward startling new evidence which appears to show that both the Conservative Party Chief Whip and the Tory Chairman knowingly lied about their knowledge of a decision to defy long-standing Pairing rules in order to win two crucial votes on Brexit legislation.

The incredible new revelations also reveal that the Tory Chief Whip attempted to get two other Conservative MPs to vote on the crucial legislation, despite them all being paired with absent MPs, meaning that they had all formally agreed not to vote.

The Conservative Party MPs were embroiled in the row after Tory Chairman Brandon Lewis decided to vote on two knife-edge votes despite agreeing not to vote after being paired with another MP who was on maternity leave.

To make matters seem even more cut and dried, Lewis actually abstained on every other vote that day – just choosing to vote on the two bills which were extremely tightly contested and in danger of being lost.

As Evolve reported on Tuesday:

“Theresa May and the Conservative Party have been accused of shamelessly flouting Parliamentary procedure and lying to an MP who has just given birth and is on Maternity Leave in order to win crucial votes on Brexit legislation.

Lib Dem Deputy Leader Jo Swinson, who is currently on maternity leave having given birth on June 29th, accused the Tories of breaking a promise to ‘pair’ her with Conservative Chairman Brandon Lewis in order to win crunch votes on several Brexit bills.

Pairing is a widely used Parliamentary procedure that ensures MPs who are definitively unable to attend votes – through sickness, maternity leave, or any other serious form of incapacitation – to miss a vote without it affecting the outcome.

However, following today’s crucial Brexit votes, Swinson tweeted to say that the Conservative Leader of the House, Andrea Leadsom, assured her that ‘those of us who were pregnant […] would be paired when necessary‘.

Swinson then went on to claim that the Conservative government – desperate to force through their Brexit legislation – broke their promise, stating:

“Today your govt broke that agreement – @BrandonLewis paired with me but voted. Desperate stuff.” “

Following Swinson’s tweet outing their behaviour, Lewis claimed that his decision to only vote on the two crucial knife-edge Brexit votes (but somehow abstain on the rest of the days proceedings) was an ‘honest mistake made by the whips in fast-moving circumstances‘.

Just how low will your govt stoop @theresa_may? When @andrealeadsom delayed proxy voting motions, she *assured* those of us who were pregnant that we would be paired when necessary. Today your govt broke that agreement – @BrandonLewis paired with me but voted. Desperate stuff. pic.twitter.com/CcgF7z8MOV

I’m sorry Jo. I think it was an honest mistake made by the whips in fast-moving circumstances. I know how important the pair is to everyone, especially new parents, and I apologise. Also apologies for late reply, been speaking at an event.

The Tory Chief Whip Julian Lewis also made an online apology to Swinson which cited the decision as only a ‘mistake’:

Jo I am v sorry-I spoke to your CW earlier. A mistake – we pair consistently 4 pregnancy pairs – @BrandonLewis was asked to vote in error. https://t.co/BYRmprapGn

However, a whistleblower has now told The Times that the Tory Chief Whip had knowingly instructed Mr Lewis to ignore his pairing situation and vote in order to ensure the government won the two crucial knife-edge Brexit votes.

According to The Times, the Tory Chief Whip is also said to have instructed two other Tory MPs to vote despite them also being paired with absent MPs.

However, after receiving further advice, the two other unnamed Tory MPs reportedly decided to ignore Mr Smith’s demands by choosing not to vote.

The Times also contacted the Tory Whips Office. Unsurprisingly they have refused to comment on these latest startling allegations.

Following these latest revelations which appear to show a brazen cover up by both the Tory Chairman and the Tory Chief Whip, many on social media have called for the Party to sack them:

If this is true then the chief whip must resign. It's a simple matter. Either his word is his bond or it isn't. https://t.co/o7OEsTU9tu

Wow!!! @SamCoatesTimes has revealed that Tory Chief Whip Julian Smith conspired with Brandon Lewis to cheat on Monday’s crucial Customs vote and then lied to the country claiming it as a ‘mistake’ they should both be suspended from parliament pic.twitter.com/1sRtoWciMQ

So Brandon Lewis flat lied to Jo Swinson when he said breaching the pairing agreement was an ‘honest mistake’.

The Tory Party now unable to maintain even the most basic levels of personal integrity. I smell a government rotting from the head down. https://t.co/WJbkC8HRmS

The Tories’ increasingly desperate and disgustingly deceitful behaviour really is making an absolute mockery out of Britain’s democracy.

Both Lewis and Smith should do the honourable thing and resign.

However, this would assume that either had any honour to begin with – something most Tories are quite clearly willing to discard in a heartbeat at even the slightest whiff of power.