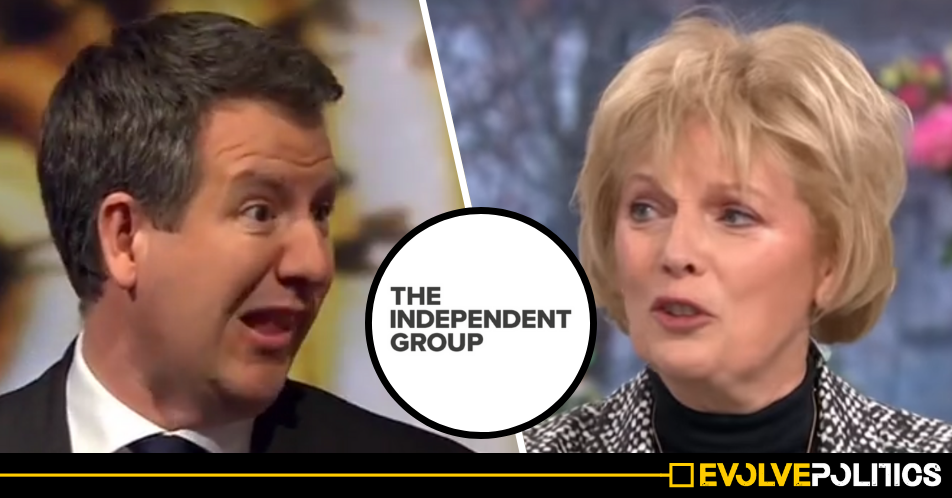 One of the former MPs who recently defected from the Labour Party to start the Parliamentary breakaway organsation, The Independent Group, has essentially confirmed in an interview that the new group will be strongly in favour of privatising public services, will not abolish tuition fees, and will not increase taxes on the wealthy or large corporations.

Speaking to The New Statesman just 10 hours after launching the Independent Group, the ex-Labour right-winger and now Independent MP, Chris Leslie, slammed Labour’s plans to take back public services – such as the Post Office and Trains – into public ownership, stating:

“It speaks to the controlling instinct of the hard left because there is a sort of view that John McDonnell sitting in the Treasury can mandate how many tractors are sold, or what trains should leave Euston at what particular time of day, or what should be the price of a stamp. The problem with the Marxist ideology is that it assumes this omniscience on behalf of the central controller.”

Leslie also took aim at Labour’s plans to tax the rich more and abolish tuition fees – referring to Jeremy Corbyn’s pledge to increase the top rate tax threshold for people earning over £150,000 from 45% to 50%, and his promise to completely scrap tuition fees for university students, by saying:

“it depends on the use of that revenue and the economic impact […] and the complete abolition of university tuition fees […] sounds great, the minor problem is: how do you pay for it?”

In addition to Leslie’s comments, Anna Soubry – the former Tory MP for Broxtowe who today defected to the Independent Group – admitted that she had no regrets about voting in favour of her former party’s devastating cuts, claiming that Tory austerity was:

“absolutely necessary and I don’t have a problem with that.”

Furthermore, Soubry also went on to claim that “the coalition government did a marvellous job” – this is despite the 2010-2015 ConDem coalition increasing tuition fees to £9,000 and instigating massive cuts to public services and welfare that were recently revealed to have caused “economic murder” with 120,000 people needlessly dying as a result.

Since their launch on Monday, The Independent Group have come in for stinging criticism after refusing to set out any clear policy platform – other than being staunchly anti-Brexit and in favour of a second referendum.

However, whilst the organisation are still yet to set out any collective policies, Leslie’s comments strongly indicate that the group will support the Tories on future measures to increase the privatisation of public services; to maintain or even increase tuition fees from their current world-record high level; and will inevitably support future Tory plans to decrease taxes on the most wealthy individuals and corporations.

Despite their single-policy platform, a recent Sky poll claimed to show that around 10% of the British public could support The Independent Group in a future election.

However, the Sky poll showed that the organisation would actually cut both the Labour and Tory vote significantly, with the Tories ending up on 32% and Labour’s share falling to 26%.

Whilst the Sky poll should obviously be taken with a large pinch of salt, the Independent Group are not even a political party yet, meaning that they are not eligible to take part in UK elections and are not eligible for an allowance of Short Money – public money allocated to genuine opposition parties.

However, as they have decided to simply register themselves as a Limited Company, they do not have to declare their financial backers – unlike political parties.

Given that their policy platform is likely to be highly pro-corporation, strongly pro-greed and vociferously anti-worker – added to the fact that their existence could help keep the massively pro-worker Labour Party out of No 10 – it would be safe to assume that large corporations will be looking to offer financial support the organisation, safe in the knowledge that their assistance will probably never be revealed.