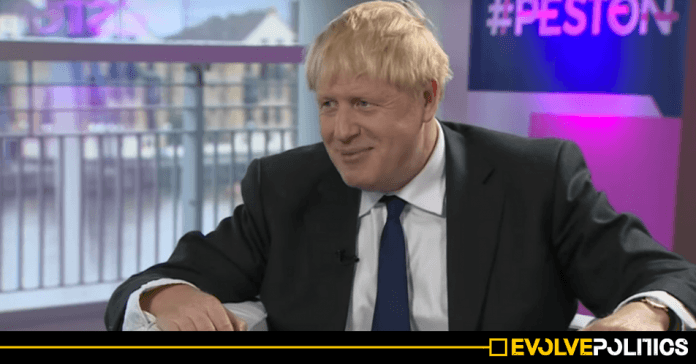 In an outcome that will surprise few, Conservative Party members have overwhelmingly chosen Boris Johnson – a serial liar and incompetent buffoon who has repeatedly spouted racist, homophobic and misogynistic slurs, and whose shameful voting record has always protected the interests of the rich and powerful over ordinary people – to be their new leader.

The new Tory leader is now expected to visit the Queen to assure her that he will be able to command a majority of MPs in the House of Commons.

However, with numerous Tory MPs actively mulling imminent defection to the Lib Dems, it could transpire that the new Tory leader is not able to give this assurance, and therefore may not be able to become Prime Minister.

With the Tories’ working majority currently standing at just 3 MPs, it would take just 2 Tory defections to tip the balance and ensure the Queen cannot immediately anoint Johnson as Prime Minister.

The leader of the official opposition, Labour leader Jeremy Corbyn, is expected to call a vote of no confidence in the new Tory administration imminently.

Numerous Tory MPs have taken issue with Johnson’s stance on Brexit, with the new Tory leader consistently refusing to rule out leaving the EU with No Deal or even attempting to suspend Parliament in order to push an unmanaged exit through.

In addition, Johnson also has a long and sordid track record of racist, homophobic, and mysoginistic comments.

Furthermore, Johnson has been repeatedly exposed as an outright liar, and was even exposed colluding with an old school friend to beat up a journalist.

If you think things are bad right now, just imagine if the Tories go and elect this lying, conniving, self-obsessed, racist as Prime Minister.

Posted by EvolvePolitics on Tuesday, 11 June 2019

With the Conservative Party already hugely divided over Johnson’s leadership, it looks increasingly unlikely he will be able to win a Confidence Vote of MPs.

Should Johnson lose a Confidence Vote, a General Election will be called if he cannot with another vote within 14 days.