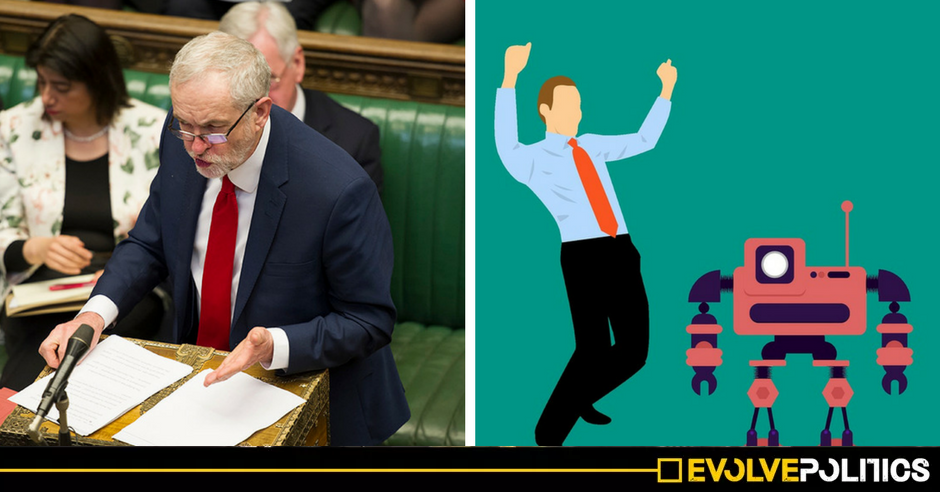 In comparison to the futurist utopian visions of the twentieth-century left, the reveries perpetrated by many in left-wing communities today are lacklustre and spiritless. There, I said it.

It appears that in the twenty-first century, the left are incredibly wary of technological evolution and economic growth. In fact, it could be argued that they are paradoxically and unwittingly some of the most clamorous critics of progress in the political sphere today. I do not blame them, per se, considering the dominance of a neoliberal ideology that has created a dystopian future seen as all but inevitable. However, the left has retreated into the comfort zone it has created over the New Right consensus: resist, resist, resist.

“Driverless trains? Self-service checkouts? They’re coming for our jobs”, I hear them cry.

Perhaps it is time for the left to say “let them”.

“Where did the future go?” ask Nick Srnicek and Alex Williams, authors of Inventing The Future, a bold, left-futurist vision for the post-capitalist world. We live in an era of secular crisis. Although the seeds were sown long before the financial crash of 2008, since then, it has become increasingly apparent that the only future vision offered by the political establishment is one of perpetual warfare and economic stagnation. There is a dominant narrative which says that there is no alternative.

The United Kingdom, along with much of the Western world, is suffering from unprecedented flat-lining pay and a decline in living standards. As house prices skyrocket and we are expected to do more with less, more and more of the populous are being unfairly stigmatised for relying on social security.

Although there has always been a steady increase in the prescriptions of anti-depressants since the domination of neoliberalism, after the economic collapse in 2008, they boomed to a stomach-turning degree. If we were to go back one hundred years from now and tell people about the great technological advances that have occurred, people would be expecting us to live in some sort of utopian paradise. The truth is, our world is anything but.

Srnicek and Williams are correct in saying that “only an alternative vision can bring about universal prosperity”. This is the left’s fundamental challenge in the twenty-first century. In terms of innovation and advancement, the current economic consensus is dead in the water.

The public are mostly aware of the torrid effects of capitalism, yet they either see no way around it or decide that the benefits outweigh the costs for them as an individual. Collective action problems, cost benefit analysis: some of the core assumptions of rational choice theory which were once regarded as the butt of academic jokes have become a self-fulfilling prophecy.

This is why it is the left’s task to create a vision that trumps the benefits of capitalism instead of just castigating the costs. It is time to embrace the inevitable shift in society that is occurring: the ever growing presence of technology and automation in many different industries in place of human employment. This will pit two competing visions against other.

The current future on offer is the suffering and poverty that will be created by corporate conglomerates using automation as justification for structural unemployment, stagnant wages and exorbitant living costs while their profits sky-rocket. The left should not play to the tune that technology is an enemy or an oppressor, but see it as a potential liberator and a path towards a world without work. Instead of letting technology organise society, organising ourselves around technological potential could create a society where we can have more and work less. This is coined as ‘fully automated luxury communism’ and ‘MontBlanc for the masses’ by co-founder of Novara Media, Aaron Bastani, who describes this vision of a post-capitalist economy as “the political adventure of our lifetime”.

Enhanced automation in the workplace and the ownership of the means of production for the collective good means the fruits of the great leaps forward in technological furtherance will be spread justly and proportionately. There is potential for drastically reduced working hours supplemented by a universal basic income, allowing for the increased leisure time that we all desire today. Not only will this greatly improve quality of life and living standards, but will serve to redistribute wealth and create a more equal society.

How does this occur? The truth is, it won’t if the left continue to stubbornly indulge in the fantasy that any time now the public will spontaneously switch allegiances. We need to accept the reality that this vision of a better world can only be achieved with a long-term, counter hegemonic strategy advocated by the likes of Italian neo-Marxist Antonio Gramsci. It is true that there is a place for direct action and resistance. However, there needs to be a sophisticated strategy over decades to win the battle of hearts and minds ready for the inevitable organic crisis of the state that will spark a reconstitution of what Nicos Poulantzas describes as the ‘power bloc’.

For proof of this, we must learn from the dominance of neoliberalism and the expertise of the New Right in hegemonic politics. Once regarded as a crackpot theory in an era of Keynesianism, the New Right not only seeped into academia, but created their own institutions, think tanks and establishments decades before the 1970s. They were ready for when the crisis ensued. Without our own sophisticated ideological framework the task at hand is verging on the impossible. However with the right strategy, the left can go from raising questions to formulating answers. Those answers have the capability and flair to liberate society and create a world we all know is possible.