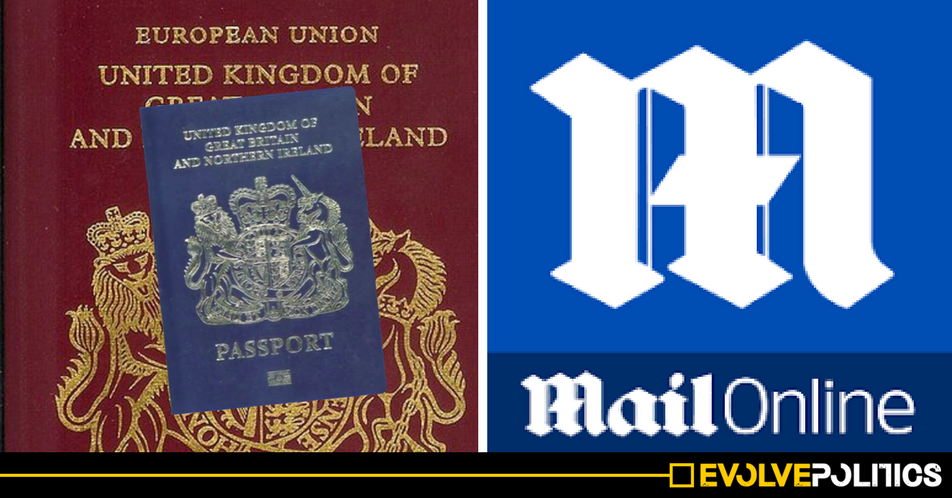 It was possibly the defining moment of Brexit so far – a moment that will live long in infamy for its sheer stupidity, and one that aptly summarised the blissful ignorance and blind-faithed-belligerence of the typical British Brexiteer: Yes Brits were finally ‘getting our blue passports back’.

The war-cry was heard across the land – a veritable multiplicity of gammon-faced, straight white men proclaimed the return of blue passports as the moment Britain finally vanquished the demonic European Union and bravely, heroically, declared its symbolic independence from the tyrannical organisation.

The right-wing media was typically awash with praise for the return of blue passports, and their readers were finally getting a taste of the promised land where ‘Britain was back British’.

But then came a piece of news that – had many Brexiteers not chosen to simply ignore it and repress the reality from their cognitive dissonance-fearing brains – would have surely started a process of reasonable discussion about the lies our press have told us about the EU. Yes, the EU didn’t actually stop Britain from having a blue passport. In fact, Croatia – who are an EU member state – have a blue passport.

Yet, unsurprisingly, the right-wing, Brexit-loving press did their best to ignore this inconvenient fact – thus, thankfully, sheltering the country from an inevitable explosion of cognitive-dissonance intoxicated Brexiteers.

However, today came news about blue passports that the right-wing press were unable to ignore. It was exactly what the Brexiteers had feared. Yes, our soon-to-be-cherished, truly British, bulldog-spirited, shiny-new British blue passports were to be made by… oh god… I can hardly bring myself to say it… BLOODY FOREIGNERS!

The Daily Mail were so enraged by the awarding of the blue passport contract to a French/Dutch company that they ran three separate articles on the same exact story!

But, as ever with the Daily Mail, some of the finest content can be found below the article itself in the mind-numbingly dispiriting rantings of their ever-graceless readers in the comments section. And here are some of the best/worst/most ridiculous:

This first one doesn’t need any annotation:

Then there was this Daily Mail reader who presumably voted Tory and Brexit but blames the EU for the wholesale privatisation of Britain’s utilities:

And just so we don’t forget where we live (and remember to use the Caps Lock when we want to emphasise something):

Then there was this Daily Mail reader whose cognitive-dissonance induced EU-hating haze appears to be slowly lifting as they finally begin to realise it wasn’t the EU making us do ridiculous things after all – it was the Tories wot done it: 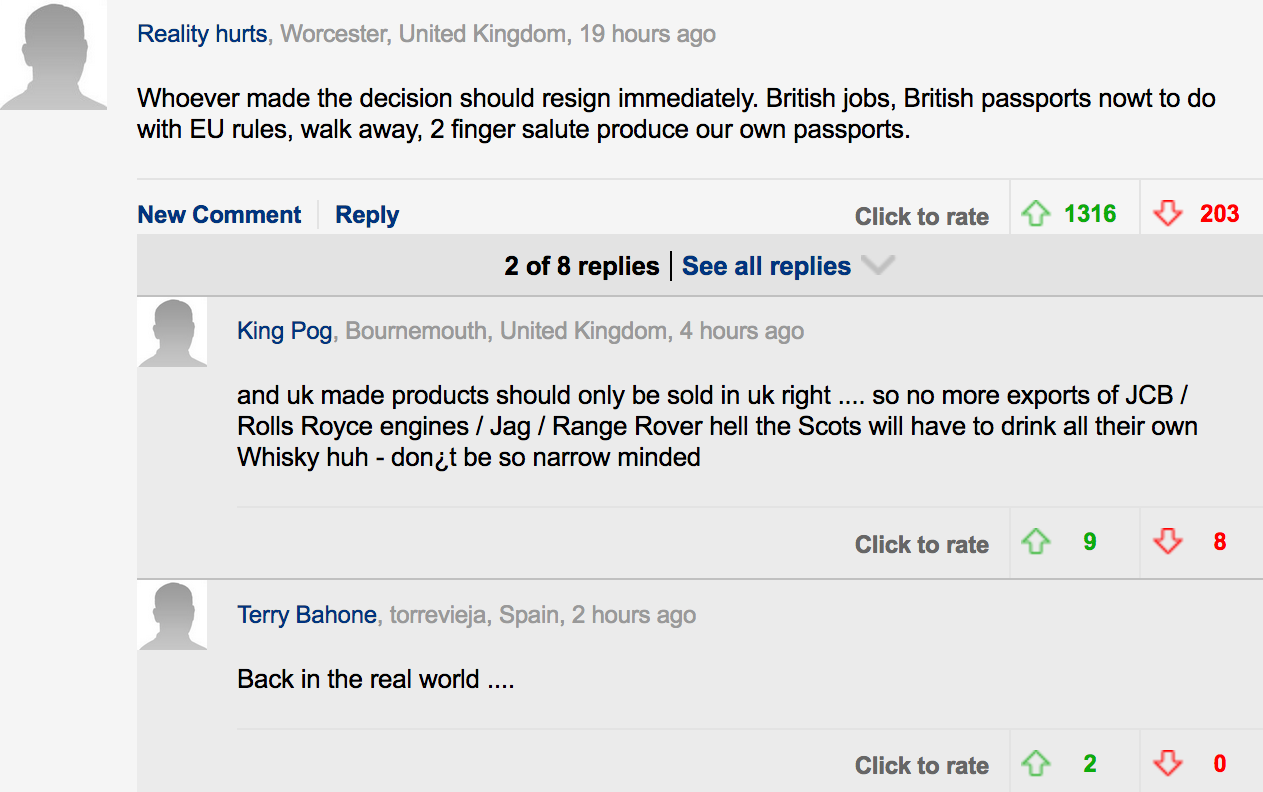 This next guy isn’t wrong (apart from the fact that ‘laughingstock’ definitely isn’t one word): 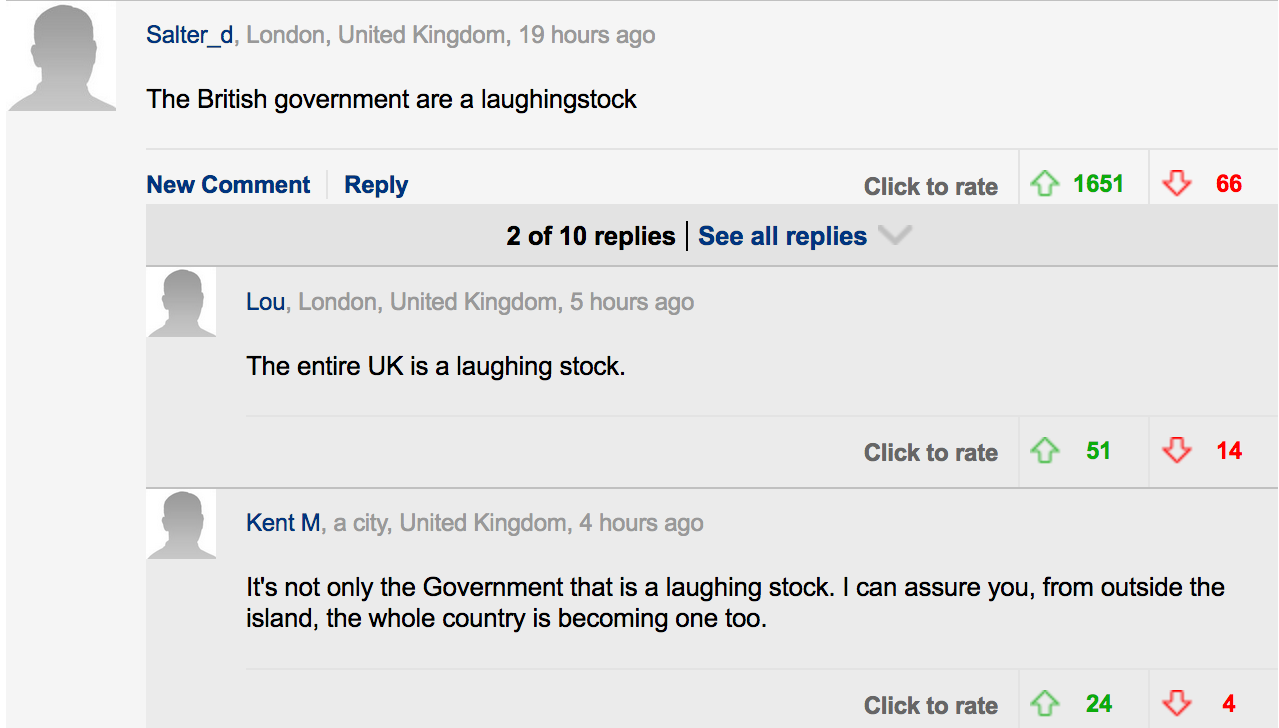 And I’ve got no idea who this next guy thinks are to blame for the decision:

And who says Daily Mail readers don’t like anything that’s brown:

This despicable traitor doesn’t think our national flag is THE BEST IN THE WORLD any more:

Then there was this ever-so patriotic Brit forgetting to check their Americanised spellcheck (amongst numerous other deeply ironic grammatical errors):

YOU’RE JOKING? NOT ANOTHER ONE!

This guy thinks the French manufacturers will just hand them out to immigrants for a laugh:

The guy replying certainly knows his FACTS. You can tell because he has capitalised the word “FACT” (Despite the fact he is 100% wrong – the EU literally doesn’t care what colour our passports are):

Aren’t Daily Mail readers supposed to be proud of everything British? Not our language it seems:

And things just continue to get more depressing down on the DM comments board:

And finally there was this one guy who summed up the ridiculous contradiction of the whole situation – much to the enragement of one loyal DM reader: 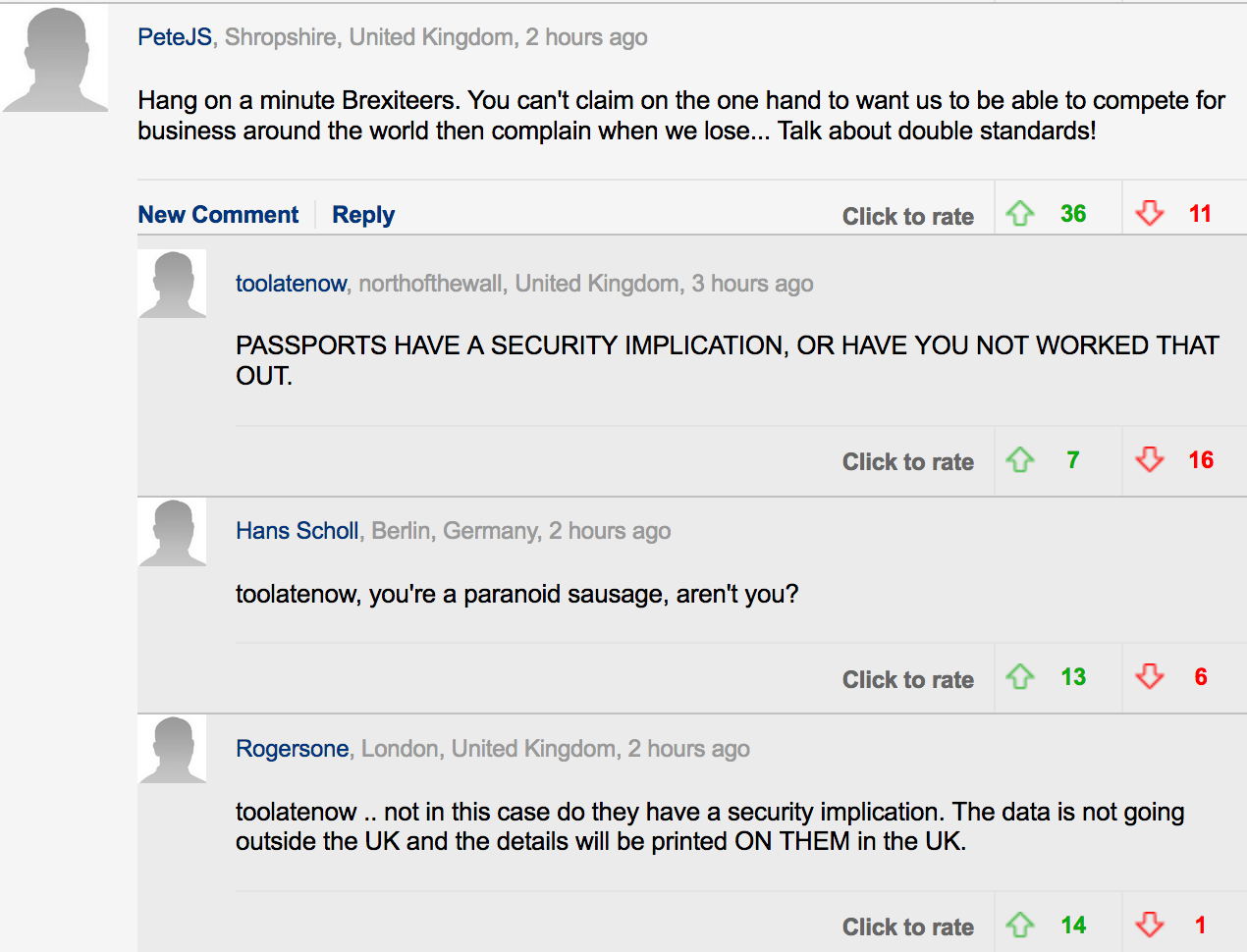