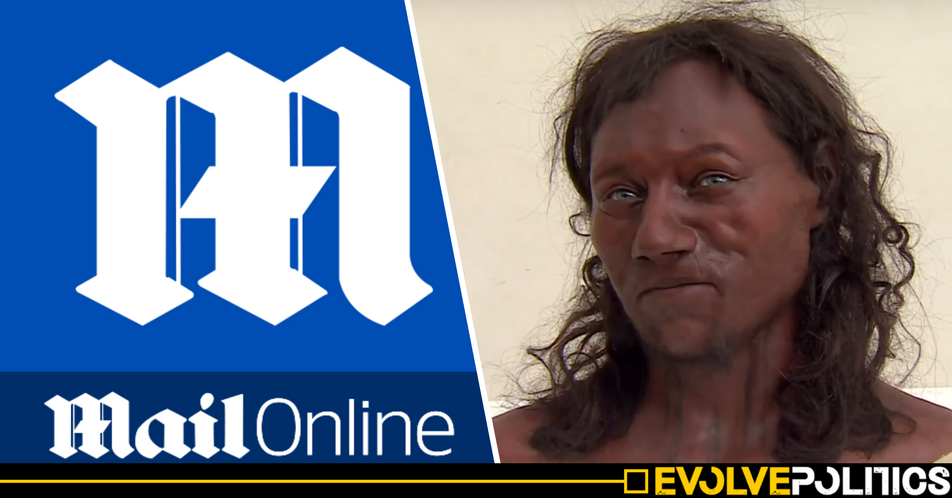 Britain woke up to the incredible news this morning that, after analysing DNA from the skeleton of a man who had lived in Britain 10,000 years ago, scientists had discovered that the earliest humans to inhabit Britain actually had dark skin, contrary to previous assumptions. And to say that readers of the Daily Mail weren’t impressed would be an understatement.

The fossil, commonly known as Cheddar Man, was first unearthed more than 100 years ago in Somerset, and it was initially assumed that he would have had pale skin and fair hair. However, after painstaking analysis of his DNA, scientists have been able to prove otherwise.

After drilling a 2mm hole in his skull to extract a few milligrams of bone powder, scientists were able to sequence Cheddar Man’s full genome – results which categorically prove that the earliest British settlers were definitely not as white as many triggered Daily Mail readers were expecting.

Scientists now firmly believe that these new findings categorically prove that the earliest ancestors of modern Brits would have had black or dark brown skin.

However, despite the overwhelming scientific evidence, the ever-open-minded and definitely not rabidly racist Daily Mail readers, as one might expect, were having absolutely none of it.

Firstly there was this inexplicable statement:

One reader attempted to question the findings of the study by asking ‘They got all that from a skeleton?’. A question which found a swift and stinging response:

And then there were the Daily Mail readers who simply wanted to deny the findings without providing any evidence or ideas to the contrary:

One surprisingly thoughtful (but inexplicably misguided) Daily Mail reader questioned whether Cheddar Man – a man who lived 10,000 years ago in a time when people definitely didn’t have access to speedy modes of transport as we do today – may have just popped over to Britain on a day trip:

On hearing the news that Cheddar Man had blue eyes, one inordinately scientifically-savvy Daily Mail reader tried to disagree with the entire scientific community – asserting that, far from our DNA being responsible for our eye and skin colour – these things actually just change due to whether it’s raining outside:

Another commenter agreed with Spirit of Cromwell’s entirely baseless statement, arguing that:

I hate to be the one to break it to them, but it’s actually relatively common, with numerous celebrities displaying the trait.

Then there was another Daily Mail reader who seemed to struggle slightly with the concept of how science works:

At least the next Daily Mail reader had the courtesy to apologise for the fact they were flat-out denying the findings of science for no apparent reason:

Then there were these three indescribably crazy comments in quick succession:

And then there was this next DM reader who certainly knows their history:

All in all, I think it’s safe to agree that reading Daily Mail comments on a subject like this really does make you want to gouge your own eyes out in frustration after a while.