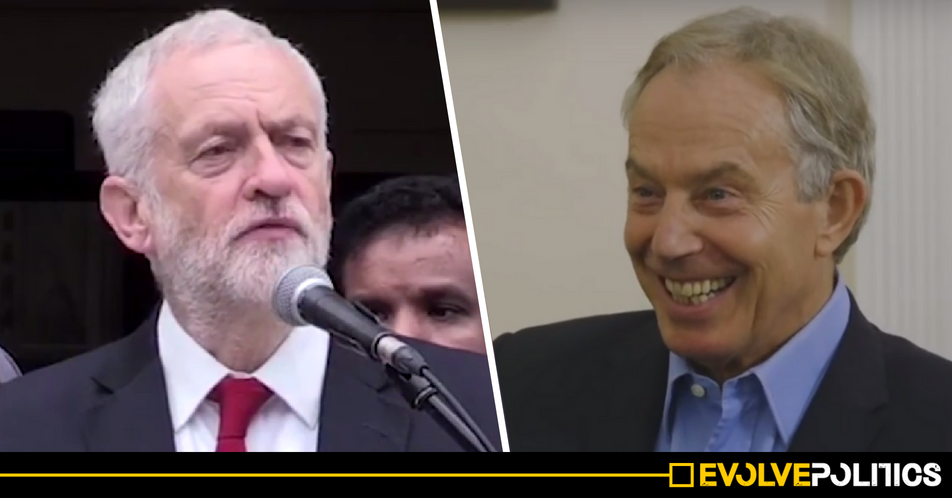 Following the snap General Election in 2017, Jeremy Corbyn ended up being a mere 2,227 votes short of becoming Prime Minister. But now, astonishing new information has revealed that had it not been for the actions of a small number of disloyal anti-Corbyn Centrist Labour Officials who actively worked against the democratically elected leadership in the run up to the election, the Labour Party may well have been able to gain the extra votes they needed to form a government.

A new book written by Ed Miliband’s former Director of Communications, Tom Baldwin, has revealed that a number of so-called ‘moderate’ Labour Campaign Chiefs secretly refused to run numerous adverts devised by the Labour leadership team because they did not approve of the left-wing messages contained within them.

The Labour Officials are said to have been able to deceive Corbyn and his leadership team by specifically targeting the adverts at the Labour leader and his closest allies, rather than the voting public as they were meant to.

The deceitful Labour Officials believed that adverts such as one urging people to register to vote were not worth spending money on, and instead decided to pour the money into running adverts with different messages.

In the book, entitled Ctrl Alt Delete: How Politics and the Media Crashed Our Democracy, Baldwin writes:

“In 2017, Labour Party officials became so good at targeting Facebook ads, they were able to deceive Jeremy Corbyn about the kind of campaign they were running,

When they were told to pay for nationwide ads they regarded as madcap, such as one on voter registration, they made sure that few saw such messages except a tiny slice of left-wing activists.”

Going on to say that:

“If it was there for them, they thought it must be there for everyone. It wasn’t. That’s how targeted ads can work.”

The revelation that so-called moderate Labour Campaign Chiefs deceived Corbyn because they thought they knew best has unsurprisingly caused consternation amongst Labour activists.

Jeremy Corbyn’s former spokesman, Matt Zarb-Cousin, suggested that the secret refusal by centrist Campaign Chiefs to back their twice democratically elected leader’s message may even have cost Labour the election, writing on Twitter:

“So @ShippersUnbound has details of how Labour HQ conspired against the digital strategy of Corbyn’s team in the general election. Imagine if the PLP and party staffers just got on with their jobs, we might actually be in government now.”

So @ShippersUnbound has details of how Labour HQ conspired against the digital strategy of Corbyn’s team in the general election. Imagine if the PLP and party staffers just got on with their jobs, we might actually be in government now…… https://t.co/Zgbo8aPaIi pic.twitter.com/LKtvEoeu9H

Zarb Cousin also went on to lambast the Labour right-wing, accusing them of sabotage, and adding that:

“The brass neck of that lot saying Corbyn failed by not getting a majority in 2017, when they were actively sabotaging the leadership from within for years and explicitly so during the general election campaign. No wonder they had faces like smacked arses when the exit poll landed”

The brass neck of that lot saying Corbyn failed by not getting a majority in 2017, when they were actively sabotaging the leadership from within for years and explicitly so during the general election campaign. No wonder they had faces like smacked arses when the exit poll landed

And speaking to The Independent, Zarb-Cousin said:

“Before the 2017 election, I remember rebutting endless stories that could only have come from selective leaking by HQ, so this latest revelation is no surprise.

If every member of staff at Labour HQ just got on with their jobs, Labour might be in government now. Thankfully, next time an election comes around everyone will be pulling in the same direction, giving Labour the best possible chance of winning.”

In just 6 weeks from April to polling day on June 8th 2017, Jeremy Corbyn’s Labour Party were able to turn their initial disastrous polling of just 25% into a staggering 40% – gaining the biggest swing towards the party in more than 70 years and stripping Theresa May and the Conservatives of their majority in the process.

The extraordinary feat was achieved in large due to a radical left-wing manifesto that promised the renationalisation of key utilities, a massive house-building programme and a major investment initiative.

Corbyn’s manifesto – entitled For The Many, Not The Few – was leaked early, with rumours emerging at the time that the same so-called moderate Labour Southside Campaign Chiefs who were later to deceive him had leaked the document in the belief that it would be widely ridiculed by the general public, and in order to hasten Corbyn’s exit as leader.

However, rather than go down like a lead balloon as the leakers had presumably imagined it would, the manifesto was received with adulation by both the general public as well as, astonishingly, a large section of the corporate media.

However, despite the left-wing ideas contained in the manifesto receiving widespread praise, and despite Labour’s polling numbers skyrocketing after widespread positive coverage of the manifesto, it seems many within the Campaign HQ were still not convinced that Corbyn and his leadership team knew what they were doing – a pig-headedness which may well have cost Jeremy Corbyn the 2,227 votes he needed to become Prime Minister.

Well, it’s either that or sabotage – we’ll let you decide.