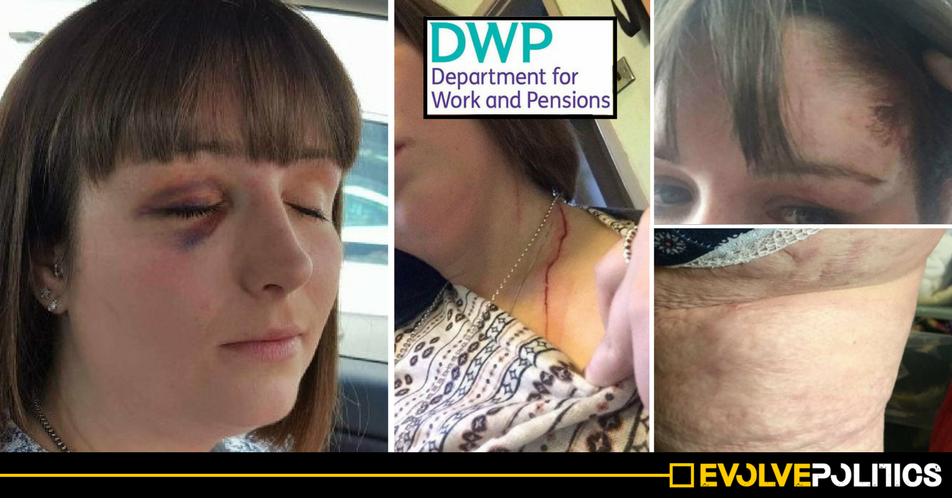 A young woman with severe epilepsy so bad that it has caused numerous serious injuries and means she cannot work or drive was scored zero on a disability assessment and told to find a job by the DWP.

Pippa Hammond’s epilepsy once caused her to set herself on fire after dropping a hairdryer, which burst into flames and caused third degree burns to her legs.

Hammond says she has four or five serious injuries each year because of her condition – these have included cuts to her head after falling in the shower, a dislocated shoulder and a deep cut to her neck from falling on a knife. She needs to be supervised in the bath and shower, can’t drive, and has not been able to find a job after being let go from a voluntary position at a charity shop after suffering a seizure.

Previously, she was receiving £450 a month Disability Living Allowance (DLA), but when she was assessed for Personal Independence Payment (PIP) – the benefit that replaced DLA – she scored zero on every aspect of the assessment and was told she would not receive any disability benefit and would need to claim Jobseeker’s Allowance (JSA) instead. This is despite being clearly unable to work, and needing a great deal of help and supervision in her daily life.

DLA was replaced by PIP in 2013, with everyone in receipt of DLA being required to undergo an assessment for the new benefit. The change was made under then-Work and Pensions Secretary Iain Duncan Smith, who intimated that a lot of people were getting disability benefits when they shouldn’t, and that others were putting in fraudulent claims:

Seventy per cent of people on it have lifetime awards which means no one sees you ever again. It doesn’t matter if you get better or your condition worsens – it’s quite ridiculous. We’ve seen a rise in the run-up to PIP. And you know why? They know PIP has a health check. They want to get in early, get ahead of it. It’s a case of ‘get your claim in early’.

The changes meant that even those who have life-limiting conditions or are permanently disabled have to be reassessed periodically.

Labour MP Angela Eagle recently asked a written question about how many people scored zero in PIP assessments. The answer was that over 200,000 people scored zero in either the mobility component, the daily living component, or both. Which rather suggests that 200,000 people were claiming to be ill or disabled when in fact they were fit and healthy. In fact, recent figures show that 19% of those who asked for a mandatory reconsideration had their awards increased, whilst 63% of appeals were successful.

The government has spent over £100m in two years on trying to stop claimants getting the benefits they’re entitled to. Even a former Tory Minister has admitted that “something is seriously wrong with the system”. There has been huge criticism of the private firms that carry out the assessments, with a recent report to Parliament showing that up to 56% of Capita’s assessments were unacceptable.

In Pippa Hammond’s assessment, she says that the assessor didn’t write down much of what she said and:

He was very young and he didn’t listen much. I kind of felt like he wasn’t very interested.

The Work and Pensions Committee recently held an enquiry into PIP assessments, and were deluged with people wanting to share their experiences of appalling assessment processes. One of those who gave evidence was Nikki, who said:

Apparently I walk my dog daily, which was baffling because I can barely walk and I do not have a dog!

She wrote I arose from the chair without any difficulty. I was in bed the whole time (she let herself in) and I only have the one chair in the room and she was sitting in it. She said that I had no difficulty reading with my glasses yet I do not wear glasses to read.

Whilst Sarah’s experience was this:

The assessor stated that I could do a variety of things that I can’t actually do. She said I chat to people on the phone each day and have no problems going out and about and interacting with people. In reality though, I am practically agoraphobic, suffer from terrible anxiety, avoid seeing people if at all possible and never chat to anyone on the phone.

Clearly, there is a huge problem with PIP assessments. And although the DWP claims that it has abandoned targets for upholding mandatory reconsiderations, the fact that people like Pippa Hammond are refused all help suggests very strongly that its assessors are working to targets to refuse benefits to as many people as possible in the first place.