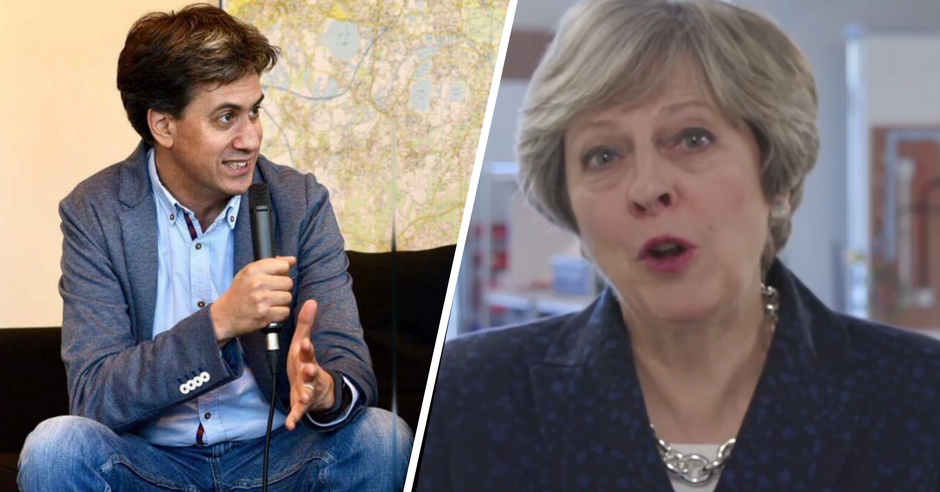 It’s safe to say that Ed Miliband has certainly had his Weetabix this morning.

Once famed for his awkward mild mannered persona, Miliband has found a new lease of life on Twitter in the last year. But this this morning he really took things to a new and extraordinarily unexpected level.

And with over 13,000 retweets in just over 2 hours, it’s safe to say that his blistering anti-Tory rant has really struck a chord with the general public.

Describing the Tories as a ‘ludicrous, incompetent, absurd, make it up as you go along, couldn’t run a piss up in a brewery bunch of jokers’, Miliband’s uncharacteristically fierce rant managed to provoke a delightful reaction from numerous fellow Twitterers:

What an absolutely ludicrous, incompetent, absurd, make it up as you go along, couldn’t run a piss up in a brewery bunch of jokers there are running the government at the most critical time in a generation for the country.

God I bet that felt good to write.

However, many were also unimpressed that it has taken the former Labour leader this long to show real passion in opposing the Tories:

Where was this honesty and frankness when we needed it from you!?

Politicians are a funny bunch, they only grow some testicles once they’ve retired. So easy to criticise from the sidelines. “Well, I wouldn’t have done that!”.

Whatever your views of Miliband, it’s extremely hard to argue against his tweet today.

In failing to keep the DUP informed about her negotiations with the EU regarding the Irish border, Theresa May and her Tory negotiating team have displayed an inexplicably disastrous naivety that has even managed to render fanatical Tory lackeys virtually speechless:

Never seen anything like this. Seems May really didn't square the DUP before making offer to the EU. Staggering. Absolutely staggering.

Furthermore, with the DUP’s emergency statement declaring Northern Ireland would accept no ‘regulatory divergence’ from the rest of the UK after Brexit, DUP leader Arlene Foster exposed Theresa May’s pitiful political weakness for all to see.

What Foster’s statement also did was open up the floodgates to numerous accusations that the Tories were looking to keep Northern Ireland in the Single Market and the Customs Union in order to avoid a hard border between the Republic – something that managed to enrage all sides of the Brexit spectrum.

Sadiq Khan pounced on the statement to insist that London should be given the same special deal as Northern Ireland. Likewise Nicola Sturgeon with Scotland, and then Labour-led Wales wanted in too.

The events of yesterday have exposed an astounding political incompetence, the likes of which even Evolve were unprepared for.

And Miliband’s extraordinarily blunt summation of the current Tory omnishambles is something that everybody at Evolve wholeheartedly agrees with.

With such widespread negative feeling against May’s handling of negotiations across the political spectrum, the next few days really could prove fatal for her increasingly desperate premiership.