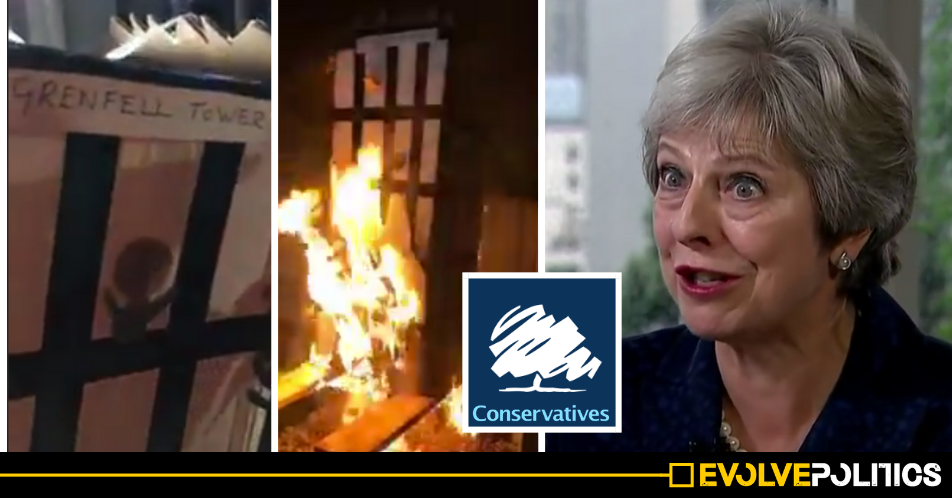 Numerous members of the group who sickeningly burned an effigy of Grenfell Tower during Bonfire Night celebrations on the weekend regularly attend their local Conservative Club in South Norwood – an institution officially linked to the Conservative Party through the the Association of Conservative Clubs, and formerly Chaired by the late Tory MP and ex-Speaker of the House, Bernard Weatherill.

On Monday, a video emerged showing a group of Bonfire Night revellers laughing and joking as they burned an effigy of Grenfell Tower, complete with paper cut-outs of brown and black figures hanging out of the windows.

Following the horrific video going viral on social media, five members of the group were detained by South London police on suspicion of a public order offence.

However, despite nationwide outrage at the groups’ actions, and despite the potential criminality of their “joke”, pictures of two of the Grenfell Tower effigy burners still adorn the South Norwood Conservative club’s Facebook page.

Two photos of Bobbi Connell, the youngest member involved in the despicable prank, are still displayed prominently on the Tory club’s page: 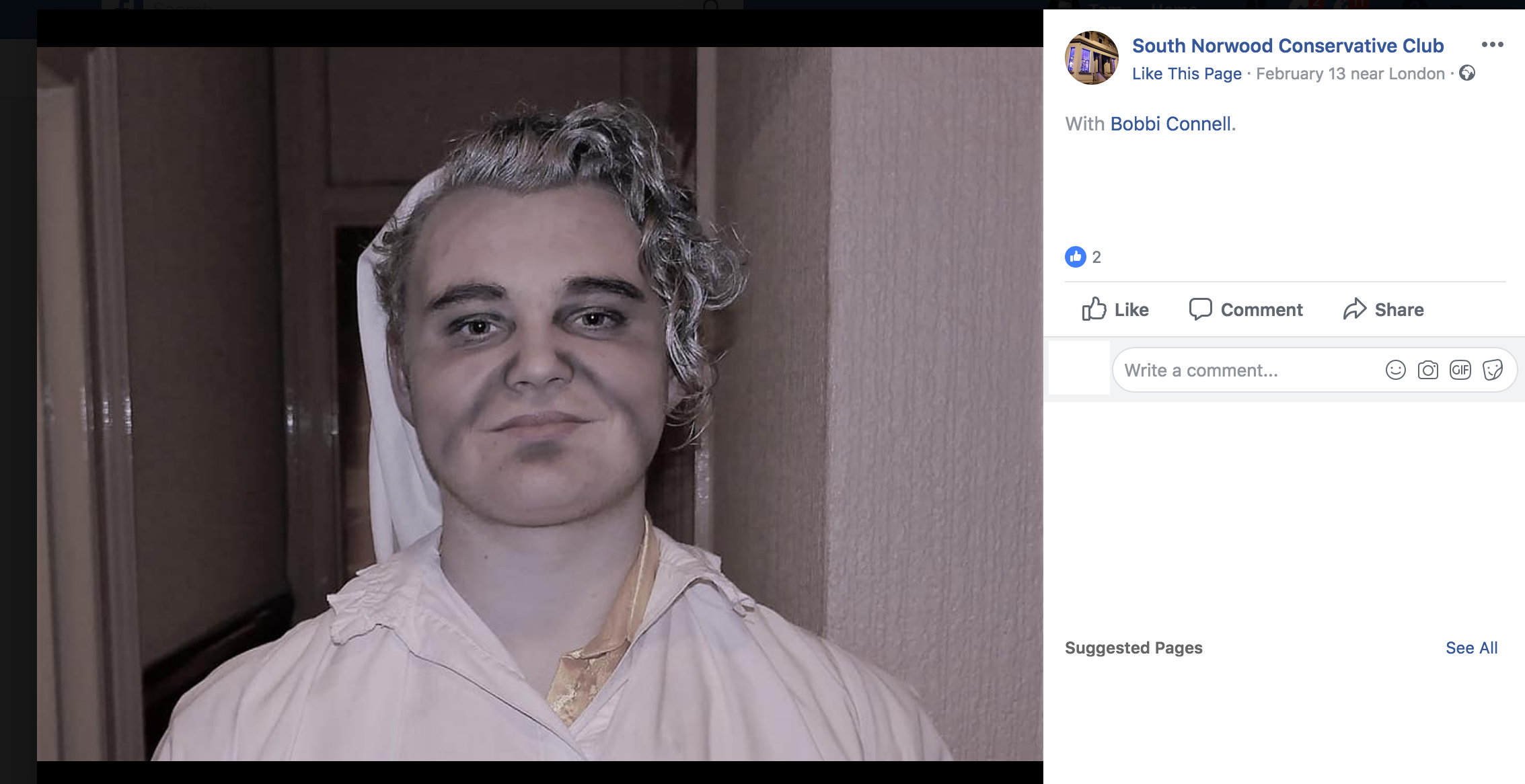 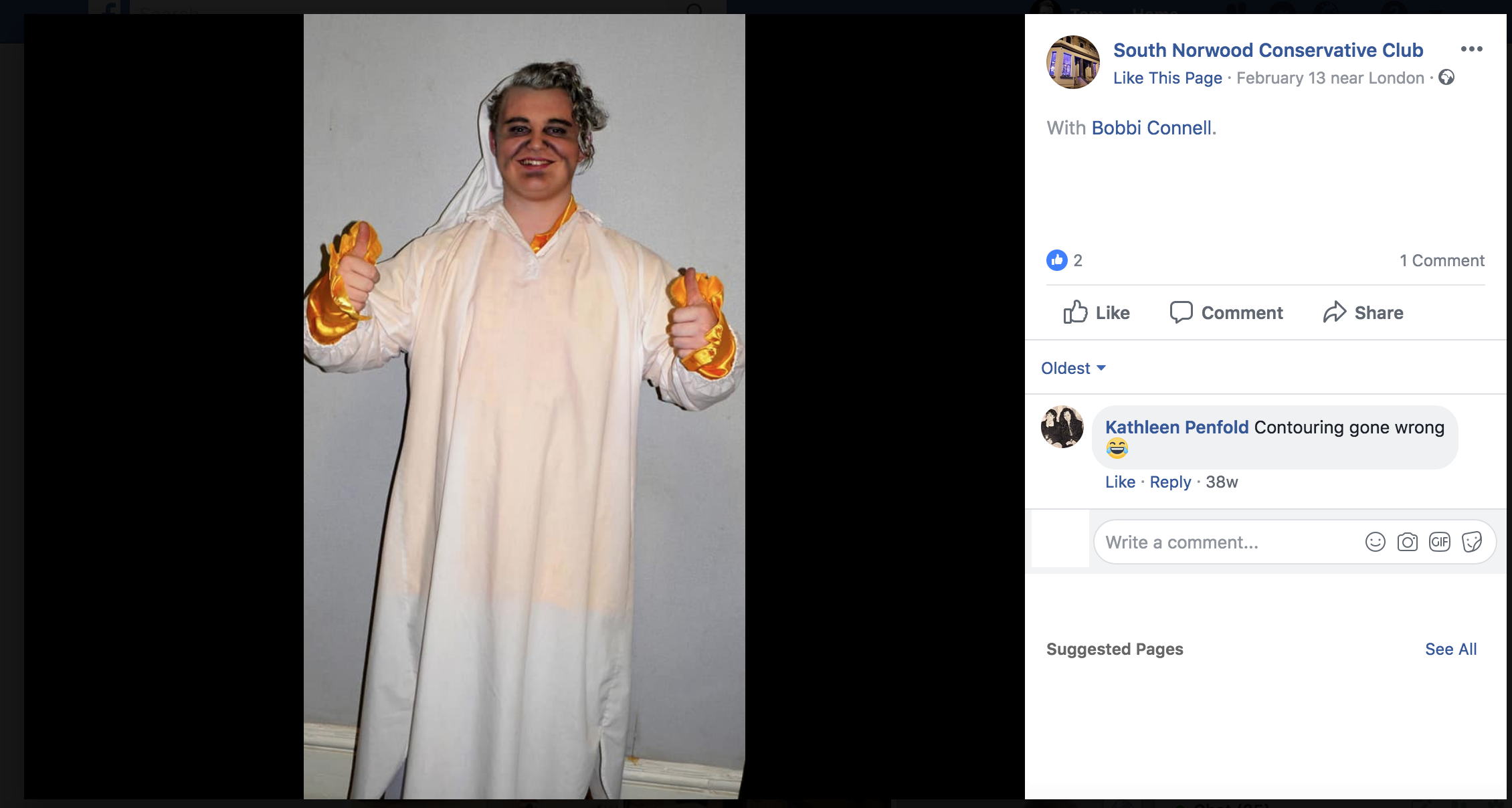 And a picture of Connell’s father, Clifford Smith – widely regarded as the ringleader behind the callous Grenfell effigy stunt – has also yet to be removed from the Conservative Club Facebook page: 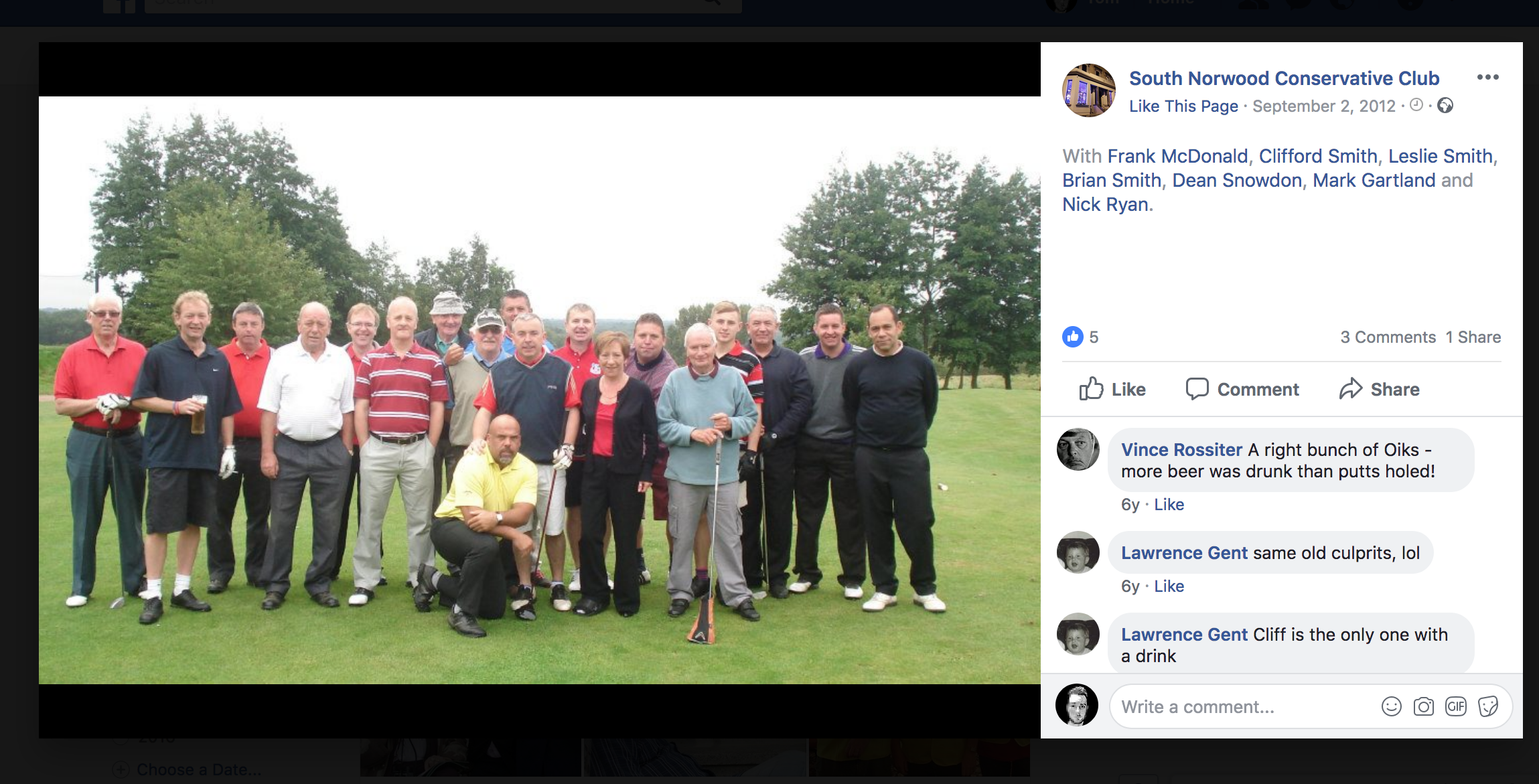 [UPDATE: Following Evolve Politics’ exclusive article exposing their links to the group who burned an effigy of Grenfell Tower, South Norwood Conservative Club have not only removed the picture of Bobbi Connell and Clifford Smith, they have deleted their entire Facebook page.]

The Conservative Club’s website also proudly boasts it has been “visited by [former Tory Prime Minister] Winston Churchill” and that “Some of the past Chairman include [former Tory MP] Bernard Weatherill.“

Conservative Clubs across the country are officially linked to the ruling Conservative Party, with the current serving Tory Peer and official Tory Party Treasurer, Philip Smith, Baron Smith of Hindhead, serving as the Chief Executive of the Association of Conservative Clubs.

Membership of Conservative Clubs is strict, being subject to both an application and an interview, meaning that any potentially unsavoury characters who might bring the Conservative Party into disrepute should have been weeded out by the Club Secretary and the Committee.

“To join the SNCC please submit an application form, which are available from the club or on the link below. The application must contain the name, address and signature of two existing club members. If you do not know anybody who is a member you are welcome to come along and get to know us before joining.

Once we receive your application form it will be reviewed by the Committee and the applicant will be invited to an interview at the club.

Following a successful interview, membership will then be offered to the applicant.”

When contacted, the bar manager of South Norwood Conservative Club refused to deny that Clifford Smith, Bobbi Connell, and another member of the Effigy burning group, Paul Bussetti, were members of the Tory club.

Given the despicable nature of the group’s so-called ‘prank’, added to the nationwide outrage that it has caused, these links to the Conservative Party will be of huge embarrassment to the Prime Minister, especially at a time when the party is attempting to shed its historically racist image.