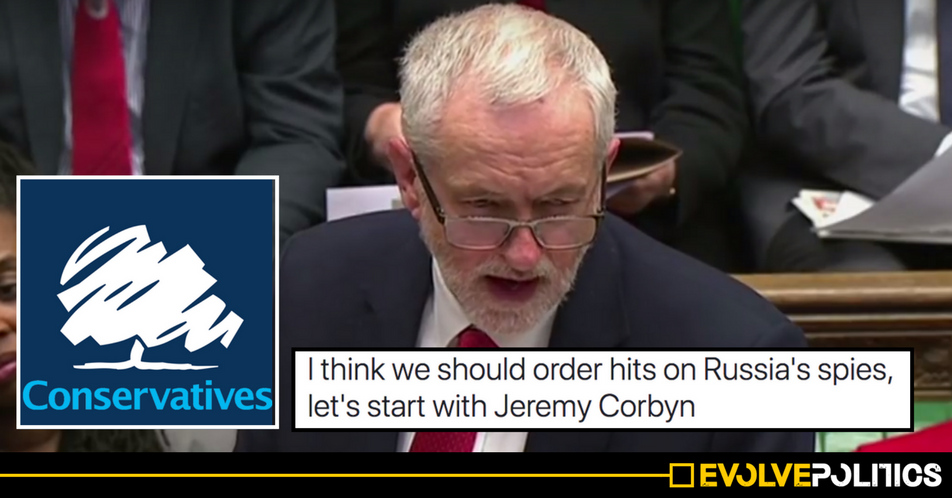 Despite numerous complaints, now including one from Evolve Politics, Facebook have categorically refused to remove a post from a Tory-supporting page calling for the Labour leader Jeremy Corbyn to be assassinated.

The post from the Tory supporting meme page ‘Conservative Memes for Tory Teens‘ sarcastically says “I think we should order hits on Russia’s spies”, before going on to say “let’s start with Jeremy Corbyn”.

When Evolve Politics reported the post we received a generic message explaining that the post doesn’t contravene their guidelines, despite calling for the leader of the opposition to be murdered. 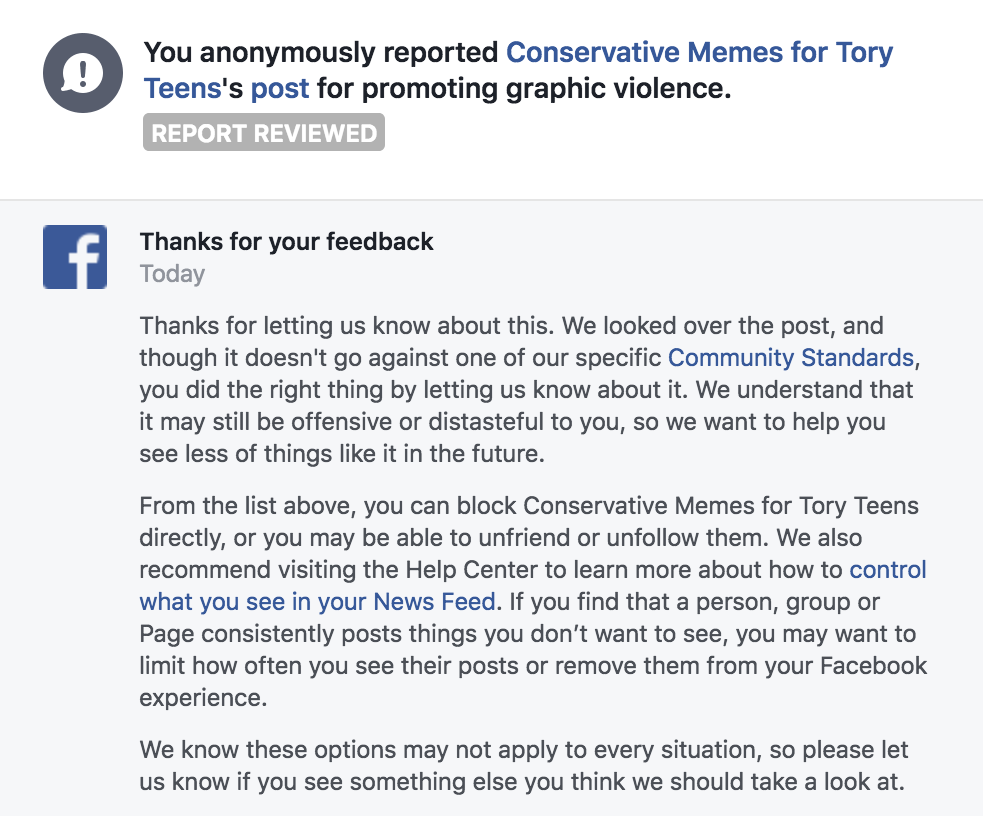 Responding to one comment on the page which says “Your post has been reported to the police!“, one admins of the page simply responded by saying:

“It was a joke chill“

“why do u hate freedom of speech?“

Before another Facebook user replied to clarify to the admins that what they’ve posted is literally against the law, stating that: “Free speech is great as long as it is not advocating violence. When it does advocate violence it breaks the law. Anyway must be nearly your bedtime. Nite nite.”

The Admin of Conservative Memes for Tory Teens responded to Evolve Politics’ request for comment by stating:

“Hay yeah I would like to say that this fb page as it lasted really helped with my depression, I have been struggling with it for a while and this page really helped me, I was a big fan of politics and enjoyed taking part, unfortunately due to threats to myself, my family and Torys in general I am taking down my meme page, idk what I’ll do now, maybe I’ll find happiness maybe I won’t and do something stupid, but that doesn’t matter does it? As long as you got a kick out of it that all that matters, especially from a page run by 1 person posting crappy memes with no where near 1000 followers but I’m glad u think it’s a big deal“

Evolve Politics attempted to respond to the Admin of the page to offer advice and support regarding their mental health condition, but it appears that the page has now either been deleted or suspended.

Evolve Politics have also contacted Facebook directly to ascertain whether or not it is now their policy to simply allow death threats again sitting politicians to be published on their platform without any consequence. As of the time of publishing, Facebook had not responded.