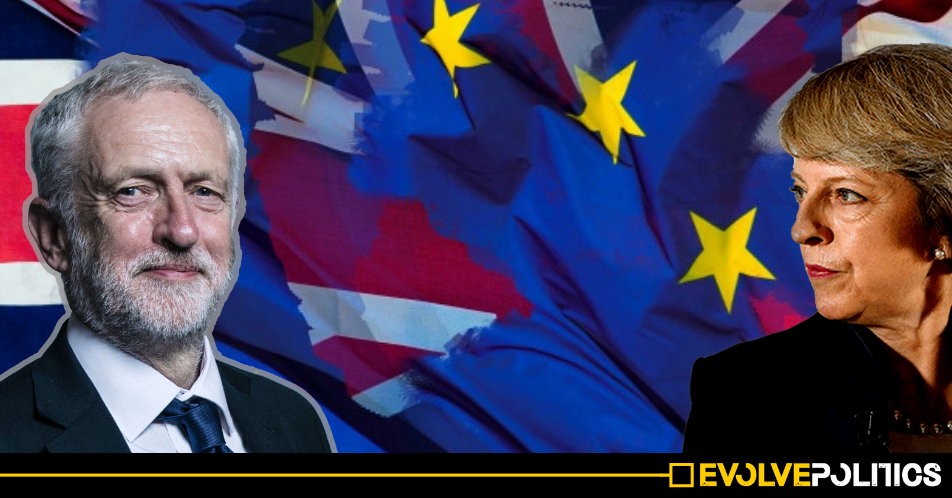 The majority of Labour supporters – myself included – know full-well that Brexit won’t solve any of Britain’s many problems. However, despite the fact that I voted Remain – and would do again if I had the chance – I fully support Jeremy Corbyn’s stance on Brexit for one extremely simple reason: getting the Tories out of government will help far more people than stopping Brexit – and unfortunately, given the way Britain’s electoral system works, it is now impossible for us to have both.

For the past few months, the Labour leader has endured an increasingly ferocious level of criticism from all angles – from high profile Labour supporters and members, assorted high-profile Centrist celebrities, and a large section of the mainstream media – over the party’s stance to respect the result of the Brexit referendum.

This criticism reached fever pitch last week after The Guardian published a widely-shared article, headlined ‘Corbyn: Brexit would go ahead even if Labour won snap election’, which somehow managed to elicit widespread rage from large sections of anti-Brexit campaigners despite the fact that the interview only really restated existing Labour policy.

High profile celebrities such as J.K Rowling and Gary Lineker, along with prominent Labour members and anti-Brexit campaigners such as Lord Adonis and Alistair Campbell, subsequently laid into the Labour leadership – accusing Jeremy Corbyn of a ‘betrayal’ over his continued refusal to reject the result of the 2016 Brexit referendum.

Yet, whilst in an ideal world most Labour supporters would dearly love to see Britain remain in the European Union as well as having a truly progressive Labour government in power, this combination is, unfortunately, now impossible.

The truth is that, not only did the 2016 Brexit referendum tear straight across Britain’s previously immovable left/right political voting divides, it also effectively split the UK right down the middle.

And yet, whilst some hardcore Remain supporters continue to argue that a majority of the public have changed their stance and now want to remain in the EU, the reality is that there is very little evidence to show any significant shift in public opinion has occurred since the referendum. Despite two years of unbroken Brexit-related political turmoil, all polling suggests that any second referendum would only ever result in a very marginal victory either way – a scenario which could only ever serve to entrench division and further inflame our current political instability.

Many pro-Remain campaigners have also used the argument that the 2016 Brexit referendum should be declared void and rerun, referencing the Electoral Commission’s ruling that the Vote Leave campaign breached the £7m spending limit by almost £500,000, as well as pointing to multiple breaches of electoral law by the unofficial Leave.EU campaign.

However, this argument ignores the fact that not only were numerous Remain campaigners also fined for spending irregularities, £9m of public money was spent by David Cameron’s government – in addition to the £7m allowed by the Electoral Commission – to literally lobby the public of the benefits of Remaining in the EU.

And, whilst it is clear that the Leave side told blatant lies about the supposed benefits of leaving, Remainers were also guilty of the same tactics – making particularly nauseating warnings about the likely prospect of World War III and the entire ‘destruction of Western political civilisation‘.

Given the fact that similar lies and spending irregularities happen in almost all elections, using these things to simply nullify the result of any democratic decision – especially a result which the British establishment clearly doesn’t like – would completely destroy public trust in politics.

Therefore, with public opinion still deeply divided, and with the legitimacy of the result equally tarnished by both sides, the only sensible position to take is – as has happened with every other referendum held in the UK – to simply accept how the British public have voted and implement the result in the best way possible. This is Labour’s stance.

If Labour were now to change tact and advocate to Remain, or even to simply campaign for a second referendum with ‘Remain’ on the ballot, it would result in an irreversible breakdown in trust between Labour and the 40% of their supporters who voted to leave – and the Labour leadership know this.

Furthermore, any u-turn in Labour’s Brexit policy would hand the Tories an incredible amount of ammunition to label Labour as anti-democratic – a charge which the general public, including a large portion of remainers, including myself, would be hard-pressed to disagree with.

The fact is that more than half of the electorate voted to leave the European Union, and it is clear that Labour will not be able to win power without the support of a good portion of these people. Therefore, rejecting the Brexit vote – for whatever reason – would be a surefire way of losing the vast majority of this support, and ensuring the Tories are allowed to stay in power for decades, in one fell swoop.

If, as hardcore Remain campaigners are claiming, a majority of the general public really are desperate to simply ignore the result of the referendum to remain in the EU, it seems particularly odd that the parties who advocate this stance – the Lib Dems, the Greens, the SNP and Plaid Cymru – are currently only polling at little more than a combined 10% across the country.

All the facts show that this hardcore remain stance is entirely out of touch with public opinion, and given the nature of our First Past the Post (FPTP) electoral system, the only feasible way to ensure the Tories are kept out of power at the next election is by trying to bring the country together by advocating a sensible compromise – one which respects the result of the referendum, but which also ensures the most economically-beneficial future relationship between the EU and the UK.

The Tories have created ruin for ordinary British people. And the disgraceful rise in rough sleeping; skyrocketing poverty; the decimation of our public services; the destruction of secure well-paid jobs, and almost an entire decade of wage stagnation, are all things which have all happened whilst we’ve been both a member of the European Union and with a Tory government in power.

The EU may well have been economically and socially beneficial to the UK as a whole over the last 40 years, but the one huge thing it cannot do is prevent the horrific effects of domestic Conservative Party rule.

But now, the British left faces a stark binary choice. Does it choose to support remaining in the EU at the severe risk of ensuring decades more of Tory rule? Or does it choose to support the one party finally willing to abolish and replace the Tories’ failed and catastrophically damaging neoliberal dogma at the cost of our EU membership?

For me, the choice is obvious.