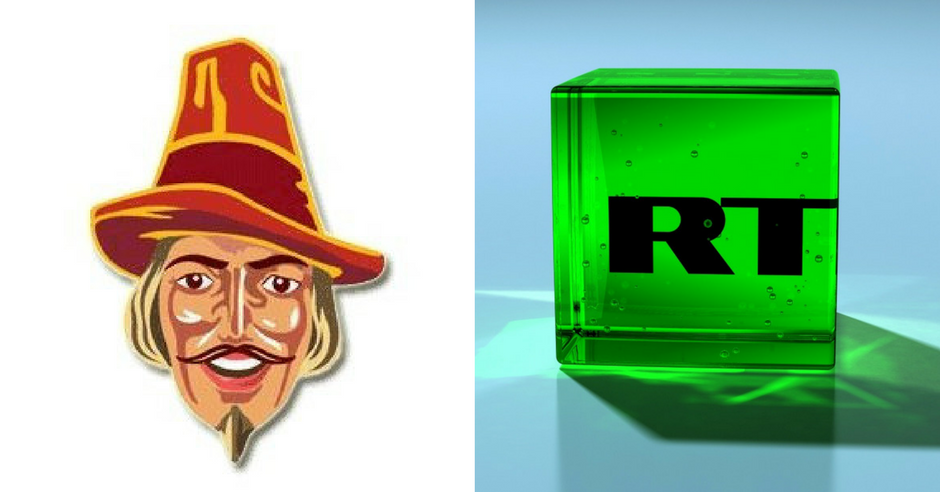 In a piece published this week, right-wing blog Guido Fawkes has slammed Labour MPs for taking what they called ‘Moscow Gold’ – by appearing on programmes such as Sam Delaney’s News Thing, which is broadcast on Russia Today (RT).

They lambasted Chris Williamson MP, among others, for their appearances on the state broadcaster as declared in the Register of Member’s Interests.

What our friends at Guido failed to mention was that not only have more Conservative MPs appeared on Russia Today than Labour MPs over the last two years – but they’ve also taken more money from them as well.

If they cared so much about this issue, surely they would think this is worth reporting? Apparently not.

Now, we don’t really see the issue either way – but it’s important to highlight a bit of hypocrisy when it reveals itself.

Evolve Politics can reveal that their Chief Reporter (at least that’s what he calls himself on Twitter), Ross Kempsell, appeared on Russia Today himself last year. It is unknown whether he got paid for his interview with RT International in 2016.

Interestingly, he’s taken to lampooning Labour MPs for appearing on Russia Today via Twitter too, as well as criticising RT for being investigated by broadcast regulator Ofcom.

Again, if he cares so deeply about the issue, as opposed to indulging in pernicious anti-Labour point scoring – surely he would have objected to this interview?

Seems like it is make your mind up time for Guido Fawkes.

Disclaimer: The author of this piece, Matt Turner, appears on RT along with many other outlets as a political analyst – and is more than happy to do so. Unlike Mr. Kempsell, he isn’t having an identity crisis.