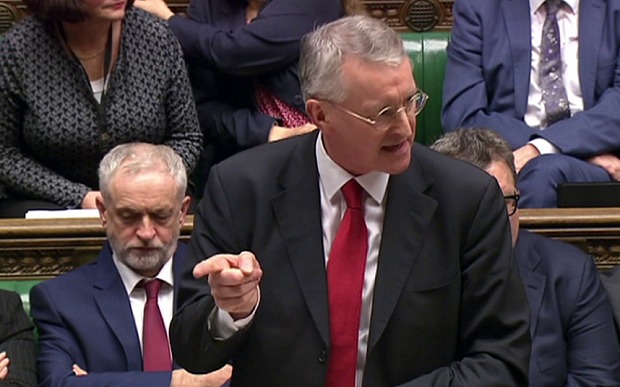 The vote on extending airstrikes into Syria brought tears to my eyes; tears that turned into bursts of anger and rage at the failure of our Government.

After the results, I stopped, and I thought. How many Syrians will wake up and find their lives destroyed by our bombs? Or will they even wake up at all?

The battle has been lost in the commons, but we still have a war to win. Not a war of bombs and fear, but a war of ideology and truth. The pressure that we all put against this Government, the constantly moving public opinion on, and the failures of the ‘War on Terror’, are all telling of our progress, but we can’t give up.

The MPs who voted in favour of this motion are now directly accountable to the outcome of these bombs.

The Labour party; as expected, was deeply divided on air strikes, with over 60 MPs voting against their leader, Jeremy Corbyn. So what happens next?

Corbyn needs to keep building the case against intervention, he needs to continue to change public opinion by fighting for his rational foreign policy, and ultimately seek to end the dispute within the Labour Party when these air strikes inevitably reap the unintended consequences.

What Corbyn needs to do is set out a list of aims he wants airstrikes in Syria to achieve, even though he is against them. He needs to demand evidence that Daesh are being destroyed as a direct result of British intervention and that the Government do not attempt to hide their failures. He needs to tell his PLP that if his aims are not met, then he will be holding them accountable for it and will deselect them if need be, even his own cabinet.

Hilary Benn has come out of this vote as an apparent contender to the Corbyn leadership, being hailed as a brilliant speaker, and far better than Corbyn of making a point to the house.

Hilary may well be a brilliant orator, but so was Hitler.

Now, I am not making any direct comparisons between Hitler and Benn, but the ability to speak very thoughtfully and provocatively is something they do have in common. I guess my point here is, it is not the ability to talk that makes your argument on the winning side; it is the contents of what you are saying.

The bill for air strikes had been rushed through as soon as Cameron could fit it in, making sure that the waning of public support did not continue. But we are a country who has done this. We have been in this situation before, and we really should know better by now.

I may weep, I may get angry, but everybody needs to come together now, especially the Labour Party.

The left is under fire from every part of Britain. We should all be weeping for the devastation that this decision will bring about in Syria. We should all be angry that our government has continued the cycle of terror, but we cannot let this divide us.

There is still a debate to be won about our position in the world, about our involvement in Syria and the state the war on terror has left us in. Just because our elected representatives voted for something in Westminster does not mean that their decision is the right one.

We need to get out there, we need to spread the word and we need to make sure we do not lose faith in what we can do as a collective.

There is always hope.