Home UK News Defence I visited Kobanî and saw how UK-armed Turkey is trying to destroy... 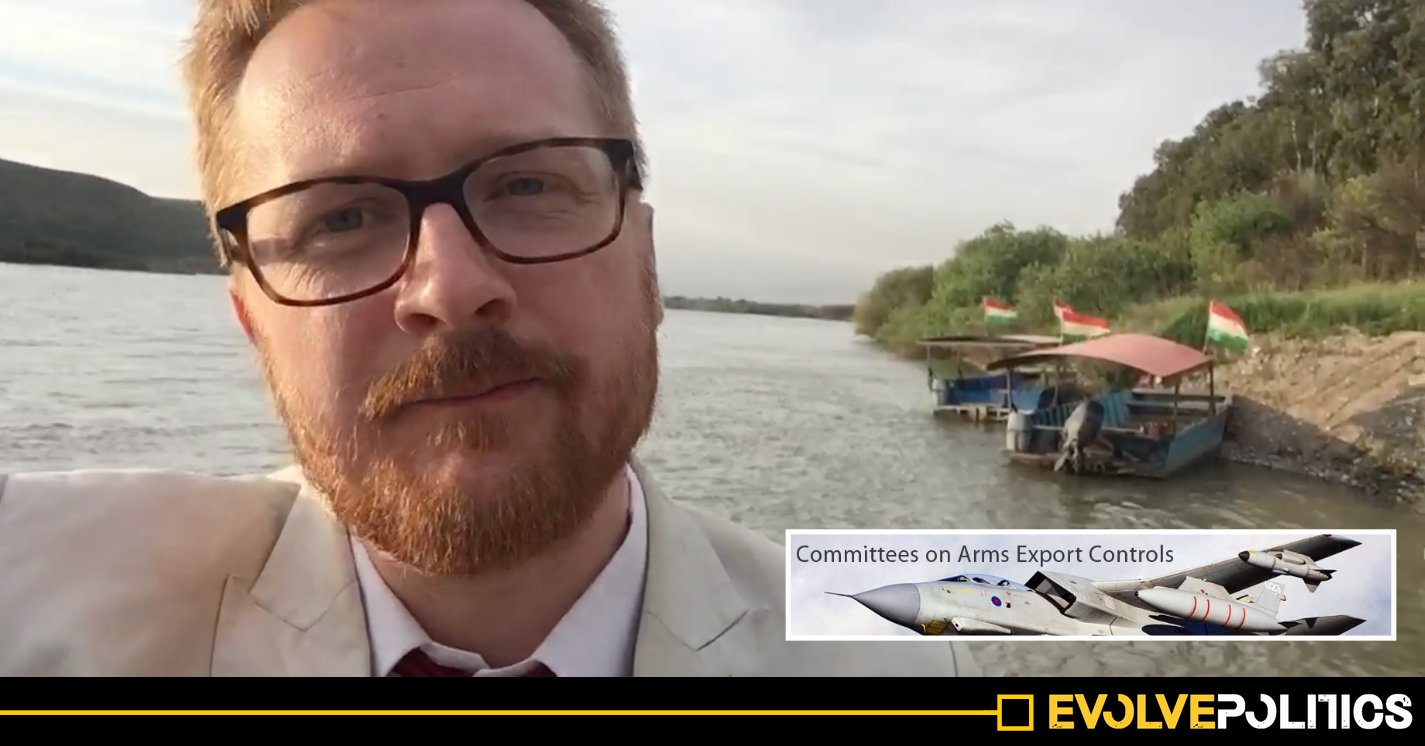 In the fantasy of Islamic State, Dabiq, an unremarkable town in northern Syria, was where a prophetic battle would be fought between Christians and Muslims for the fate of humankind.

But under Russian and Western airpower, Islamic State was routed from Syria by mostly Kurdish fighters, and from Iraq by the state’s special forces and Shia paramilitaries.

The self-declared caliphate came to an end, as did its hopes for an eschatological reckoning and the end of the world.

Dabiq now lies at the crossroads of another potential conflict. It is located in rebel held territory between an expansionist Turkey, which now holds Afrin to the west, and to the east, the YPG, a socialist Kurdish outfit that has done most of the heavy lifting against Islamic State.

Last month Turkey shelled its way into Afrin, a fertile mixed Arab and Kurdish enclave previously untouched by the Syrian Civil War, and deployed Islamist groups on its payroll to kick out Kurdish civilians who had lived there for generations.

Many of the Islamists who captured the town believe that the Kurds are not Muslims and threatened them with decapitation unless they repent and convert.

Seeing the writing on the wall, the YPG retreated along with thousands of Kurdish refugees past Dabiq into the Kobanî Canton.

Turkey has now said that YPG “terrorists” must move out of the Kobanî Canton too or it will move its fight east. Turkey’s war aim is to carve out a sphere of influence in northern Syria free from Kurds, populated by Arabs willing to answer to Ankara.

Kurdish military leaders and politicians in Kobanî, where I spent last week, told me the Russians had offered to defend the YPG against the Turks if they renounced their allegiances with Britain and the US and pledged their subordination to Assad. They refused, saying that social democracy cannot be compromised by dictatorship and days later Turkey attacked them in Afrin.

In Kobanî, the town many will remember was in 2014 almost destroyed by IS’s failed attempt to take it from the YPG, I met the people who had survived the assault and are weary of the other looming. I met orphans who had been captured; Islamic State had removed their fingers so that they would be forever reminded of what happened to their families.

The Kurdish community rebuilding Kobanî see little difference between the Islamists of Islamic State and those backed by Turkey.

Despite the authoritarianism they face on all sides the, the YPG-defended Democratic Federation of Northern Syria is building a very effective form of direct democracy on the ground.

The YPG, which was established after the Syrian Civil war began, has transformed its territory through a bottom-up governance structure driven by local assemblies and defended by secular multi-ethnic military units. Women hold half the seats in all local assemblies and co-chair every municipality. No ethnic group is allowed to dominate. The assemblies have established schools which will teach socialism and popular literacy programmes for adults. The area is one of the few beacons of light in Syria today because it is ruled by the consent of the population there.

The Syrian Civil War has entered a new phase, which looks like an endgame and the UK does not know which side it is on.

To put it mildly, The UK’s Syria policy, under the dubious control of Boris Johnson, is at sea.

Our government has embedded the SAS with the US in Manjib, a town in the Kobanî canton, but Trump literally wavers by the day on whether he intends to keep the US on the ground in Syria at all.

The UK has sat idly by as our only ally on the ground, the YPG, has come under the bombardment of Turkey and its Islamist proxies, who according to British and Kurdish military sources have been responsible in recent weeks for the deaths of Sergeant Matt Tonroe, an SAS sniper, and Omar Alloush, a member of the Syrian Democratic Council, seeking to bridge gaps between Kurdish and Arab communities.

Britain has more clout to negotiate peace in Northern Syria than embedding a small and exposed force with the wavering Americans against a Russian-backed Turkey.

The Department of International Trade has defined Turkey as a priority market for its promotion of UK arms sales. Since 2016 the U.K. has licensed to Turkey £213m in arms, principally aircraft, helicopters, drones, grenades, small arms and ammunition.

Theresa May also signed a £100m deal for additional U.K. aircraft to be provided by BAE Systems and TAI, which has been awarded with an Open General Export Licence to ease the flow of weapons between the UK and Turkey.

Rather than issuing the boilerplate statements of “urging Turkey to avoid any escalation in violence” while “recognising its legitimate interest in the security of its borders”, Britain could use the leverage it actually has.

Putting the West’s arms sales on the table would strengthen its negotiating hand at securing a peace in northern Syria that maintain areas under the democratic control of our allies in the Democratic Federation of Northern Syria.