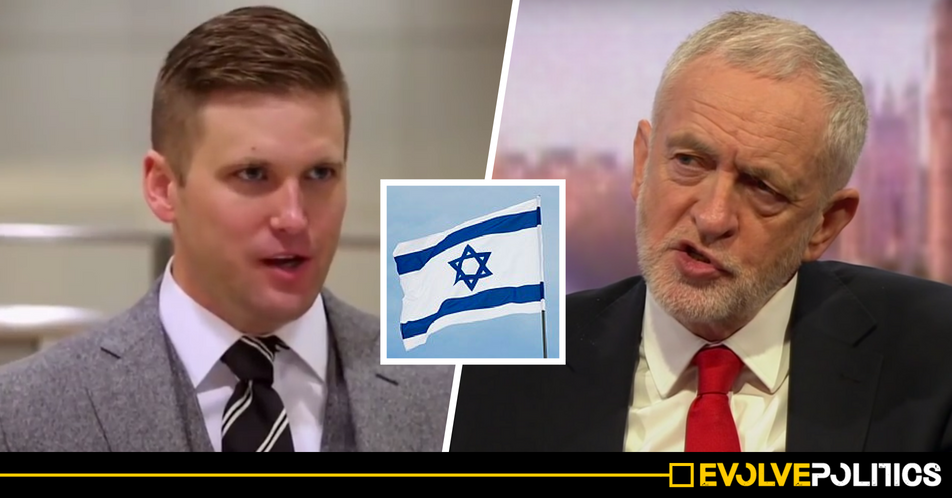 At face value, this specific line in the document doesn’t seem particularly controversial – especially given the horrific atrocities committed by the Nazis during the holocaust, and that comparing the policies of one nation to those of the regime that came very close to completely annihilating their people, is obviously an incredibly emotive and potentially deeply offensive move.

However, the Israeli government’s treatment of the Palestinian people has been widely criticised by many for decades – with even the United Nations describing Israel’s policies towards Palestinians as being ‘apartheid’ in nature, and of being clearly racially discriminatory.

But now, following widespread inaction from the International community, the Israeli government has felt emboldened enough to go much further in their discriminatory treatment of the Palestinian people – introducing a new piece of legislation called the ‘Nation State Law’, which openly puts the rights of Jewish Israeli residents far above those of Arab Israeli citizens, who constitute 20% of the population.

Until now, and despite widespread controversy over them, the actions and policies of the Israeli government have been more or less accepted and endorsed by mainstream Jewish organisations across the world. However, the Israeli government’s decision to push through this latest Nation State Law has severely divided opinion throughout the Jewish establishment, with many predicting that such an openly discriminatory policy could do significant damage to the perception of the Zionist vision.

But the Israeli government’s latest piece of legislation has come in for praise from some – most notably from the openly Fascist leader of the National Policy Institute (NPI), Richard Spencer.

The NPI are an American white supremacist think tank whose agenda is easily comparable with those of Adolf Hitler and Nazi Germany.

Furthermore, Spencer is openly antisemitic himself – declaring that he wants America to establish a white ethno-state where he proposes forcing Jews and people of colour to be segregated from white people.

Spencer has also been brazenly outspoken in his antisemitism, stating in an interview last year about the white supremacist rally in Charlottesville where his supporters were heard openly chanting “Jews will not replace us“, Spencer said:

“Jews are vastly over-represented in what you could call ‘the establishment,’ that is, Ivy League educated people who really determine policy, and white people are being dispossessed from this country.”

And now, in a series of tweets that will surely deeply worry the Jewish community across the world, neo-Nazi advocate Spencer outlined his support for Israel’s Nation State policy, stating:

“I have great admiration for Israel’s nation-state law. Jews are, once again, at the vanguard, rethinking politics and sovereignty for the future, showing a path forward for Europeans,

The criticism of the nation-state law has mainly taken the form of scolding Israel for not “balancing democracy with its identity as a Jewish state.” This is simply wrong.

Democracy is rule by the people; it has nothing to do with the technicalities of the form of government (parliamentarian, dictatorship, etc.) or a state’s immigration policy. The nation-state law is the most democratic of laws. There is no “balancing” that needs to take place.

The liberal media’s critique of the nation-state law as “undemocratic” reveals their own mendaciousness. When they say “democratic,” they don’t actually mean rule by the people; they mean a liberal, multicultural social order.”

The fact that a literal Nazi is now supporting the widely-criticised and openly discriminatory Nation State policy put into law by Israel proves beyond doubt that the IHRA definition of antisemitism is not fit for purpose.

Whilst the Israeli government are clearly not committing atrocities anywhere near on the scale of Nazi Germany, the fact that their policies are now being openly endorsed by a man whose agenda is easily comparable to Hitler’s should be of huge concern to those who truly support Israel and the plight of the Jewish people.

Spencer’s endorsement shows that the Nation State law is a clear sign of creeping fascism at the heart of the Israeli government – and, should the Labour Party be forced to implement the IHRA definition of antisemitism without the amendments they have made that allow legitimate criticism of the increasingly racist policies of Netanyahu’s administration, Labour members who call out such discriminatory policies could soon see themselves suspended from the party under the guise of antisemitism.

Israel's new policy is literally being praised by a Nazi.

This statement, however undeniably true it now is, will soon get Labour members kicked out of the party if the NEC is forced to adopt the widely-criticised IHRA working definition of antisemitism without amendment. https://t.co/Y7nYmfQff8