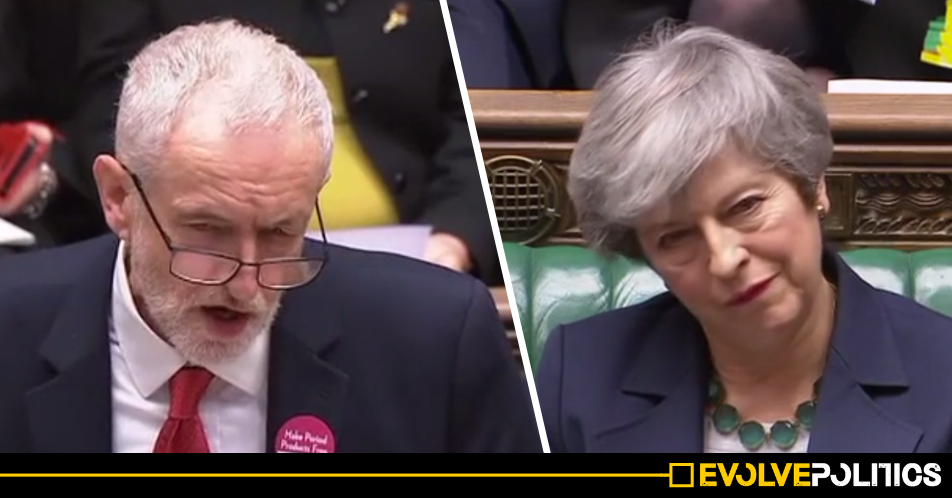 The latest political poll, conducted by one of the UK’s most accurate pollsters during the 2017 General Election, shows Jeremy Corbyn’s Labour Party have taken a four-point lead over Theresa May’s Conservatives amid widespread concerns over the government’s shambolic handling of Brexit.

The wide-ranging survey, conducted by Survation on 15th March, shows support for the Tories has plummeted by five points since the last poll in January, to just 35%.

Meanwhile, support for Labour rose by 3 points to 39% – giving Jeremy Corbyn’s party a 4-point lead over the government.

Elsewhere, support for the Liberal Democrats remained stable at 10%, whilst, perhaps surprisingly, UKIP failed to make any gains amid the government’s calamitous handling of Brexit, breaking even on 5%.

The Survation poll also surveyed public opinion on Brexit, and showed that an alternative soft Brexit plan that keeps the UK in the Customs Union and the Single Market – similar to that proposed by Jeremy Corbyn’s Labour Party – was supported by 45% of respondents.

This was compared to just 30% of people who gave their backing to Theresa May’s proposed Brexit deal.

Elsewhere, support for the UK remaining in the European Union rose by a single point to 53%, with support for Leave consequently falling by one to 47%.

The poll also showed little consensus for who should replace Theresa May as the leader of the Conservative Party, with ‘None of the Above’ and ‘Don’t Know’ leading the pack on 29% and 26%, respectively.

In terms of the candidates, Boris Johnson was supported by 16% of respondents, ahead of Sajid Javid on 9%, Jeremy Hunt on 8%, Michael Gove and Amber Rudd on 5% and Liz Truss on 1%.

Survation were lauded for their work during the 2017 General Election, being one of just two pollsters to correctly predict a Hung Parliament the day before the June 8th ballot.

You can view the full data tables here.