As the Health Secretary accuses the British Medical Association of being disingenuous to the public over junior doctors’ contracts, it seems that Jeremy Hunt is himself embroiled in a disingenuous story of his own.

After continual breakdowns over talks between the BMA and the Government, as well as industrial action being used and further action threatened, it seemed that Jeremy Hunt’s position was volatile to say the least. In an attempt to extinguish the flames that were encircling him, he published a letter claiming that 20 NHS CEOs endorsed the Government’s forced new contracts.

Many people, when seeing this letter, felt absolutely betrayed by the CEOs, and took to Twitter to hold these people to account. However, the plot thickens as, at the time of writing, 9 of the 20 CEOs who were cited in this letter denied that they ever endorsed the Government’s forceful imposition.

Andrew Foster, one of these mentioned CEOs was asked: 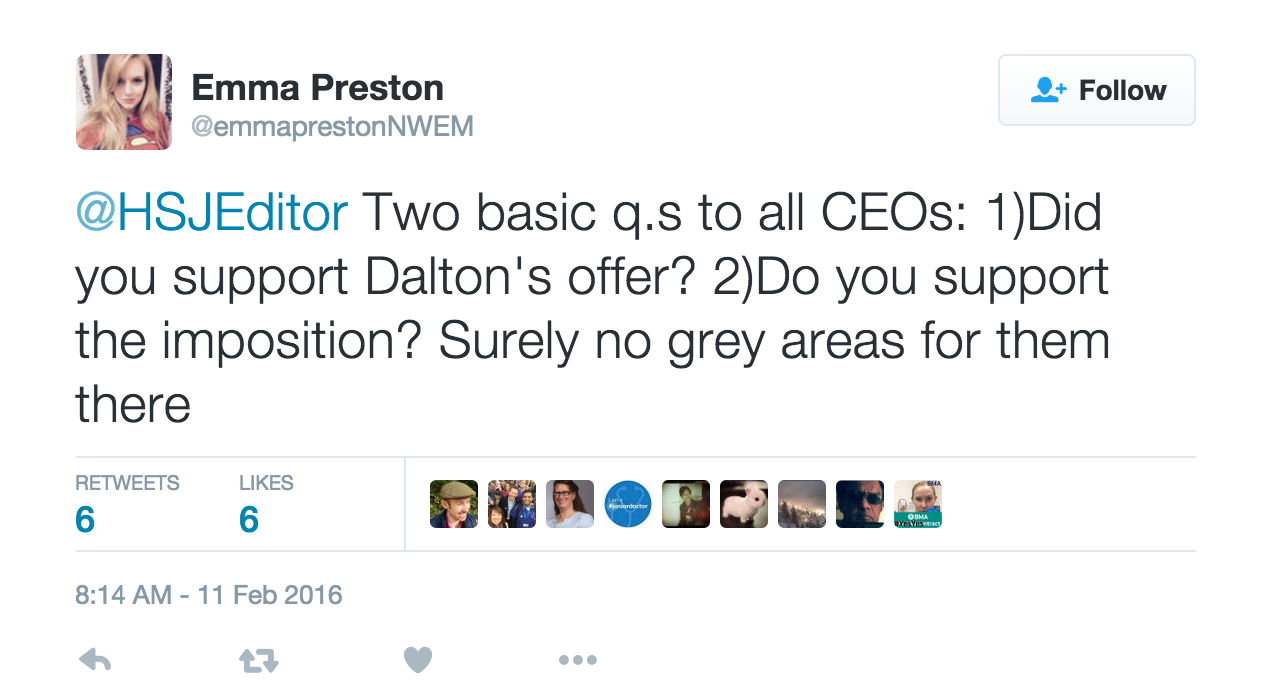 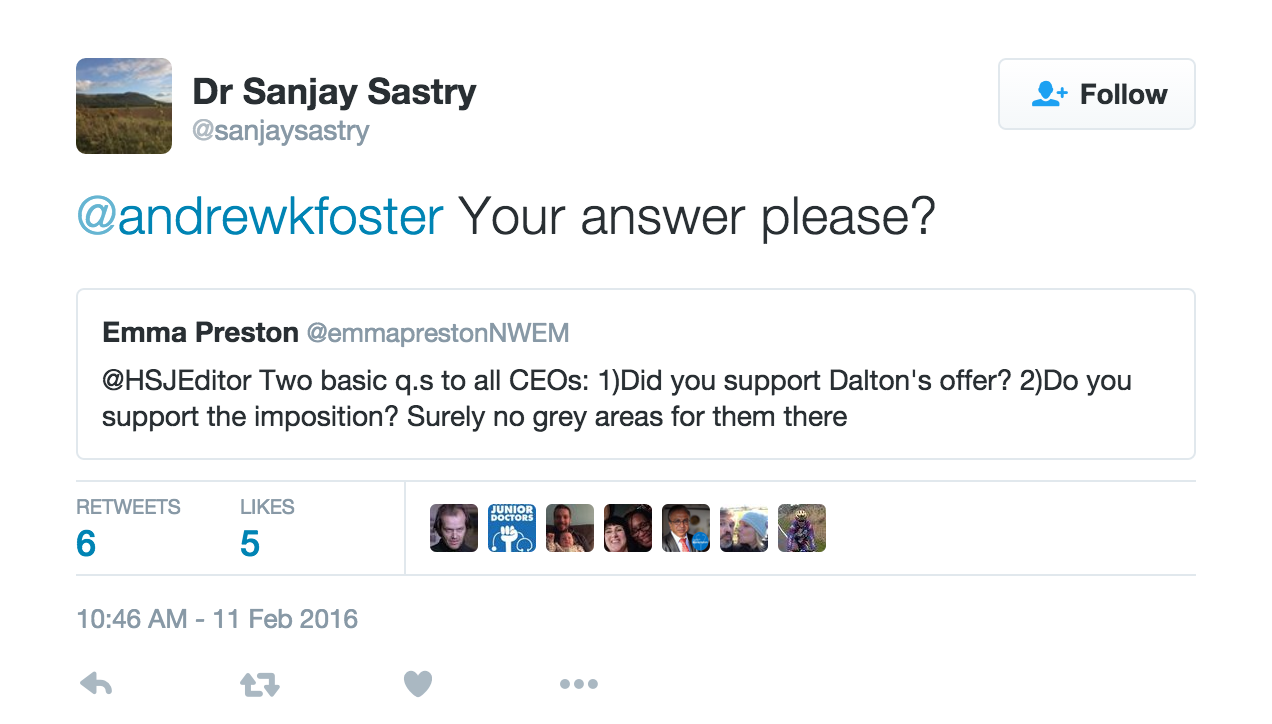 To which he replies:

The letter, which had Foster’s name apparently endorsing it, implies that these CEOs supported the imposition of the new contracts. After reading his reply, others were still puzzled as to whether Foster did actually signed the letter, or if he did not. Another questioner asked him: 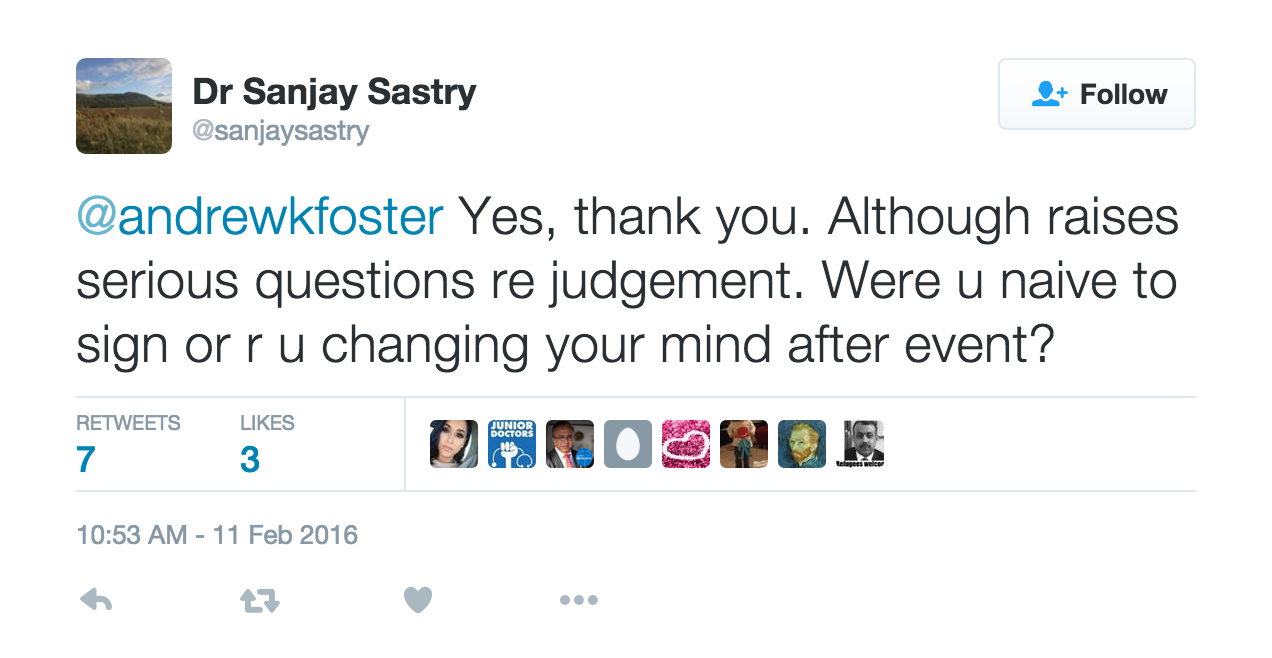 In response to this, Foster said:

The questioning did not stop, as more and more people started to read about this contemptuous affair. Clive Peedell, Co-founder of the National Health Action Party asked: 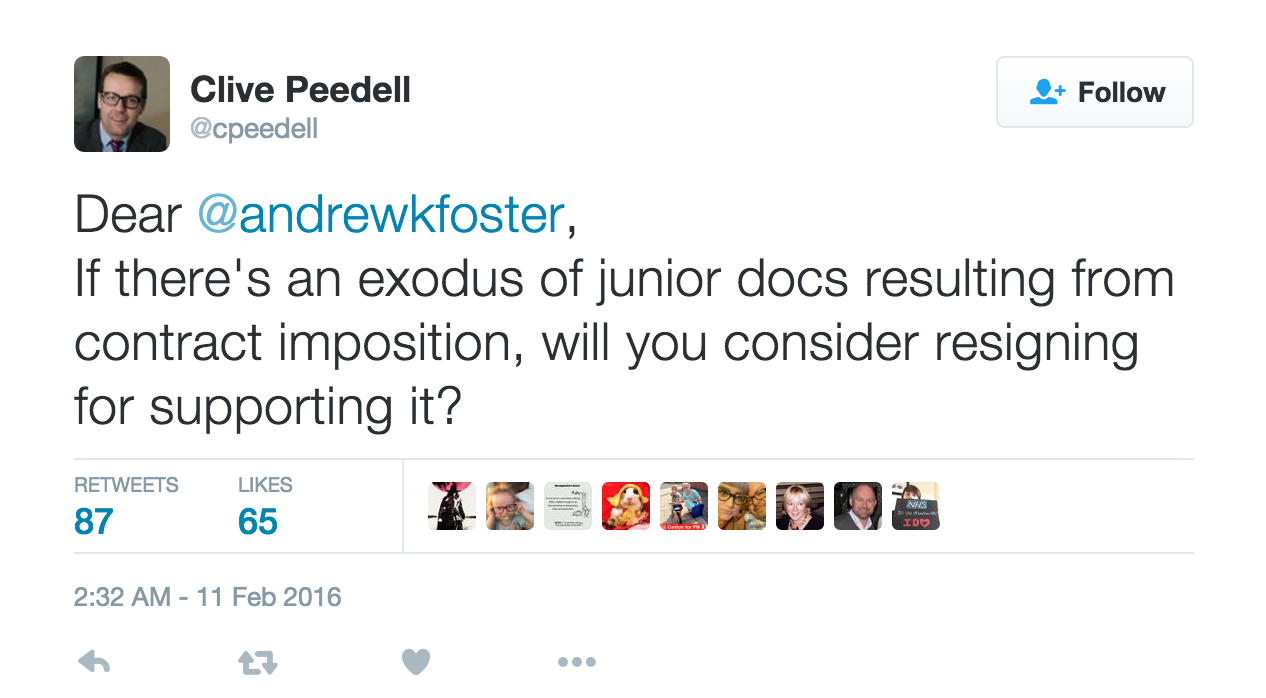 The answer was clear, Foster continued, asserting that he did not support what was put in the letter. 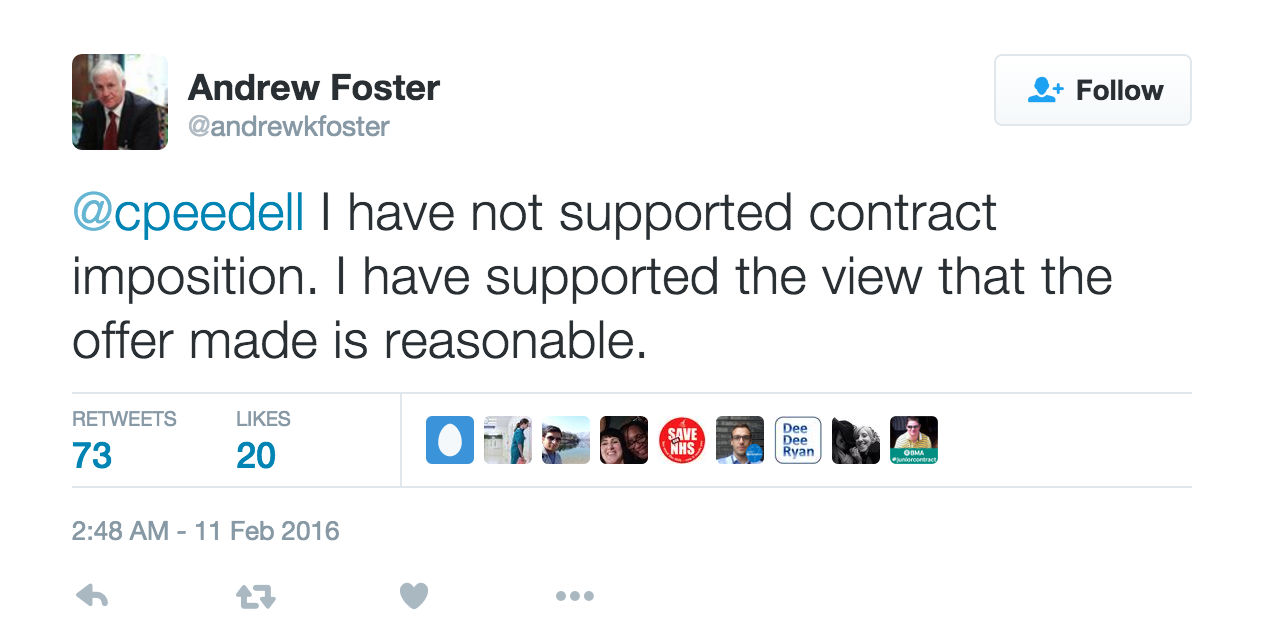 Furthermore, Peedell carried on his questioning of Foster to make sure that what he was saying could not me misinterpreted and that Jeremy Hunt has lied to the British public. 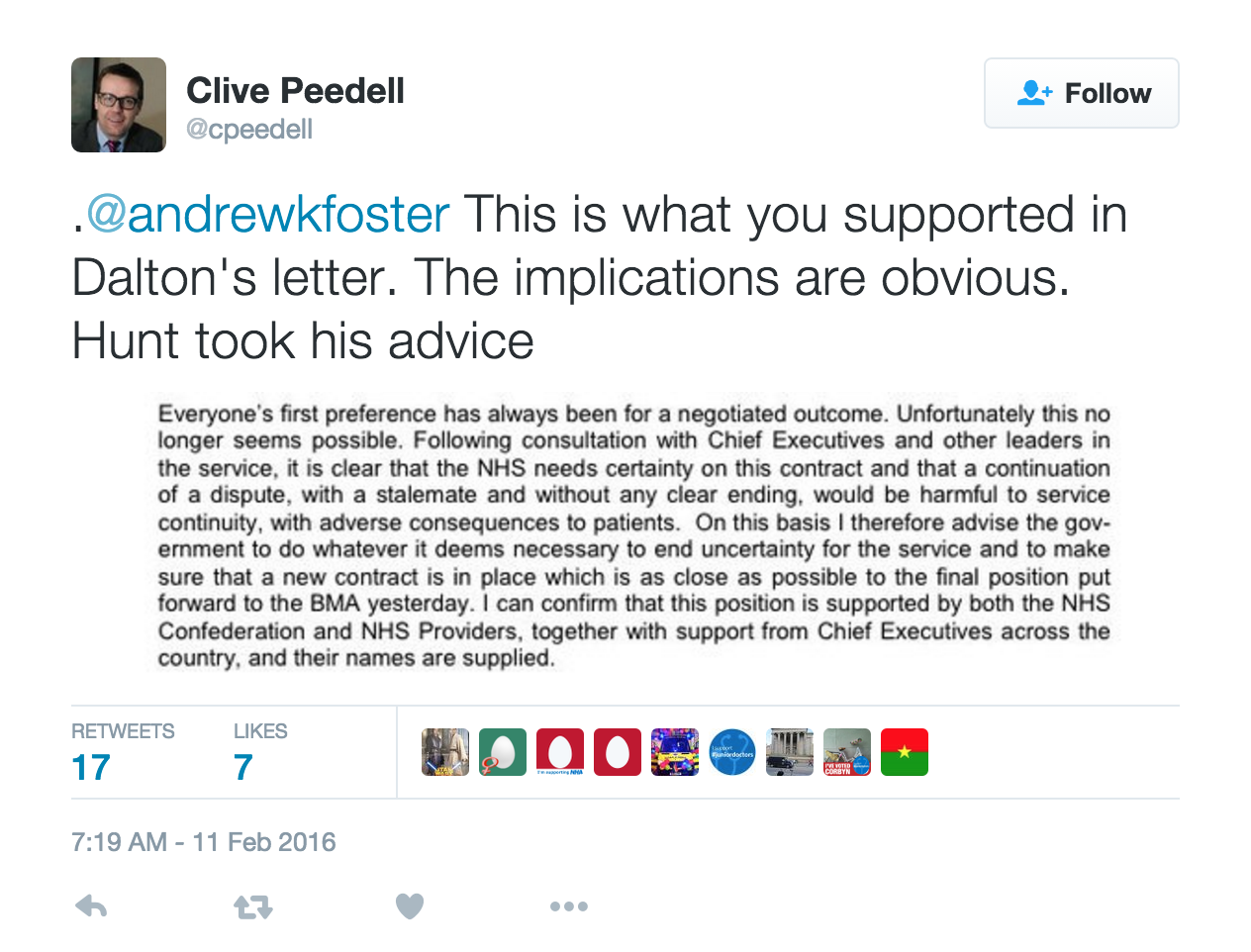 Foster’s reply was clear and concise:

In summary, Jeremy Hunt appears to have changed a document after NHS chiefs have added their signature of support. In any other profession, this kind of malpractice would lead to instant dismissal. It is yet another example of the deceipt used in an attempt to dissuade the public from backing our junior doctors in the struggle against unfair and unsafe contracts.

Hopefully the public will be able to see through the pathetic Hunt’s wilful charade.