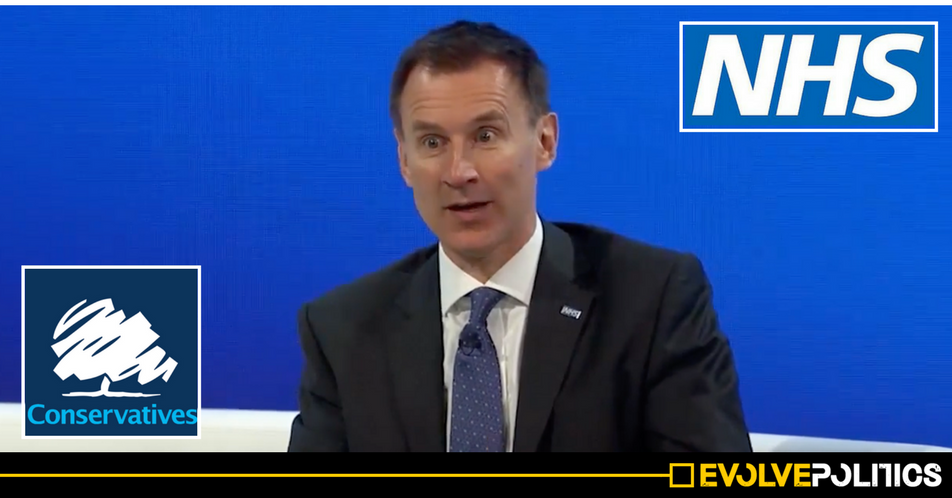 The Conservative Health Secretary Jeremy Hunt has admitted breaking anti-money laundering laws brought in by his own government, it has been reported – a criminal offence which is punishable by a two-year prison sentence.

The multi-millionaire Conservative Cabinet Minister reportedly failed to declare his 50 per cent interest in a property firm that was set up in order for him to purchase seven luxury flats in February.

And according the exclusive report by The Telegraph [paywall], Mr Hunt also “failed to disclose his interest in the property firm on the Parliamentary Register of Members’ interests within the required 28 days.”

As the Telegraph reports:

“Mr Hunt’s breaches relate to seven flats he bought with mortgages in the Ocean Village complex in Southampton on 7 February this year. The average price paid for properties in the development is about £240,000 per flat, according to Zoopla.

The properties were bought 13 months after it was reported that Mr Hunt made £14.5million from the sale of his education listing firm Hotcourses. He had co-founded the company more than 20 years ago.

The mortgages were issued by a private bank to Mare Pond Properties Limited, a company set up  by Mr Hunt and his wife Lucia Guo. Ms Guo was the only person named in the registration documents filed at Companies House when the company was incorporated in September 2017.

Mr Hunt appears to have breached the Companies Act on two counts. Firstly, he should have declared to Companies House he was a “Person with Significant Control” (PSC) within 28 days of registering the company, but in fact did not do so for six months.”

And The Telegraph went on to clarify that:

“The second breach relates to the fact the September 2017 registration document was incorrect in its omission of Mr Hunt – a criminal offence under another section of the Companies Act.

His parliamentary rule breach relates to the Code of Conduct for Members of Parliament. All MPs must register any shareholding greater than 15 per cent in any company within 28 days, according to the Code. Mr Hunt took nearly five months to do so.

Mr Hunt declared the co-ownership of the company alongside the purchase of the flats in the Register of MPs’ Interests on March 7.”

Speaking about Hunt’s conduct, the former chair of the Committee on Standards in Public Life, Sir Alistair Graham, told The Telegraph:

“It is a very poor show when ministers, who you expect to take leadership in standards and public life, do not meet the rules they are required to meet.

If there has been a failure of leadership, there should be a political price for it. Either in terms of the damage to your reputation or to action by the Prime Minister in the case of the ministerial code, or by the Committee on Standards, which reports to the full House of Commons.”

Graham went on to add that if Mr Hunt were not subject to punishment for his offences, it could signal that there was “one rule for the political elite and another rule for the rest of the population or the business sector“.

However, the Tory Health Minister – who has a personal fortune of £14m – has apologised for his errors, saying that the mistakes were “his responsibility”, whilst a Tory spokesperson said:

“Jeremy has rightly apologised for an administrative oversight, and as the Cabinet Office have made clear there has been no breach of the Ministerial Code. We consider the matter closed.”

However, despite apparently retaining the support of Prime Minister Theresa May with the Cabinet Office ruling that he did not breach the Ministerial Code of Conduct, Hunt could yet face an investigation by the Commons’ Committee on Standards and Privileges.

Jeremy Hunt reportedly told The Telegraph that the offences were an “honest mistake” by his accountant, with Hunt’s spokesman claiming that:

“Jeremy’s accountant made an error in the Companies House filing which was a genuine oversight.

Although there was no personal gain involved, Jeremy accepts these mistakes are his responsibility and has apologised to the parliamentary authorities.”