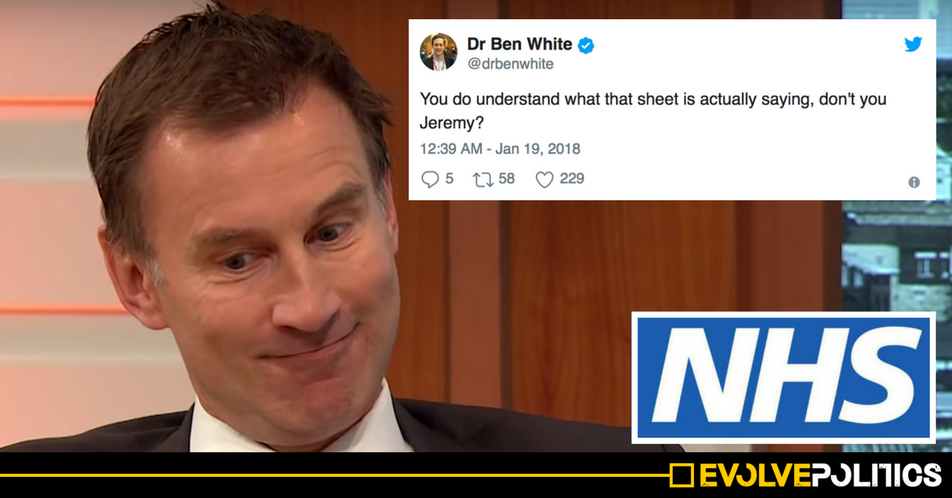 Jeremy Hunt’s latest tweet will have the majority of Britain asking whether the widely-hated Health Secretary is just uncompromisingly incompetent, or whether he’s actively trolling the entire country.

The tweet is so inexplicably inept that it will have the entirety of Britain asking if Hunt is sticking two fingers up at every single doctor and nurse across the country, whilst simultaneously mocking the Prime Minister, who was too weak to sack him during her botched reshuffle, and who ended up giving the provably disastrous Health Secretary even more responsibility instead despite his many, many catastrophic failures.

The Tory Health Secretary just tweeted an NHS rota, in his words, as an example of a ‘really clever use of technology’ that NHS staff in Ipswich are using to ‘ensure safe staffing levels are maintained throughout the day.’ However, it appears that Mr Hunt has inexplicably failed to look at what the rota, which supposedly ‘ensured safe staffing levels’, actually showed was going on. 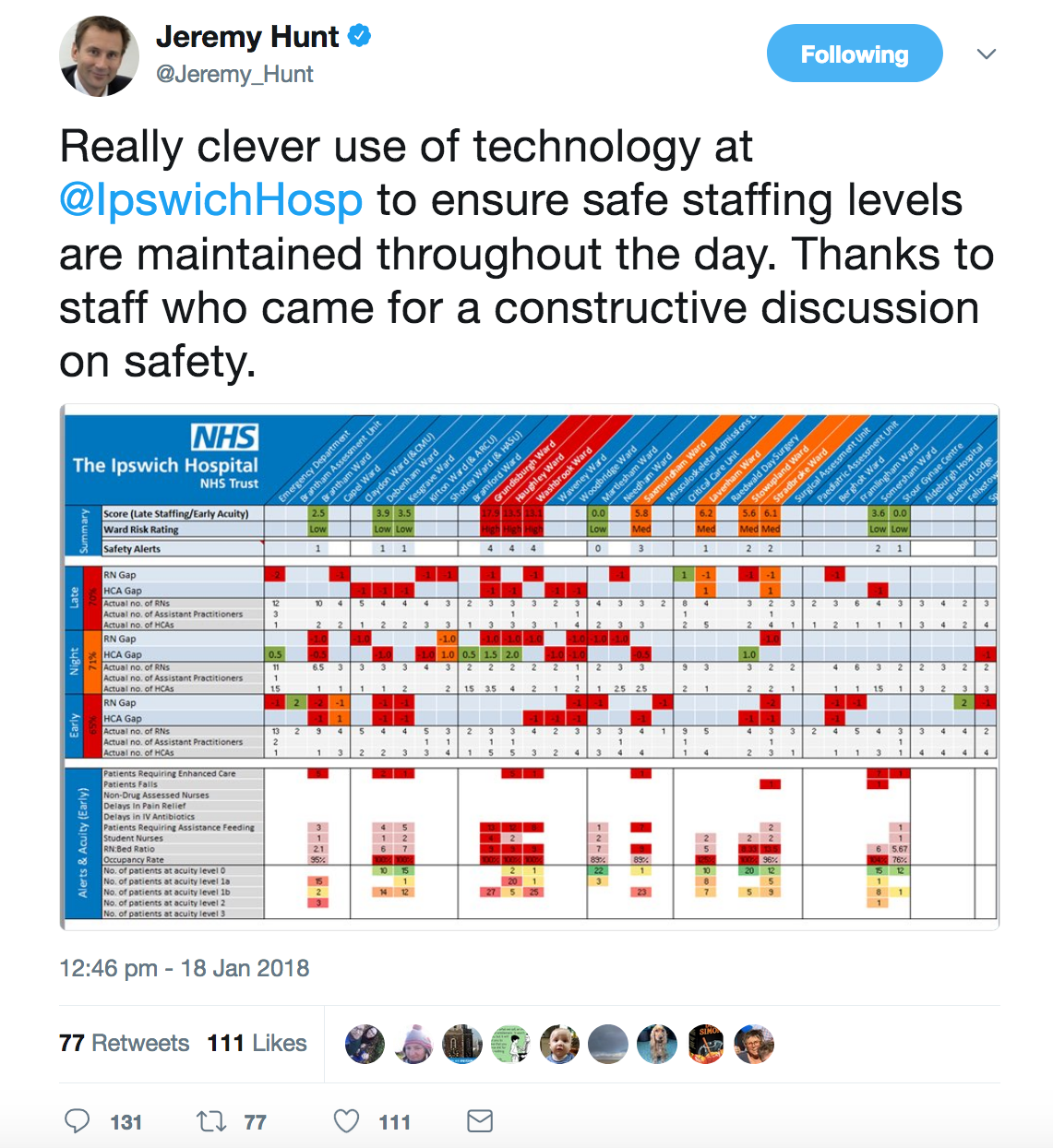 It seems Jeremy Hunt and his team either failed to actually look at what the rota was saying, or they just think dangerously low staffing levels are absolutely fine and definitely not a massive risk to patient safety. Let’s take a closer look at that rota: 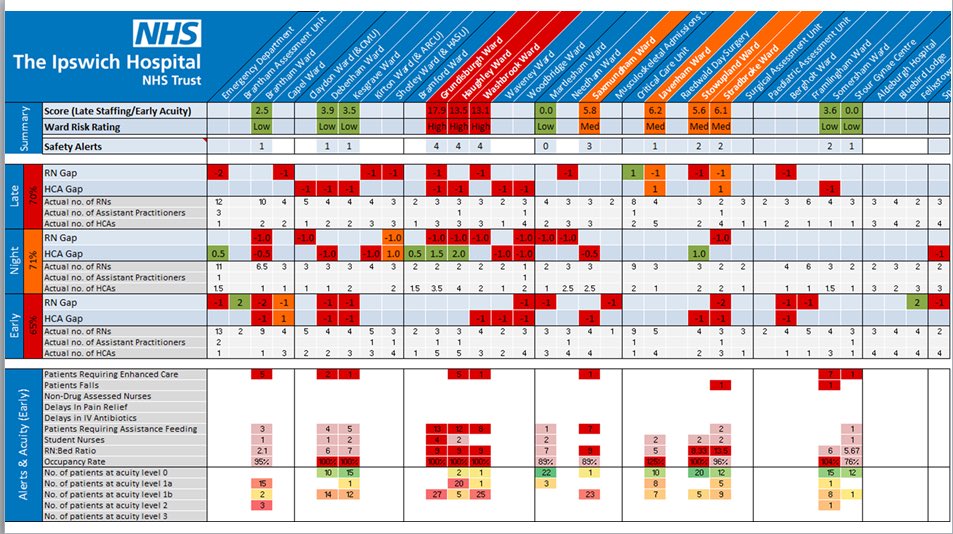 Yes, like probably everybody else with even the faintest idea of what different colours mean on a rota, you’ve probably already guessed the problem: RED MEANS BAD!

Every red box on the rota Hunt tweeted means that staffing levels during that particular time of day, and on the corresponding ward, are considered at high risk due to understaffing.

For instance, on the early shift, the rota appears to show there are only two wards in the entire hospital that have adequate staff numbers and therefore a low risk level, whilst a staggering 11 wards have an inadequate number of nurses leading to these wards being labelled ‘high risk’.

It would appear that Hunt either wants to normalise this type of chronic and dangerously risky understaffing, or he simply hasn’t got a clue what the hell he’s doing.

You do understand what that sheet is actually saying, don't you Jeremy?

“Jane, there’s red RN gaps everywhere, especially on the early shift”
“Yeah I know there’s not a huge amount we can do about it other than rob Peter to pay Paul. But the spreadsheet is cool though eh?”
“Yeah, Jeremy loved it.”

Jeremy says any incidents today on the three wards currently marked high risk, with lots of safety alerts, due to nursing shortages are fair game.

Fill your boots, sue away, he won't contest cases, data is clear.

Looks pretty. Do you even know what it is telling you though? Evidence of how your systemic underfunding is bringing the NHS to its knees

Nice chart showing impending doom. How would you feel and what would you do if the safety command console at your local nuclear power plant had that much red flashing up on it? And what if it was like that across all staffing types across all hospitals across the whole country?

This one tweet pretty much sums up you have no idea what's going on in the NHS or understanding what the potential risks are. #lookatwhatyour tweeting

And just remember, the person running the country just gave this man – a man whose professional history is littered with a catalogue of disastrous failures, missed targets and literal deaths as a result of his incredibly obvious incompetence – the task of ‘improving’ social care in Britain as well.

How people can actually justify voting for these people really is beyond me.