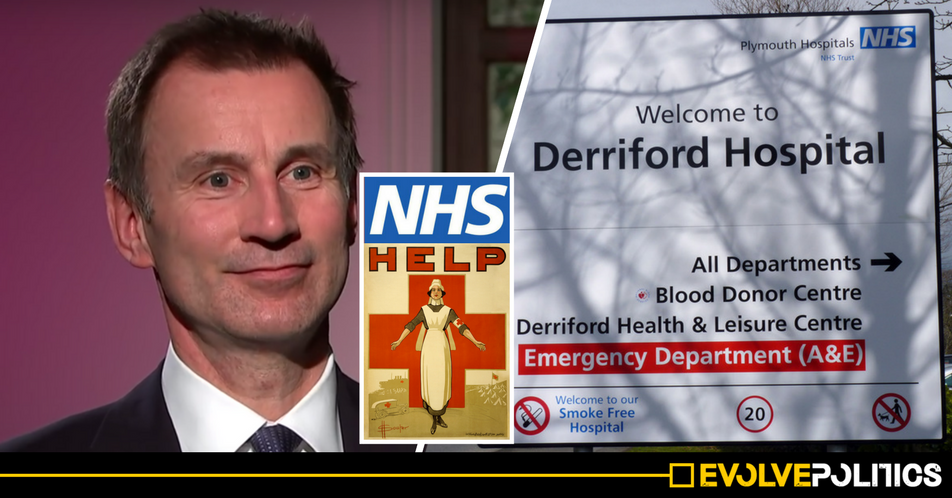 The Tories like to maintain the fiction that the NHS is in good shape. However, those who work on the frontline tell a rather different story. And now, a young nurse has stepped forward to explain her heartbreaking decision to leave the profession.

The nurse, who wants to remain anonymous, wrote to the Plymouth Herald after recent reports of large numbers of nurses leaving the profession. She was writing in response to many negative comments from members of the public about nurses who choose to leave:

I made the unfortunate decision to read some of the online comments from the general public in response to these articles and I was horrified.

Such comments as ‘all jobs are stressful, get on with it’, ‘a Nursing Degree doesn’t teach you how to become a nurse it’s just writing essays’, ‘They have a degree, they think washing someone is beneath them’ ‘Millennials have been pampered all their lives so don’t know what hard work is’.

In reality, she said, her degree taught her not only the academic side of nursing but also the essentials of patient care, which she recognised as an absolutely crucial aspect of nursing. And she was happy that she’d chosen nursing:

I loved my job, I was tired by the end of the day and it was stressful but I was proud of the work my colleges and I provided and proud of the NHS and the Trust that I worked for.

This has a knock-on effect with new admissions meaning there is just no space. Escalation beds are then made within acute care units meaning the nursing and medical staff have to care for more patients but having no extra staff to help with the extra work load.

What happens? Ultimately, she says, lives are put at risk:

The demand is so much on so few that you are in a position that you are just trying to keep people alive and prevent harm.

And nobody can do anything to help, because there simply aren’t enough nurses.

You inform management about the unsafe nature of the unit and they give you a sympathetic look, there is nothing they can do, every ward is exactly the same, there is no one to help.

Figures reported by the NHS last week showed that almost 33,500 nurses left the NHS in 2016/17 – over 3,000 more than the number who joined. Head of the Royal College of Nursing, Janet Davies, described the problem thus:

We are hemorrhaging nurses at precisely the time when demand has never been higher. The next generation of British nurses aren’t coming through just as the most experienced nurses are becoming demoralised and leaving.

But in Tory cuckoo land, there’s no problem. Conservative Central Press Office put out a tweet last week claiming that:

Under @Conservatives there are more doctors and nurses in our hospitals looking after patients. More patients are being treated, and more operations are being carried out in our NHS #bbcqt

It’s not entirely untrue – but it is entirely disingenuous. The fact is that whilst there has been a very small increase in overall nurse numbers since 2010, the demand has been increasing far faster than any increase in staff, leading to a massive shortfall in staff. The situation is only going to get worse, with EU nurses leaving ‘in droves’ because of Brexit and a huge drop in applications to nursing courses since the bursary was scrapped.

Jeremy Hunt needs to stop tweeting out his patronising drivel to NHS staff and start actually listening to them. There are many, like this nurse, who believe that people are dying because of his refusal to support staff and properly fund the NHS. As this nurse says at the end of her letter:

I am sorry, and I will remember that I haven’t been there for them and I will take that home and it will stay with me.