Labour are becoming increasingly desperate to ban Corbyn supporters from voting in the upcoming Labour leadership election between Jeremy Corbyn and Owen Smith.

There are plenty of Facebook posts and Tweets about Labour members who have been banned by the General Secretary Iain McNicol for ‘inappropriate’ behavior online… but for Catherine Starr, she has been banned because she loves a rock band.

She received a letter explaining that she has been rejected because she ‘shared inappropriate content on 5 March’. On this day, Starr had shared three publicly visible posts: two innocuous posts… and a link to a Foo Fighters’ spoof break-up announcement, writing ‘I f*cking love the Foo Fighters’. 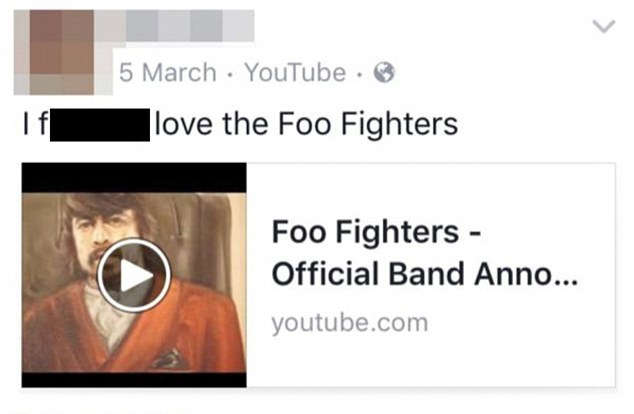 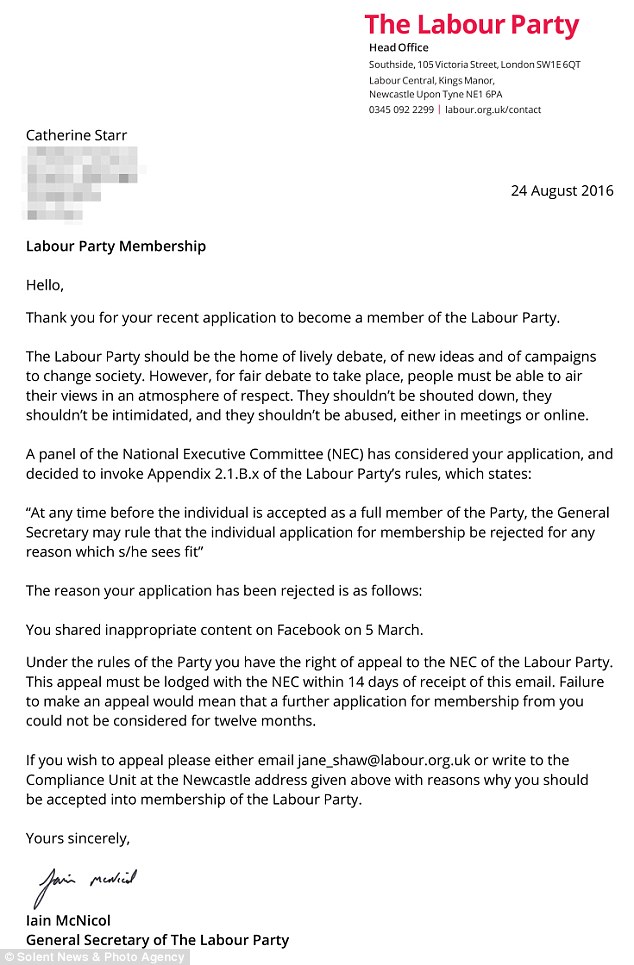 Was it the swearing that horrified Mr Nicol? Lead singer Dave Grohl’s shaggy, homeless look? Maybe he doesn’t support American bands coming over here and taking our fans. He could just be more of a Pink Floyd fan…

Starr, who previously voted for the Liberal Democrats, has been refused full membership which means she will not be able to vote for Corbyn as he fights off his Welsh rival Owen Smith.

Starr has complained that the “over-zealous vetting procedure [is] designed to stop supporters of Jeremy Corbyn voting for him”.

It’s a pretty lame excuse by the General Secretary – Good Grief, in Times Like These you can’t even share your love of a bloody band! And can we just take a moment to talk about how Big Brother-esque it is that NEC members are snooping through social media just to ensure everyone is behaving how they think they should?!

Am I being paranoid? No. Not at all. You see, the Labour Purge is a real thing. The Shadow Chancellor John McDonnell has tweeted his accusation that the National Executive Committee of ‘a rigged purge of Corbyn supporters’ – to which Iain McNicol, who is in charge of the selection process, replied and said that ‘decisions are made by elected NEC officials, and not party staff’… but failed to deny that he is trying to find excuses to refuse membership to Corbynites.

We will not accept what appears to be a rigged purge of Corbyn supporters. My response to Ronnie Draper's suspension pic.twitter.com/p8LQ1TXndv

.@johnmcdonnellMP John, just to clarify you say 'party officials'. Decisions are made by elected NEC members, and not party staff.

Until all votes are cast, we will keep hearing more and more ridiculous excuses that the NEC comes up with to try and ensure Smith wins… What next? Banned for not celebrating the Queen’s birthday? Or wearing a red top, because red is the colour of Communism? Or maybe anyone who has ever expressed a desire to actually work towards a fair society?

I wouldn’t put it past them. Just remember, Big Brother is watching – don’t express a love for anything, or you may be refused a vote in something you care deeply about.