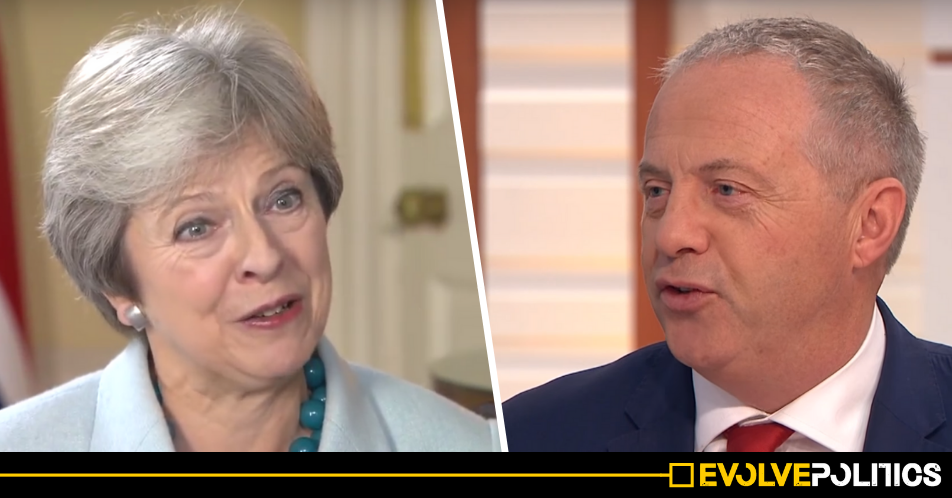 The right-wing Labour MP and arch Brexiteer, John Mann, has been criticised after admitting that he is open to accepting financial incentives – which many are describing as “bribes” – in order to vote for Theresa May’s widely-criticised Brexit withdrawal bill later this month.

On Thursday, it was revealed that the Prime Minister Theresa May was mulling a deeply controversial plan to offer numerous northern Labour MPs extra money for their constituencies in return for votes on her Brexit deal.

Unsurprisingly, the majority of Labour MPs reacted with revulsion to the idea, with the Labour MP for Redcar, Anna Turley, penning an article essentially telling the Prime Minister where to stick her “bribe”.

Furthermore, the Labour Party Chairman, Ian Lavery, reacted to the situation with a scathing article for the LabourList website, stating:

“Theresa May’s desperate attempt to breathe life back into her dead duck of a Brexit deal with investment bungs for MPs in industrial communities should be treated with the contempt it deserves.

[…] Any Labour MP seriously considering discussions with the PM should remember her record and that of her party going back generations. Quite simply, taking such a bribe would be fool’s gold.”

However, it seems not all Labour MPs were so disgusted at Theresa May’s cynical plot, with the Labour MP for Bassettlaw, John Mann – an ardent Brexiteer who has been openly hostile to Labour leader Jeremy Corbyn ever since his election in 2015 – admitting he was open to accepting the deeply controversial Tory financial incentives.

Speaking to BBC News, Mann initially hinted that talks on the offer were already be underway, stating:

“What is going on is some good dialogue, I can tell you that. I am hoping and anticipating that the Prime Minister will come back [from Brussels] with something that is significant. If she does, the chances of Labour MPs from those Leave areas – who don’t want a referendum – voting for her deal, I would say undoubtedly goes up.”

“And so I think it is inevitable – I mean, the political arithmetic says she will come back with something significant. But it’s also what she said when she became Prime Minister. So we’re simply saying to her: ‘that’s whay you said – show us the money!’.”

“It’s not a bribe at all. You see, I voted Brexit, and I’ve voted for the deal already. So I can’t be bribed. It’s not about a bribe – it’s about ensuring that we get the best for our area.”

"Show us the money"

Leave-supporting Labours MPs may vote for Theresa May's #Brexit plan if she offers "significant" funding for their constituencies, says @JohnMannMP – but "it's not a bribe"https://t.co/5vW6h0yu3H pic.twitter.com/6Ttcj7zrCY

“If there are financial bribes for constituencies offered like that, then that would be wrong.”

However, Watson also added that Mann may have “got his words jumbled“, adding that:

“I don’t think any MP would take a bribe like that.”

Whatever the outcome of Theresa May’s latest cynical ploy to obtain a majority for her Brexit deal, this situation of offering money for votes has really only served to prove one thing: austerity was a blatant political choice, not a neccesity.

Much like how Theresa May magicked up a cool billion quid to secure the DUP’s votes after losing her majority in 2017, the Tories always seems to be able to find money when it suits them.

There is more than enough money to go around – but, for as long as the self-serving Tories are allowed to remain in power, public finances will increasingly continue to find their way into the pockets of the rich and powerful, rather than being distributed fairly to the people and services who so desperately need it.