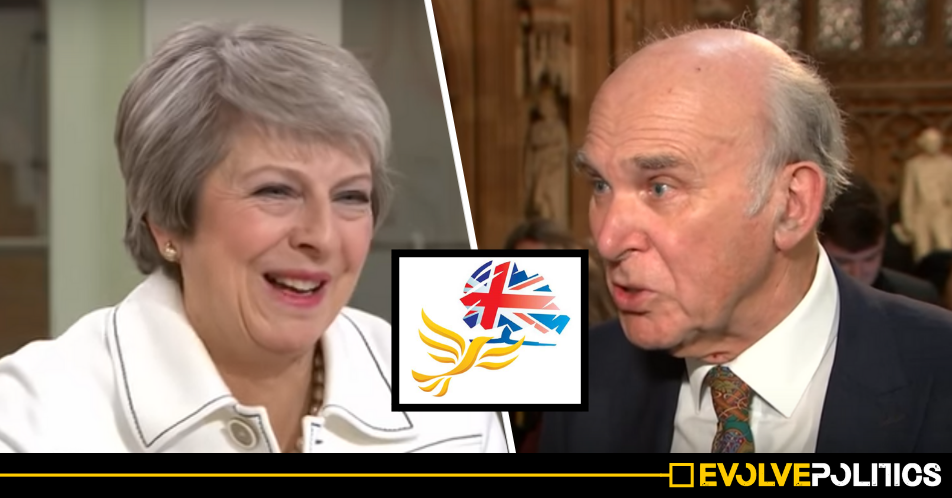 The leader of the Liberal Democrats, Vince Cable, has confirmed what Evolve Politics reported yesterday, after releasing a statement declaring that the Liberal Democrats will refuse to support any future motions of no confidence tabled against Theresa May’s increasingly desperate Tory government.

“Since [Jeremy Corbyn] appears to be determined to play party political games rather than acting on the wishes of his own members and MPs, he will no longer be able to rely on our support for further confidence motions.

I believe other parties are taking the same view. It’s time Mr Corbyn got off the fence and made his position plain.”

Cable’s pledge essentially means that Theresa May’s government will be able to stay in power until 2022, regardless of what they do.

Ironically, whilst the Lb Dem leader is clearly trying to pressure Labour into supporting a second Brexit referendum, Cable’s pledge could end up enabling a catastrophic Tory No Deal Brexit.

A Labour spokesman responded to Cables statement by simply saying:

“The Lib Dems propped up the Tories for five years, so it’s no surprise they’re still committed to keeping them in power.”

Essentially, by making today’s hugely divisive Tory-enabling promise, Vince Cable has just confirmed what everybody has known since him and his party entered into the 2010 ConDem coalition:

If you vote Lib Dem, you get Tory.