Loads more Conservative Party members have been suspended after an in-depth investigation by the anti-racist group, Hope Not Hate, uncovered yet more disgusting and outright racist comments – including many made by elected Councillors.

Following the latest investigation, twenty three people were reported to the party and up to twenty members have been suspended.

The racist comments include several made by current, serving Tory Councillors, as well as one from a Tory Council Candidate who advocated the murder of Muslims.

Sonia Armstrong, a Councillor in Harworth and Bircotes Councillor and the local Party Chair, is one of the elected Tory officials included in the report.

In a social media post, Armstrong said that ex-PM Theresa May should “put on a wig to disguise herself and have a walk around these Cities [sic] alone especially at night, and then tell us how much [Muslims] give to GB and how well they have integrated” after May wished UK Muslims a happy Eid.

In the same unhinged rant, Armstrong went on to claim that Muslims are the ones “GROOMING, RAPPING [sic] OF OUR CHILDREN, THE RAPPING (sic) AND KILLING OF OUR PEOPLE THAT PEOPLE ARE TO (sic)  FRIGHTENED TO GO OUT ALONE ANYMORE”: 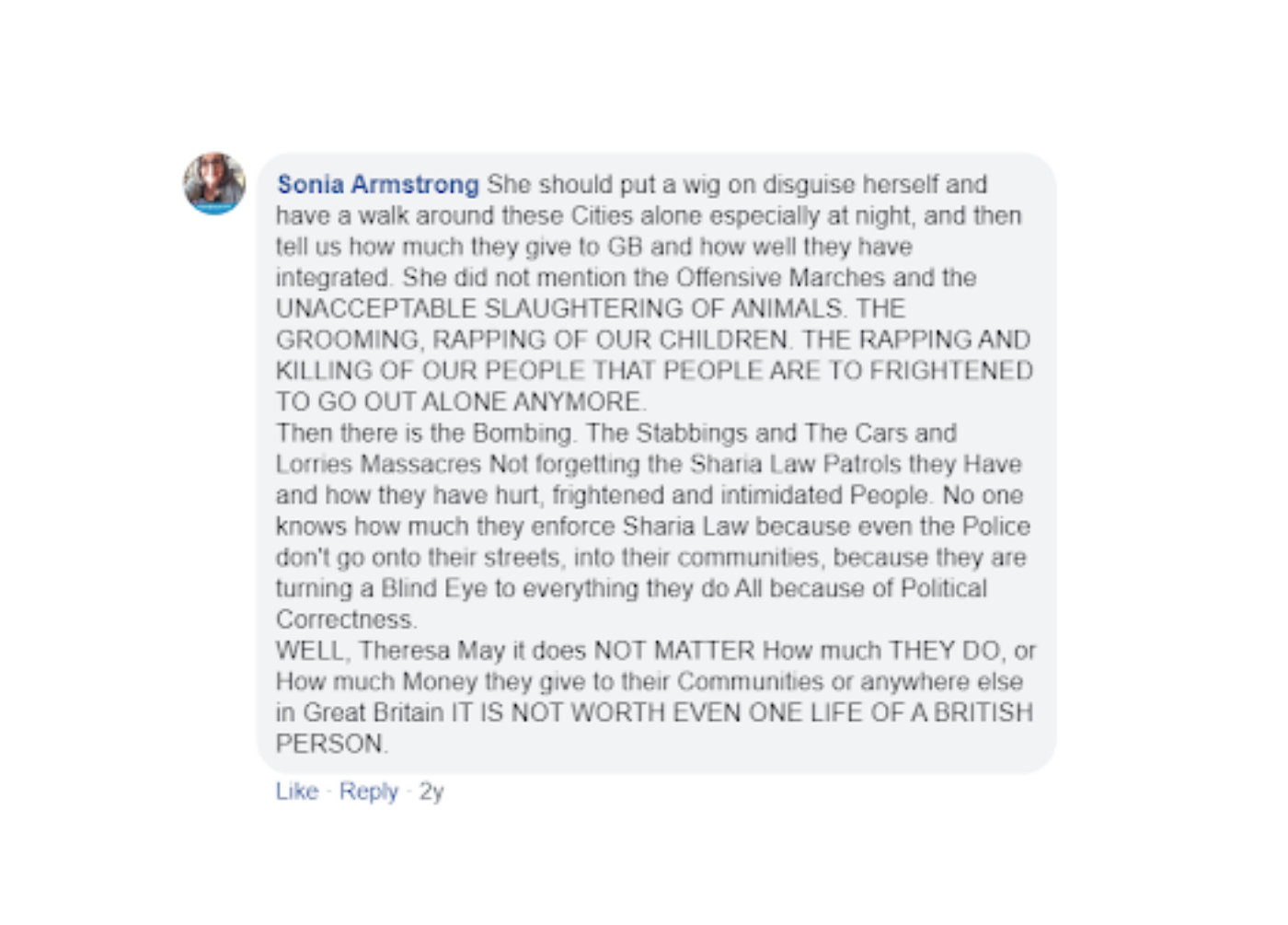 An anonymous Twitter account which Hope Not Hate claims belongs to Winchester Councillor, Judith Clementson, tweeted that “soon they [Muslims] run our all our [sic] Councils, schools, gov.orgs” and warned “Wake up Britain or it will be too late we will ALL be Muslim!“:

They will soon! The Muslim said it: it takes time and hard work so they come with a smile and gentle willingness to serve. Soon they will run our all our Councils, schools, police, gov.orgs, / civil service depts. Wake up Britain or it will be too late we will ALL be Muslim!

In another shocking post, a Facebook account who Hope Not Hate say belongs to John Shoesmith, who was a Tory Council candidate in 2016, appears to call for the death of all the Muslims in the UK.

Replying to an article about a suspected racially motivated murder of a Muslim shopkeeper, Shoesmith wrote “1 down 1.6 million to go“: 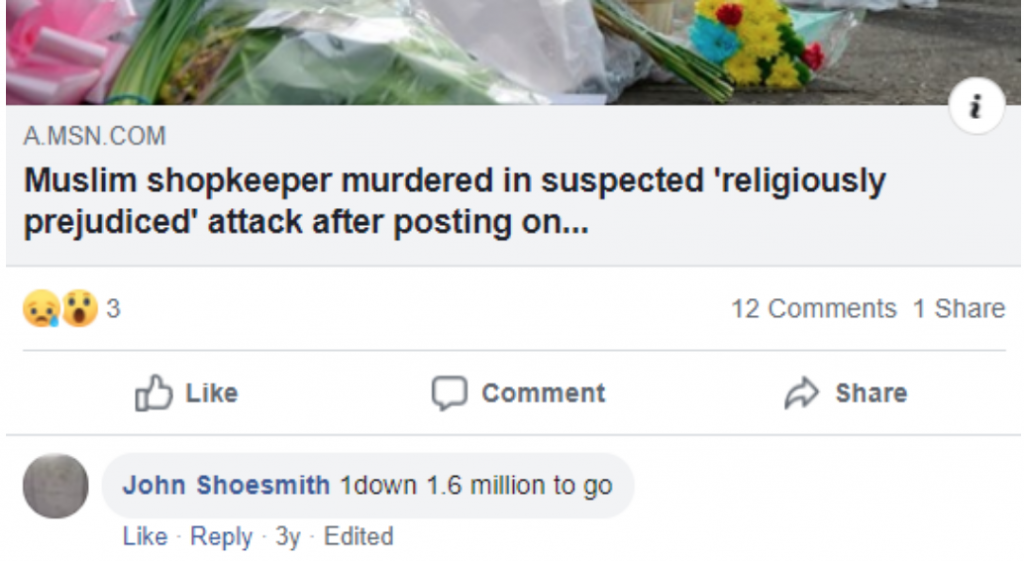 Following Donald Trump’s election as the US President, Tory Councillor, Karl Lewis, wrote that “all the immigrants are sh*tting themselves” which made it “another brilliant political night.“

Hope Not Hate’s report (which you can read in full here) contains numerous other deeply racist comments from people believed to be Tory members.

The Tories have not confirmed how many of the comments were written by current members of the party, but claim they have suspended all members involved.

A Conservative spokesperson said of the recent suspensions:

“All those found to be party members have been suspended immediately, pending investigation.

“The swift action we take on not just anti-Muslim discrimination, but discrimination of any kind is testament to the seriousness with which we take such issues.”