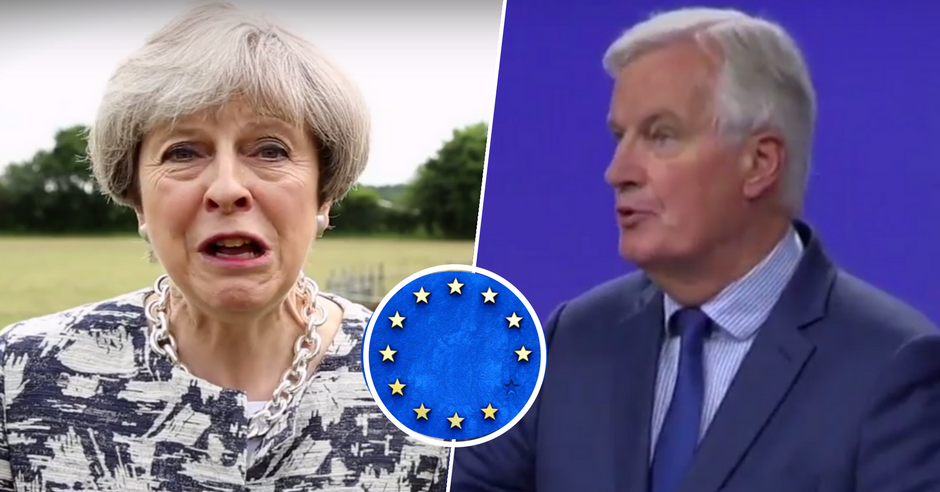 The EU’s Chief negotiator, Michel Barnier, will reportedly issue a stark, and potentially disastrous warning to Theresa May and her Brexit team this morning.

According to The Guardian, Barnier has told member states that Theresa May must agree a deal to leave within 48 hours or the EU will not engage in trade talks with Britain.

The incredible ultimatum leaves the possibility of the Tories failing to secure Britain a trade deal with the EU looking increasingly likely.

During the meeting, Barnier also reportedly informed EU Ambassadors that Britain’s Brexit negotiating team had told him ‘a potential solution was being worked out that could possibly satisfy’ all parties, including the DUP.

Theresa May had looked likely to secure a deal with the EU on Monday, but issues surrounding the future of the Irish border led to the DUP issuing an emergency statement that essentially scuppered the deal.

Following the break down in talks, the Irish Prime Minister, Leo Varadkar, told a press conference that Theresa May had promised to come back with new proposals late on Wednesday or Thursday.

All sides agree that there must be no hard border between Northern Ireland and the Republic after the UK leaves the EU. However, the complexity of achieving a fluid border in the region, whilst also leaving the EU Customs Union and the Single Market, has so far proved too difficult to negotiate for the Tory Brexit team.

With final talks pencilled in for Friday, and with Barnier issuing a final 48 hour ultimatum to agree a final text, Theresa May is now under severe pressure to find a solution that suits all parties.

Unfortunately for the Tories, however, is that the only feasible prospect for maintaining a fluid border in Ireland is to remain members of the Customs Union and the Single Market – policies the Tories have already categorically ruled out on numerous occasions.

Having not found any other way to circumnavigate the issue, it is now looking extremely likely that talks with the EU will collapse, leading to the UK crashing out of the EU with no trade deal, falling back on WTO rules which would almost certainly include tariffs on all imports from the European Union.

Should this happen, vast numbers of small and medium sized British businesses that rely on trade to and from the EU could be utterly decimated in months. The stakes for Theresa May could not be higher.