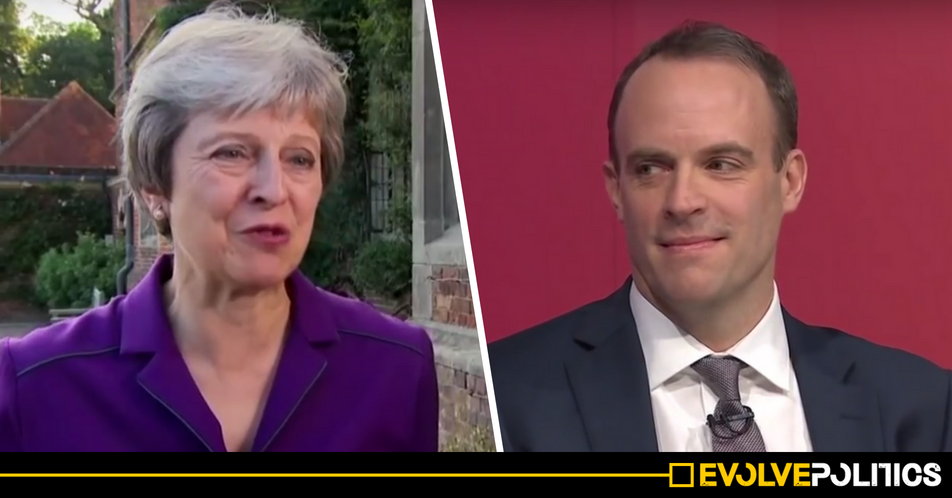 Following the resignation of David Davis from the Brexit department last night, Theresa May has acted quickly to fill the position by promoting the now former Housing Secretary Dominic Raab. However, whilst Davis’ right-wing, anti-worker views were widely known to the general public, much less is known about what Raab really thinks.

In being handed the post of Brexit Secretary, Dominic Raab has been given one of the most powerful positions within Theresa May’s government. And with just 3 months until a deal must be agreed with the EU, and with just 9 months until Britain actually leaves the European Union, Raab – second only to the Prime Minister – will now be one of the most important figures in actually deciding exactly how we leave.

However, whilst it goes without saying that most Tory MPs want to reduce regulations and curtail the rights of ordinary British workers to some extent, Raab’s views can quite easily, and quite ironically, be described as *rabidly* right-wing, and outrageously anti-worker.

In 2011 Dominic Raab wrote a policy paper for the notoriously right-wing, pro-neoliberal thinktank, the Centre for Policy Studies (CPS), where he describes things such as the Minimum Wage, Mandatory Paid Holiday, Rest Breaks and many other hard-won workers’ rights as both a ‘Strait Jacket’ and a ‘burden’ to Britain.

Within the paper, Raab lists 10 ‘regulatory reforms’ that he insists would benefit both Britain’s economy and British workers – incredibly worrying reforms that include:

The proposals that Raab outlines in the paper are not just incredibly worrying for all British workers, with a no-deal Brexit edging closer due to catastrophic Tory infighting and with Raab having now been promoted to the Brexit Secretary, such drastic anti-worker legislation repeals are now becoming a very real possibility.

Despite Theresa May pledging in her Lancaster House speech to “protect” and even “enhance” the rights that people have at work after Brexit, the Tories have also since indicated that they are actually planning to scrap much of the legislation that enshrines workers’ rights once we leave the EU.

I've seen reports of a ministerial plot to scrap the Working Time Directive. This is a straight-up attack on our rights at work.

One such piece of legislation that is severely under threat with a Tory Brexit is the Working Time Regulation (WTR). The WTR ensures that all British workers are entitled to minimum rest breaks, daily rest, weekly rest, and a maximum average working week. Furthermore, the WTF also ensures almost all British workers get a minimum of four weeks of paid holiday every year.

Amongst numerous other anti-worker proposals, in the last two points of Raab’s CPS paper, the new Brexit Secretary wrote that Britain should completely abolish both the Agency Workers Regulations 2010, and the Working Time Regulation.

And given that the Tories have indicated that the WTR will be scrapped after Brexit with no replacement legislation, such a disastrous future for British workers is looking increasingly likely – especially now given that the rabidly anti-worker Dominic Raab has been installed as the person overseeing our departure from the European Union.

[You can read Dominic Raab’s CPS proposals in full here]