Home UK News New poll shows OVER A MILLION Brits will take to the streets... 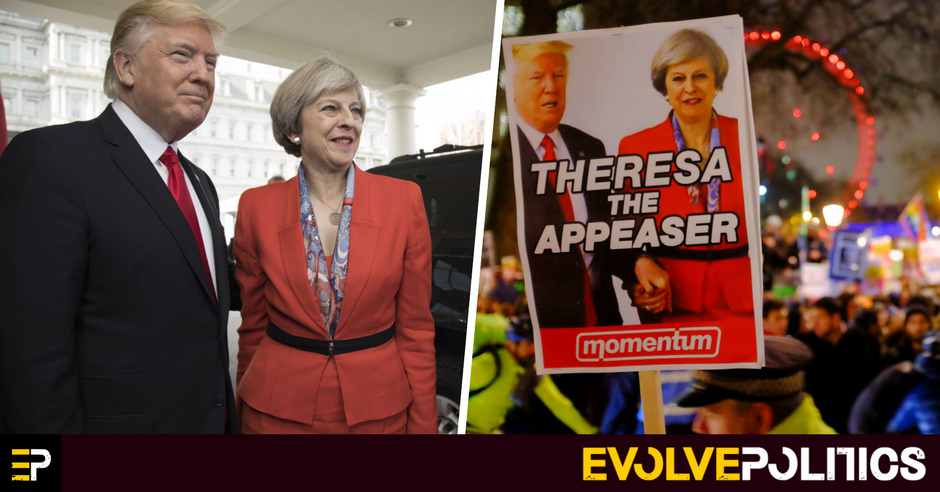 A new poll carried out by BMG research on behalf of political blog Left Foot Forward reveals that ‘nearly one in ten adults say they are likely to protest when Trump visits in the new year’.

That means potentially millions of people will take to the streets to greet Trump when he comes to open the new US embassy at the end of February.

Organisers have already started urging people to pledge to take part in protests.

Trump was first promised a state visit when Theresa May visited the White House in January 2017, shortly after the presidential inauguration.

After the notorious hand-holding incident, May announced that:

I have today been able to convey Her Majesty the Queen’s hope that President Trump and the First Lady would pay a state visit to the United Kingdom later this year. I’m delighted he’s accepted that invitation.

It’s unusual for a US president to be invited for a state visit so early in their presidency: Barack Obama didn’t come until 2011, well over two years after he became president. But Theresa May was very keen to cement the ‘special relationship’, and to ensure that Trump was on board for a new trade deal after Brexit.

However, plans for the state visit – which would include a banquet with the Queen and a 21-gun salute – were put on hold after it became clear that there would be massive protests.

Trump had reportedly insisted on riding down the Mall with the Queen in a golden carriage, but his officials said that the notoriously thin-skinned ‘politician’ would not come if there were going to be protests.

Instead, plans were made for a scaled-down visit for Trump to open the new US embassy.

Even that plan seemed in doubt a couple of weeks ago, when Trump retweeted Islamophobic videos from far-right hate group Britain First.

A mild rebuke from Theresa May was followed by howls of outrage from some Tory MPs, but May refused to revoke the plan for a state visit at some as yet to be determined date.

In the meantime, Trump is coming to London in February, and people are already making plans. Journalist Owen Jones said:

If Donald Trump comes to the United Kingdom, we intend to bring hundreds of thousands – if not more – on to the streets in rejection of his racism, Islamophobia, misogyny and transphobia.

Trump is about to get a taste of what millions of people in this country really think of him. Whether his ego can take it remains to be seen.

You can pledge to protest Trump’s visit here.