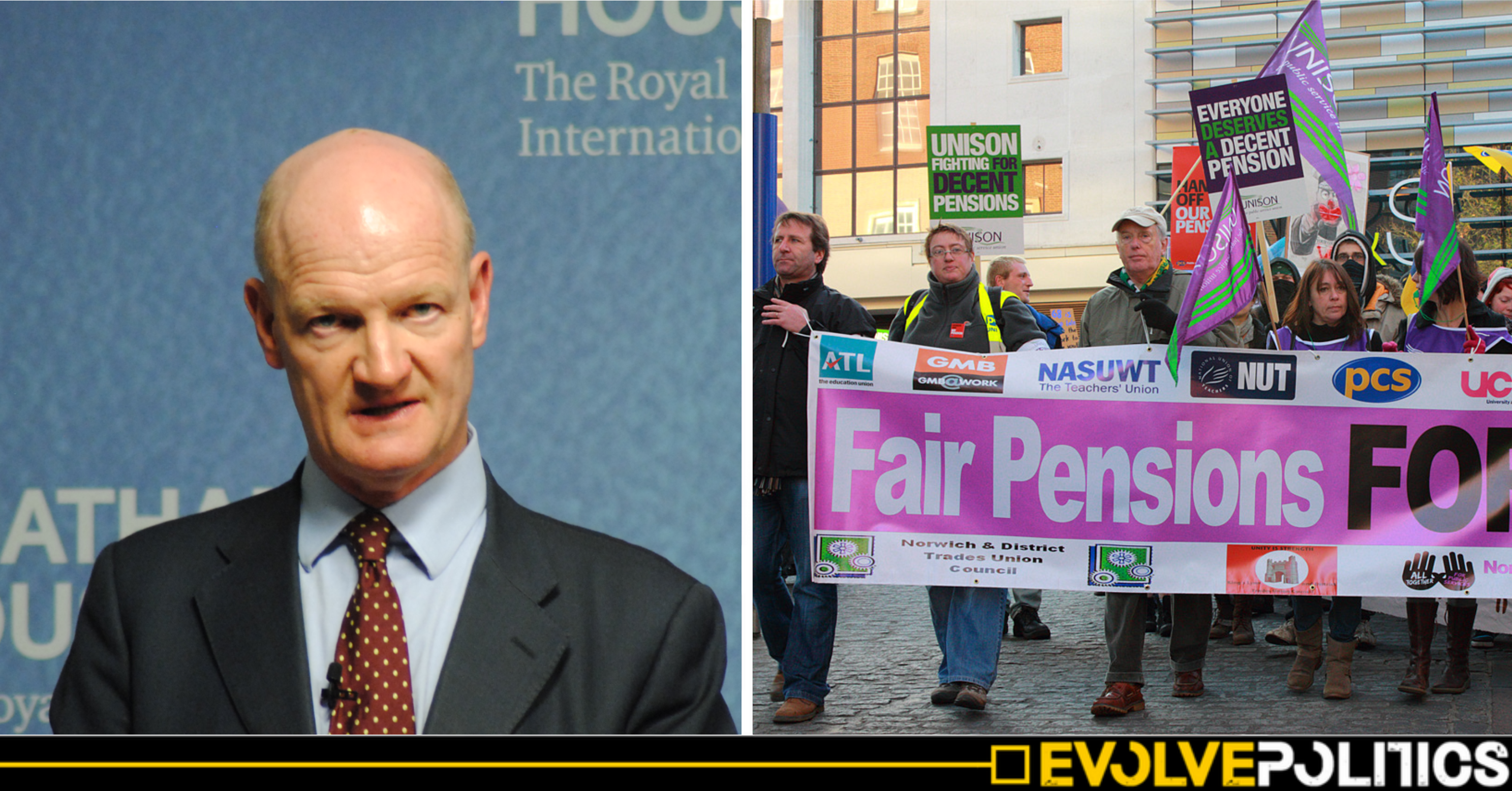 Students and staff were left in shock yesterday as the University of Leicester announced their decision to appoint the controversial ex-Tory Minister David Willetts as their new Chancellor.

The Leicester branch of the University and College Union (UCU) has described his appointment as “an insult to students and employees”.

It was under Willetts’ watch as Minister for Science and Universities that tuition fees were trebled to £9,000 a year – the most expensive in the world. And it was under his government that a whole raft of vicious marketisation policies were unleashed on higher education.

But, in addition to his association with a hateful Tory government, the appointment of Willetts – a Conservative peer – is also likely to turn stomachs because of his divisive personal views. Back in 2011, Willetts came under fire for arguing that social mobility between classes had stagnated because women, who would otherwise have been housewives, were preventing working class men from attaining well-paid jobs – crassly stating that “Feminism trumped egalitarianism”.

He has also been an outspoken supporter of the hyper-inflated salaries of Vice Chancellors. The average take-home salary of a VC, including pension contributions, is in excess of £280,000 – more than ten times the national average wage!

Little wonder then that Paul Boyle, the Vice Chancellor of Leicester University who rakes in more than a quarter of a million quid a year, has spoken out in support of Willetts’ appointment. Boyle stated:

We are delighted that David has accepted the role of Chancellor.  He brings a wealth of experience in higher education, as well as public and political life, which will be enormously beneficial to the University.

Only two years back, Boyle was awarded a £53,000 pay rise – whilst staff in his departments faced real terms pay cuts. Certainly with Willetts on the payroll, Boyle has a reliable supporter of growing income inequality.

Striking back against the appointment, Leicester UCU released a damning statement the following morning:

The University of Leicester yesterday announced the appointment of David Willetts as its new Chancellor. The former MP (and now peer) was until 2014 Minister for Science and Universities. He was the minister responsible for the tripling of university tuition fees to their current level of £9000 – an amount he described as “fair and affordable”.

The Lord Willetts’s appointment to Chancellor is an insult to our students and to University of Leicester employees – as was the award of honorary degree to him in 2016. Students are paying more than ever for their education and, as a result of the fee regime introduced by Lord Willets, can now expect to graduate with £50,000 of debt. University staff are being paid less and less.

Lord Willetts is also infamous for his 2011 statement that social mobility between classes had stagnated because women who would otherwise have been housewives were going to university and that, as a result, well-paid jobs that could have gone to ambitious working-class men were now being taken by women. To appoint a man with such opinions to the prestigious role of Chancellor of University of Leicester makes a mockery of the University’s role as a ‘global impact champion’ of the United Nations’ HeForShe initiative.

As the statement suggests, Willetts’ selection as Chancellor should not be seen in isolation. In fact, his appointment is entirely consistent with the neoliberal policies which are currently being imposed on our universities. The main aim of this approach is to deliver profits rather than quality services – a lamentable situation for which successive New Labour and Tory governments must be held responsible.

But it seems we are now reaching a watershed moment in education cuts. The most recent attacks on lecturing staff – cutting pensions by as much as £10,000 – have prompted an unprecedented response from the UCU.

Unable to reach an agreement with the employers’ representative, Universities UK (UUK), the union has laid out plans for the most sustained course of industrial action in its history – with escalating strike action starting in February and building to an all-out strike in March:

In building for this action, the UCU has had to overcome the monolith of the Tories’ anti-union legislation, which stipulates that ballots are only legitimate if there is a turnout of 50% or more. Reflecting the widespread anger amongst university staff, this was achieved at 62 of 69 universities across the country with an incredible 88% vote for strike action. The remaining 7 are now being re-balloted.

The General Secretary of the UCU Sally Hunt explains the context for this anger:

Staff who have delivered the international excellence universities boast of are understandably angry at efforts to slash their pensions. They feel let down by vice-chancellors who seem to care more about defending their own pay and perks than the rights of their staff.

Strike action on this scale has not been seen before on UK campuses, but universities need to know the full scale of the disruption they will be hit with if they refuse to sort this mess out.

It is clear that, with an escalating plan of action, the UCU are not messing around. They have a clear strategy for winning this dispute. But it will be difficult for them to achieve this without the active support of their students.

It is most welcome then that the National Union of Students have released a statement in support of this action. But by itself this is not enough.

To be truly effective this must be translated into active participation in struggle. This means building support at every university; joining staff on picket lines, and organising independent action on the campus against the scourge of fees, cuts and marketisation.

The Tory press will launch an all-out offensive against university workers, attempting to divide them from their students – as if their interests are not fundamentally the same. This can be demonstrably cut across if student groups across the country actively campaign in support of their lecturers.

2018 marks the 50th anniversary of the great insurrectionary movement in France, where a student rebellion provided the initial spark for a general strike of more than ten million workers.

The then-President, Charles de Gaulle, was forced to flee the country – admitting that “the game is up”. Workers were on the precipice of taking power, but were ultimately sold out by their reactionary political leaders.

There is no reason why such an insurrection cannot be repeated today, but this time with workers taking the lead. Coordinated action by the trade union movement would be too much to bare for this weak and wobbly Tory government.

And what better way to commemorate the events in France 1968 than to make Theresa May flee the country.