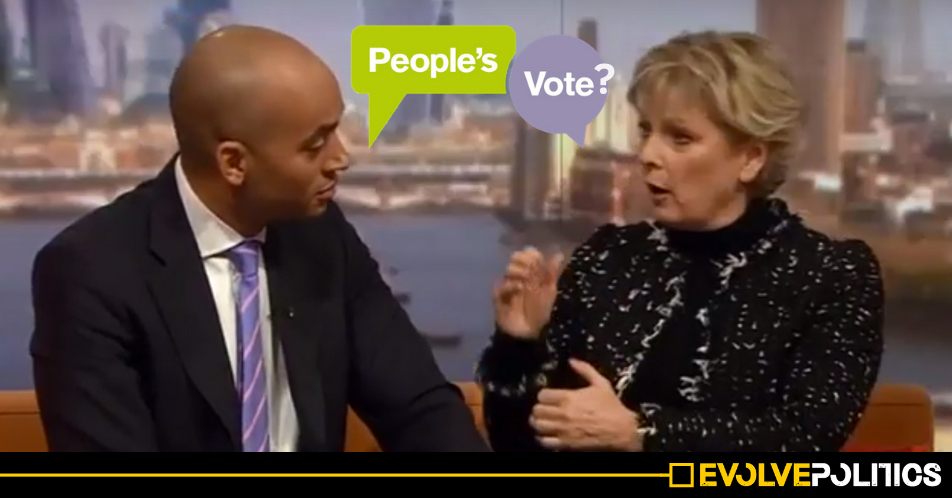 Tory MPs Anna Soubry, Sarah Woolaston and Heidi Allen, as well as Labour MP Chuka Umunna – all prominent campaigners for a second referendum – have all reportedly refused to support the proposal.

The amendment, proposed by the Labour front bench, would simply allow MPs to debate and vote on whether or not to allow another public vote on the UK’s departure from the EU.

According to ITV’s Political Correspondent, Paul Brand, the pro-EU MPs are said to oppose the amendment because they would rather Labour campaigned for another public vote, rather than allowing MPs to vote to back one.

The People’s Vote MPs’ astonishing refusal to back Labour’s second referendum amendment will surely raise further concerns amongst Labour supporters that the campaign may in fact be trying to damage Labour’s support amongst Leave voters, rather than genuinely supporting a second Brexit referendum.

NEW: Understand Tory MPs unlikely to back Labour front bench amendment. One rebel campaigning for a People's Vote says they want Labour to stick to conference motion and get on with campaigning for one rather than this multifaceted amendment. Unlikely to pass in that case.

LATEST: Soubry, Allen, Wollaston won't back Labour amendment. So that's that then.

Backers of a People’s Vote are attempting to claim that their refusal to support the amendment is because it doesn’t go far enough.

However, Labour’s amendment simply allows MPs to debate and vote on whether or not to hold a second referendum, instructing the government to “secure sufficient time for the UK Parliament to consider and vote on” the issue of:

Labour’s amendment would also instruct the government to allow time for MPs to debate and vote on further changes to the withdrawal agreement, such as a “customs union with the EU, a strong relationship with the single market underpinned by shared institutions and obligations, and dynamic alignment on rights and standards“.

The #labour amendment in full pic.twitter.com/dv0COtp0z6

Much of the mainstream media have been essentially repeating Conservative Party Press releases this morning, attempting to claim that Labour’s amendment constitutes them actively supporting another referendum.

However, given the fact the amendment only actually allows for debates and democratic votes on numerous issues relating to the withdrawal agreement, the media’s false claims are simply designed to mislead and enrage Leave voters.