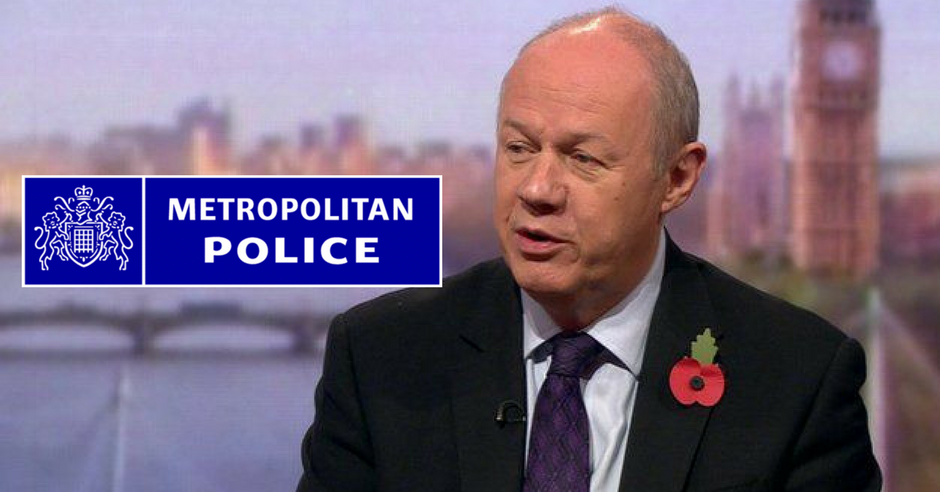 The Police Chief who accused Conservative First Secretary Damian Green of having ‘vast’ amounts of pornography on his parliamentary computer, Bob Quick, has demanded the de-facto Deputy PM retracts a statement calling him a ‘liar’ or face legal action.

After allegations against Green re-emerged in the media last month, the Tory First Secretary released a statement vehemently denying them.

Green went on to allege that by making the accusations, Quick had attempted to cause him ‘political damage by leaking false information about the raid on my Parliamentary office’.

However, Bob Quick responded today, threatening the Deputy Prime Minister with ‘legal action’ if he failed to retract the ‘completely untrue’ allegations against him.

Quick also said in the statement today that:

Everything I have said is accurate, in good faith, and in the firm belief that I have acted in the public interest.

Rather than going to the press directly with the information he held on Green, Quick – who oversaw a raid on Green’s Westminster office in 2008 – went on to say that he was in fact contacted by a journalist from The Sunday Times regarding a statement he had prepared ‘some years ago for the Leveson inquiry’.

Damian Green called me a liar in the statement he tweeted on 4 November 2017. That is completely untrue. Everything I have said is accurate, in good faith, and in the firm belief that I have acted in the public interest.

During an investigation of his parliamentary office in 2008, it was reported to me and to other senior officers that a vast amount of pornography was discovered on the computer in Damian Green’s Parliamentary office, on his account. I was told that internet history data logs indicated that the material had been viewed prolifically and in working hours.

I recommended that the issue be referred to the parliamentary commissioner for standards. As far as I know, no such reference was made.

In view of this and the present Cabinet Office investigation into Damian Green, I contacted Sue Gray in early November 2017. Shortly afterwards, a journalist from the Sunday Times contacted me to say that he had obtained a draft statement prepared by me some years ago for the Leveson Inquiry. I did not approach the Sunday Times with this information.

Following Mr Green’s deeply unpleasant and personal attack upon me, I was contacted by Neil Lewis, who had undertaken the interrogation of Mr Green’s hard drive in 2008. Mr Lewis offered me his support, and I believe him to be a man of integrity, similarly acting in the public interest. I reported Mr Lewis’ contact and the evidence he was able to provide to Sue Gray on 6 November 2017.

I wish to make it clear for the avoidance of any doubt or further speculation that I am in no way motivated politically and bear no malice whatsoever to Damian Green. This is despite unfortunate and deeply hurtful attempts to discredit me. Everything I have said about this matter has been in good faith, and in the firm belief that I have acted in the public interest.

I invite Damian Green publicly to retract his allegations against me. I am considering legal action.

Confirms he has spoken to Sue Gray, claims before he spoke to the Sunday Times. pic.twitter.com/qn4vR0DLOT