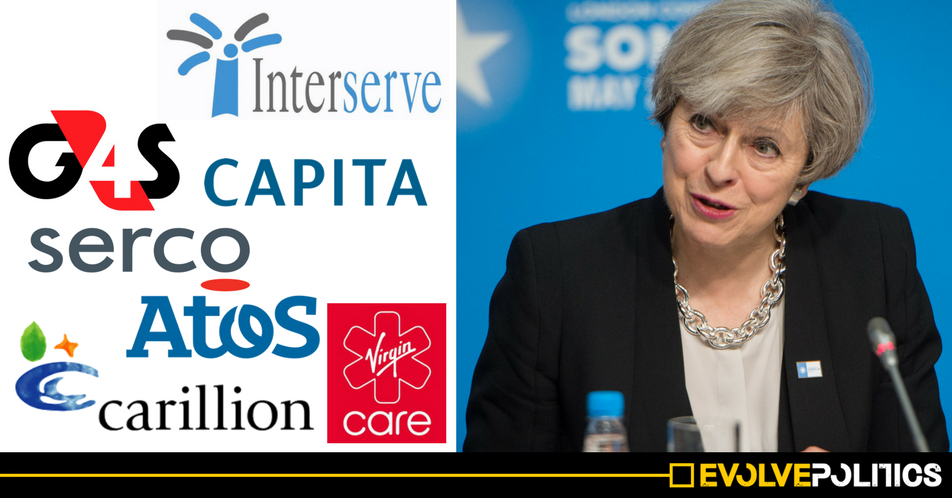 Since the neoliberal age began under Margaret Thatcher in the late 1970s, Britain’s formerly state-owned industries and assets have been systematically sold off one by one into the hands of private companies and individuals.

Not content with selling almost the entirety of Britain’s family silver, both the Tories and New Labour continued this neoliberal privatisation bonanza, concocting ever-more outlandish schemes that conveniently siphoned off taxpayer’s money and assets into the hands of private individuals and corporations, rather than back into the public purse.

Private Finance Initiatives (PFIs) were one such method. First envisioned by the Tories under John Major, and which proliferated under the New Labour administration of Tony Blair and Gordon Brown, PFIs are essentially scams used by governments to finance infrastructure projects by borrowing money from private companies. They left the incumbent government looking good in the short term as PFIs allowed them to keep the borrowing off the balance sheet, but they burdened future governments with the cost of paying off the exorbitant amount of interest attached to such schemes.

The British taxpayer will fork out more than £200Bn because of these PFI scams – a method which has now been exposed as costing 40% more than if governments had simply used public money for the projects. All of this £200Bn of taxpayer’s money will end up being trousered by already wealthy private shareholders.

It is often argued that PFI scams were allowed to proliferate under New Labour because Gordon Brown and Tony Blair were desperate to shed New Labour of the ‘tax and spend’ label that the Tories had successfully branded them in previous decades. Ultimately though, New Labour’s choice to use such obviously short-termist and financially irresponsible schemes was because, seemingly devoid of any principles or willingness to fight, they simply capitulated to the Tories’ neoliberal political arguments instead.

Not only did the Tories have the super-rich media barons almost exclusively on their side, the 1970s heralded the invention of ‘thinktanks’. These supposedly ‘independent’ institutions were set up by wealthy groups and individuals with the sole aim of pushing a political agenda. And what, I hear you ask, was their political agenda of choice? Privatisation, of course.

Privatisation is essentially a far more efficient way for governments to ensure the money they spend remains in the pockets of their ‘own kind’ – the super rich elite.

Conservatism, as the definition of the word implies, is all about attempting to maintain the status quo – it is an ever-evolving ideology created by a ruling elite who were afraid of losing their dominance to simply retain whatever powers and wealth they could. However, the genius of neoliberalism was that it enabled the Conservatives (and the pro-neoliberal New Labour Party) to allow the ruling class to wrestle back more power and more wealth than they could ever have hoped for, and concentrate it in the hands of an even smaller group of people than before.

However, not content with seeing their wealth and power increase dramatically over the last four decades, the ruling elite are always on the lookout for new scams to pull to ensure they remain wealthy and powerful – and simply handing jobs to their mates is another method they use to ensure they stay as top dogs, and everybody else remains fighting eachother for the scraps.

Cronyism is nothing new in politics – with most people having heard of the phrase ‘jobs for the boys’. But the neoliberal age, with what has essentially become a virtual merging of politics and business, has seen brazen political cronyism run rampant.

And so, here’s Private Eye’s take on just how ridiculous the reality of Tory cronyism has become under neoliberalism: 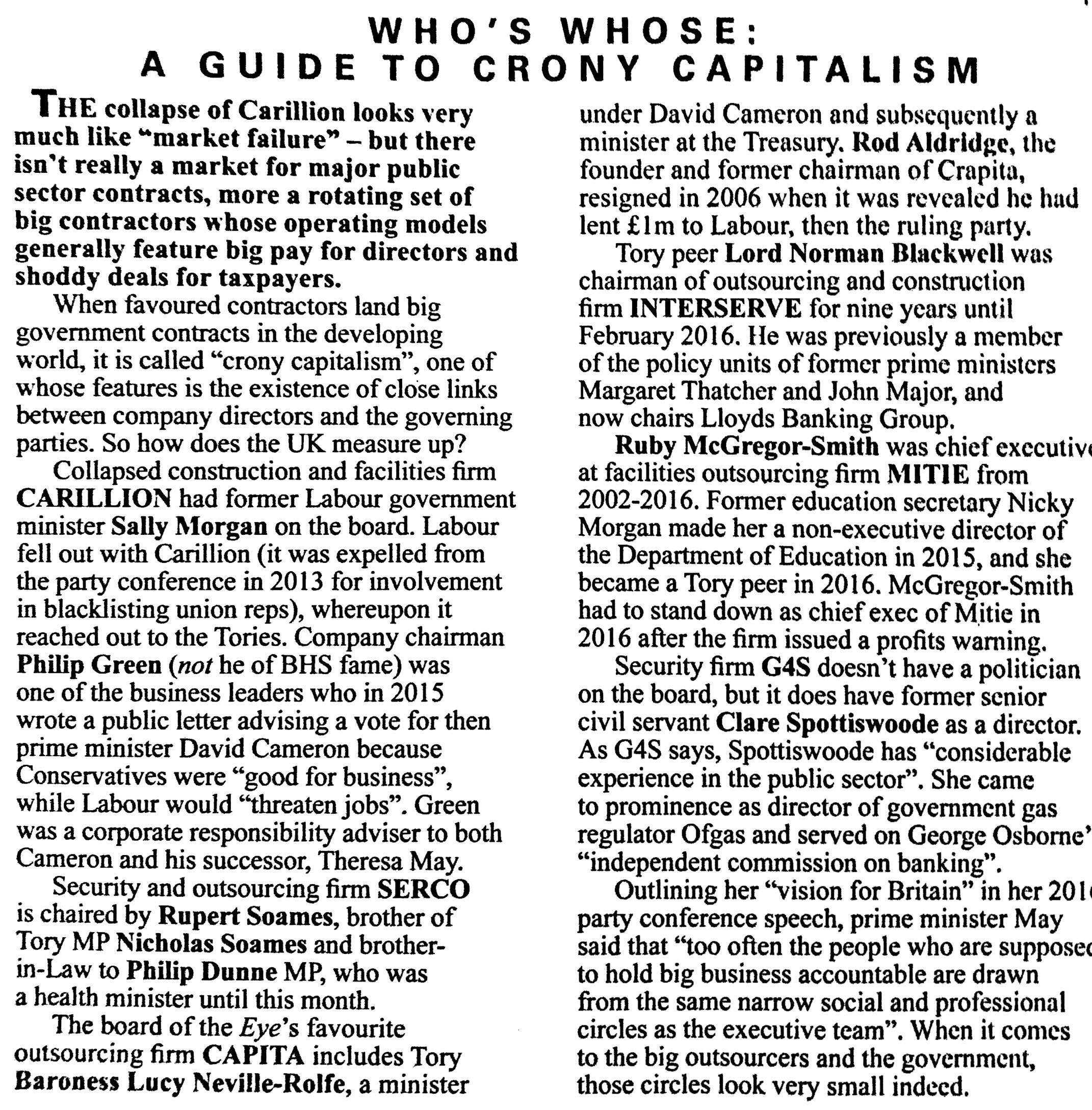 So, after reading that, don’t you think Britain might be due for a little bit of a change? How about electing somebody who has always stood up for the little guy rather than the interests of their super-rich mates. How about voting in someone who has fought tirelessly to end the scourge of poverty and homelessness. Someone who has always stood up to the establishment and done everything in his power to try and put a stop to a seemingly endless stream of corruption and war. Someone with principles and a vision of how Britain really should be. Someone who truly believes Britain should be a more equal, more just, more tolerant society.

It is clear that neoliberalism is the problem, and Britain finally has someone willing to solve it.