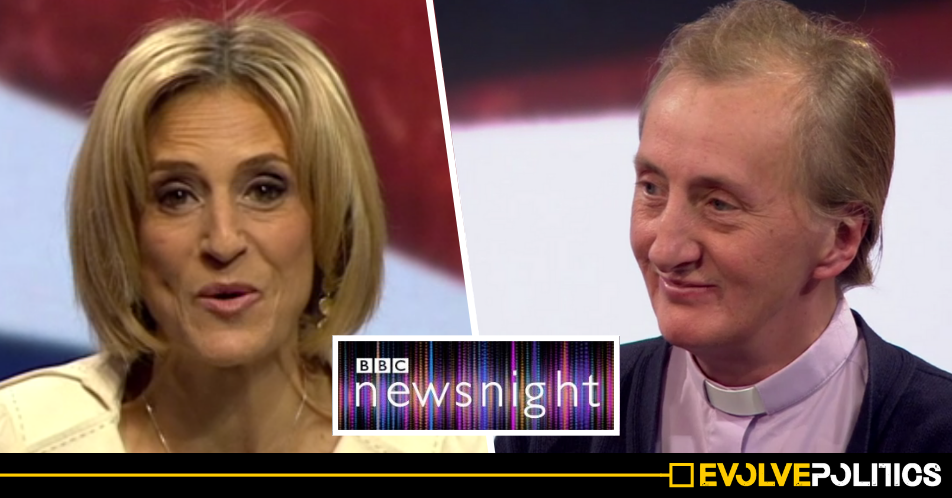 The BBC have been exposed using an actor who has previously appeared in numerous BBC drama programmes to pose as a supposedly random member of the public in a debate over Theresa May’s Brexit deal on their flagship political news and current affairs programme, Newsnight.

On Monday night, Newsnight held a seemingly genuine debate where 6 “members of the public” were invited onto the show to confront MPs with their questions about Theresa May’s Brexit deal.

One member of this supposedly “public” panel was a woman dressed as a vicar, who called herself Lynn.

"The reason they are sitting there is that they know far more about what's going on then we do. I've been a Conservative all my life and I back Prime Minister May."

Lynn also appeared on an edition of Newsnight on Friday 23rd November (which you can view in full here), along with the same other 5 “members of the public”, again dressed in full vicar garb.

On both appearances, Lynn was the only panel member who was completely supportive of Theresa May’s Brexit deal.

However, it’s safe to say that the BBC’s casting team have either made an absolute howler, or they couldn’t actually find a genuine member of the public who supported May’s deal.

Yes, “Lynn” is not an ordinary member of the public at all. Nor is she a genuine Vicar. She is, in fact, an actor – and not only that, she has previously worked as a minor cast member on numerous BBC programmes.

Lynn’s full name is Lynn Marina Hayter, and uses her middle name for her acting work.

Having been cast by the corporation on numerous occasions, Lynn is clearly a figure well known to BBC producers.

And, as you can see from her promo shots below, her repertoire extends through many ranges, including – one would assume – the part of a supposedly pro-Tory vicar on a prime time political debate programme: 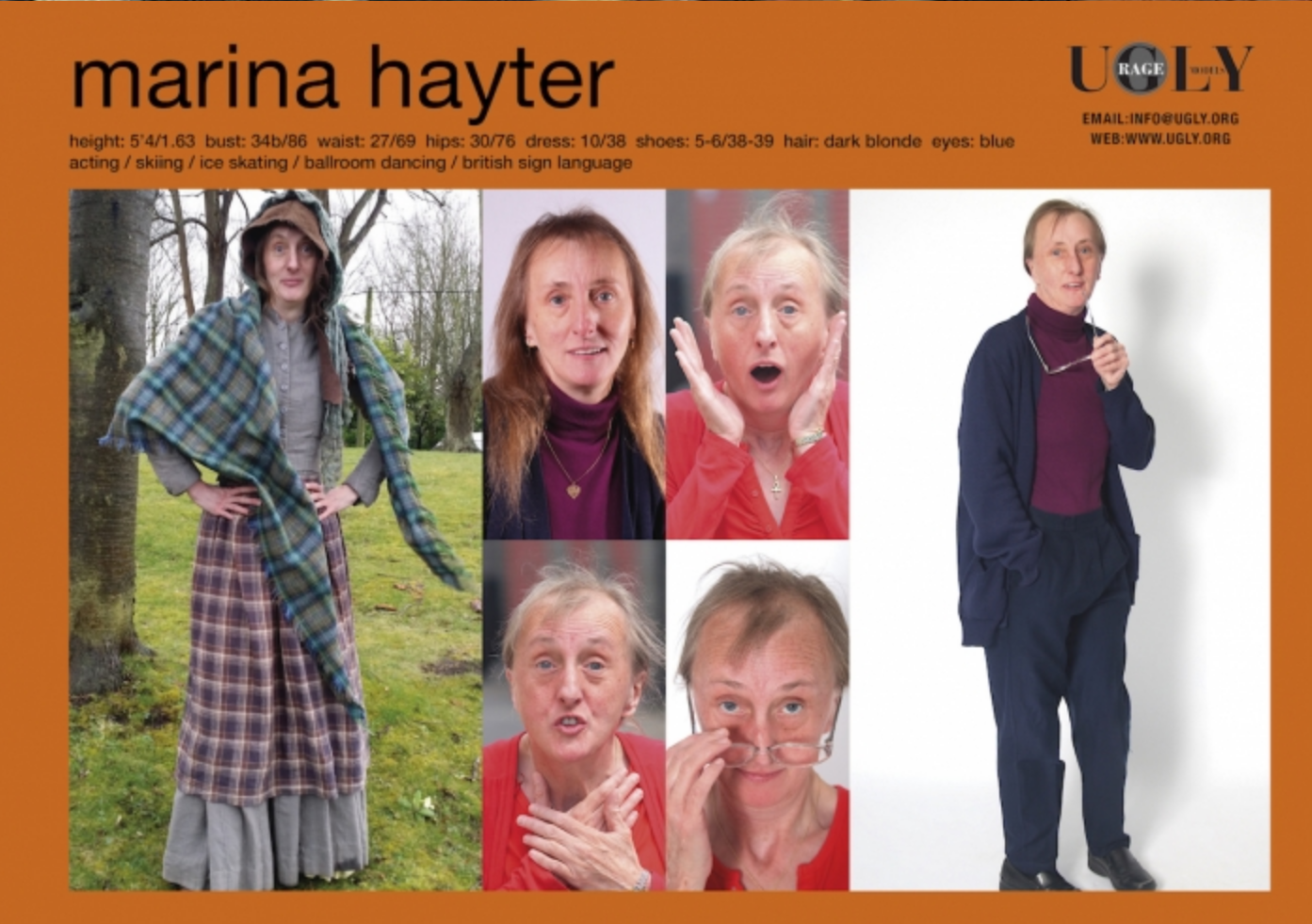 Whilst Lynn is not a genuine vicar, she does regularly attend church. However, the church in question is her own.

Yes, in addition to being a BBC actor, Lynn is also the creator of the “Seeds For Wealth Ministries”, who describe themselves as a religious organisation who can help you:

“realize, release and walk into your financial freedom in Christ. To Educate, Equip and Empower the saints.”

And below is a picture of Lynn from the Seeds for Wealth Ministries Facebook page adorned in another of her presumably many other religious outfits: 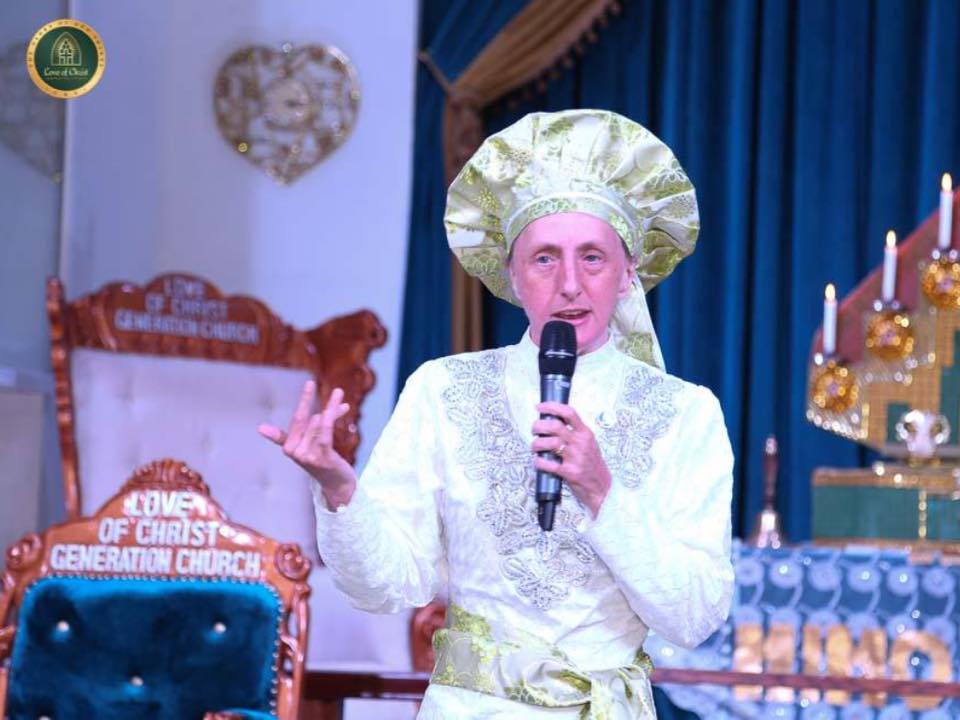 So, have the BBC’s production team just had a howler, or could they actually not find one single member of the public who supported May’s deal and decided to fill the vacant position with a BBC actor who was presumably available at short notice, and hoped nobody would find out?

The story was initially broken in an incredible Twitter thread by the host of the ABZ Podcast, which you can view below:

"Actress" , Thanks for the major help Michiel!

I have back checked, she runs a faux ministry, on facebook, that applauds Donald trump and using US church templates.

The BBC have since responded to the astonishing story, stating:

“Claims that Lynn appeared on #newsnight as a paid actor are false. Lynn is a pastor and was a genuine participant of our Brexit debate. She carries out work as an extra using her middle name but this is not relevant to the capacity in which she appeared. #VicarGate”

Claims that Lynn appeared on #newsnight as a paid actor are false. Lynn is a pastor and was a genuine participant of our Brexit debate. She carries out work as an extra using her middle name but this is not relevant to the capacity in which she appeared. #VicarGate

However, their claim that Lynn is not a “paid actor” may well be true in the case of her Newsnight appearance, but she has certainly benefited from paid work from them before.

Furthermore, Newsnight’s claims that Lynn is “a pastor” are incredibly misleading. Pastors are merely church leaders, and anybody can start their own church with absolutely no registration or official documentation needed.

Hayter also calls herself a “minister” on her acting profile and on her Facebook page, and anybody is free to become ordained as a minister on the internet!