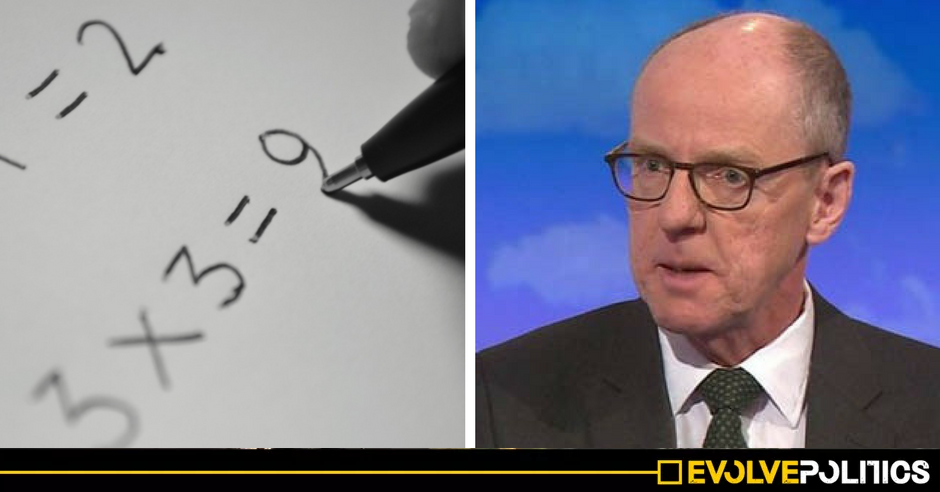 A Conservative minister has been roundly mocked on social media after refusing to answer maths questions during live TV interviews this morning. The Minister of State for School Standards, Nick Gibb MP, was doing the rounds in TV studios to promote new, tougher multiplication tests being rolled out in primary schools across the country.

The new assessments for primary school children have been criticised by the National Association of Head Teachers and other teaching unions, who have described the policy as “hugely disappointing”.

Gibb will not have helped his cause today after refusing to answer a simple maths question on Good Morning Britain out of fear of embarrassment. Ironically, his non-answer will have caused enough embarrassment for him already after getting skewered by GMB host Jeremy Kyle this morning.

After being asked what eight times nine is, Gibb simply said:

“I’m not going to get into this, I’ve learned through bitter experience never to answer these kinds of questions on live television.”

“No eight year old or nine year old would be doing it on live television.”

It’s safe to say that Gibb’s car-crash interview was ridiculed on social media, especially after he refused to answer maths questions on another interview with Sky News straight afterwards.

Schools Minister @NickGibbUK refuses to answer one single multiplication question on @BBCBreakfast this morning, yet expects 8 & 9yr olds to sit his Government tests which will have no value to children’s education. Says everything really.

Nick Gibb, who denigrates teachers at every opportunity, ladies and gentlemen https://t.co/VEyC7QhY13

Thanks for the laughs, Nick. We’ll send you an abacus in the post.