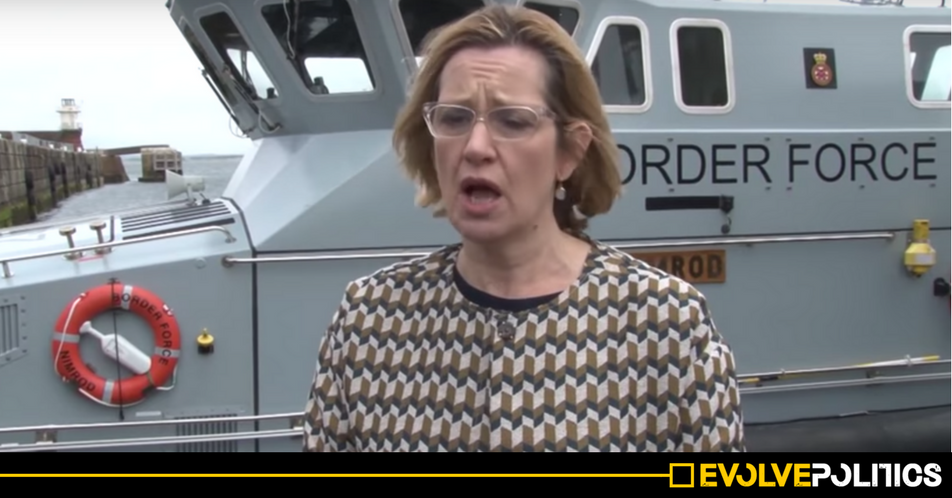 The Conservative Home Secretary Amber Rudd will surely be on the brink of being forced to quit after a secret document leaked out of the Home Office which categorically proved that, not only was she was fully aware of targets to remove immigrants from the country, Rudd actually set the targets herself ‘personally’.

Rudd initially falsely claimed the Home Office did not implement targets for removing migrants from the country, but was then quickly forced to backtrack completely, going as far as vowing to scrap targets after it became clear that the Home Office did in fact set them.

But now a secret internal document leaked from the Home Office has categorically proven that Amber Rudd knew full-well that her department set specific targets for the removal of migrants.

The secret memo leaked to The Guardian was dated from 21 June 2017, and stated that the Home Office had set “a target of achieving 12,800 enforced returns in 2017-18“, before going on to proudly boast that “we have exceeded our target of assisted returns“.

And, in categorical proof that Amber Rudd was fully aware of the targets, the document goes on to state that progress had been made on a:

“path towards the 10% increased performance on enforced returns, which we promised the home secretary earlier this year“

According to The Guardian, the document “was prepared by Hugh Ind, the director general of the Home Office’s Immigration Enforcement agency, in June last year and copied to Rudd and Brandon Lewis, the then immigration minister, as well as several senior civil servants and special advisers.”

Furthermore, to further intensify the pressure on Ms Rudd to resign, a Home Office source reportedly told the Guardian:

“We were gobsmacked by what she said, and that she stuck to her guns.”

“It is inconceivable that Amber Rudd did not know about the targets.”

Home Office sources also confirmed that “regular meeting between ministers and senior officials at which specific national targets were discussed, including details of how Home Office departments would achieve the 10% increase in the number of people being removed from the UK every year – a goal set by Rudd personally.”

“These programmes are being run by civil servants, but the policies are being driven by politicians,

…The pressure comes from the top, and Amber Rudd is at the top. She is the one cracking the whip.”

If categorical proof that Amber Rudd knowingly lied to Parliament isn’t enough to force her resignation, surely nothing will be.