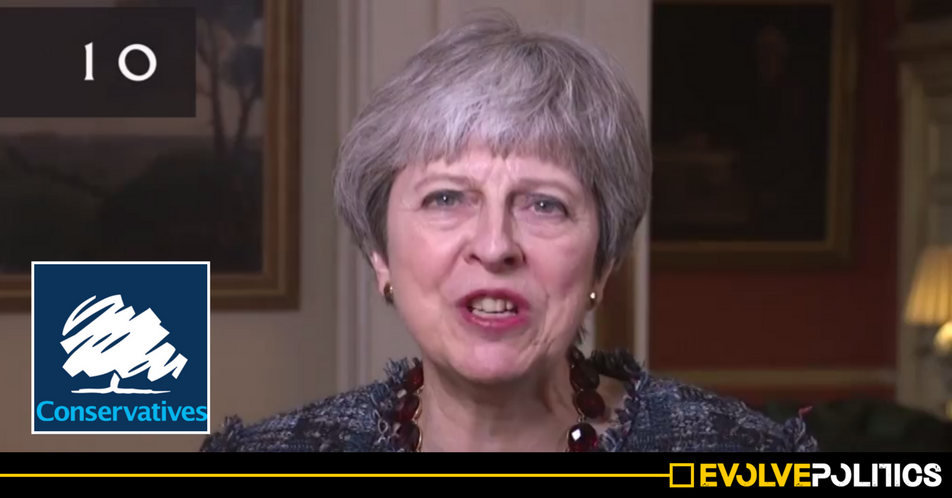 Senior Conservative Party figures held secret meetings about forming a ‘breakaway’ party with its own brand, policies and figurehead amid dire warnings predicting a catastrophic Tory wipeout in London’s May local elections, it has been reported.

Reports in The Telegraph this morning say that Senior Tories have hosted numerous meetings over the past year in order to draw up plans for what would essentially constitute a new party to replace the Tories in London’s local elections.

Polls suggest that under the lacklustre leadership of ‘Toxic’ Theresa May, the Tories are set to lose out majorly in May’s local elections, with Labour now polling at a massive 52% compared to the Tories’ lowly 28% in the capital.

Predictions have been so bad that the Tories could even record the worst performance ever in London local elections in their entire 184-year history.

Analysis conducted by academics Lord Hayward and Tony Travers show that the Tories are expected to lose almost 100 seats, falling from 612 to 519, with a staggering 9 London councils that are currently under Tory control considered severely at risk.

Evolve have previously reported that:

“…with just over two months to go until the residents take to the polls on May 3rd, Theresa May’s position could well be under severe threat should the Tories suffer catastrophic losses in some of their heartland boroughs as the latest poll predicts.

The numbers are now so convincing for Labour that even overwhelmingly Conservative-voting areas such as Wandsworth, Westminster, Barnet, and even Hillingdon are all mooted to fall in the next round of local elections.”

Furthermore, the Tories’ performance in local elections this year has been at best diabolical, with the party’s worst night coming just last month when they managed to somehow lose control of all 5 Council seats they were defending in just one evening.

And following the party’s catastrophic overall performance in local by-elections since Theresa May came to power, the news that Senior Conservative figures are so worried about the party’s prospects that they are trying to disassociate themselves with her will come as a huge embarrassment to the Prime Minister.

Whilst attempting to free themselves from Theresa May’s toxic brand may save the Tories some damage, any Tory breakaway party will have their work cut out in producing and promoting popular policies without completely disposing of their own self-serving ideology of failure.

Jeremy Corbyn’s revitalised Labour Party are popular for a multitude of reasons – not least because their policies resonate with people and they are quickly becoming a bottom-up, member-led party who put listening to the concerns and ideas of ordinary people at the centre of their project.

Unless the Tories are genuinely willing create a party that works in the interests of the many and put ordinary people’s opinions and ideas at the heart of their policies, then, unfortunately for the billionaire-backed Tory establishment, the only way for them is down.