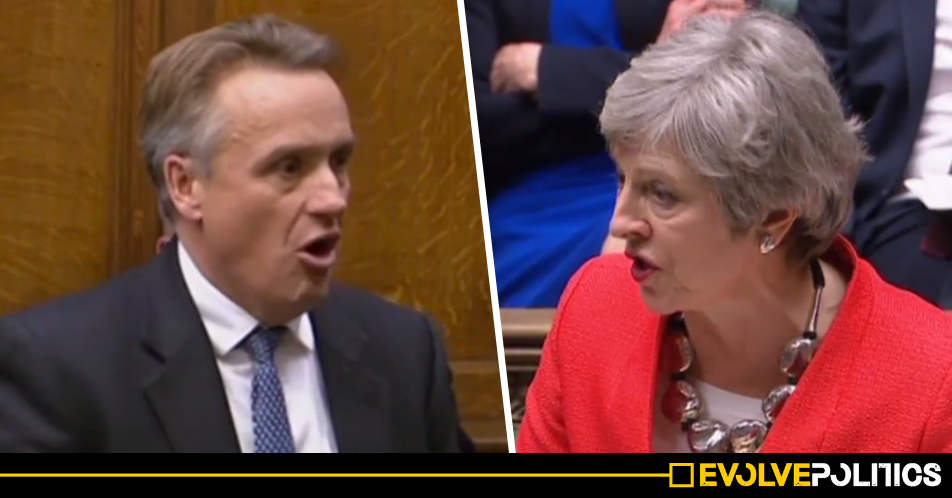 A Senior Conservative Party MP has admitted that if Theresa May’s Brexit deal is voted down in the House of Commons again tonight, there will have to be a General Election to solve the impasse.

Speaking to the BBC’s Political Editor Laura Kuenssberg, the Tory MP for Broxbourne, Charles Walker, said that he couldn’t see how Theresa May’s administration could possibly remain in post after a second catastrophic defeat on her proposed Brexit withdrawal bill.

“Well I think if the deal doesn’t get through tonight, I think there will have to be a General Election because this Parliament now looks very much like a failing Parliament.

We were elected to make decisions. We are elected, sometimes, to make imperfect decisions because perfection is often an illusion.

And if we can’t decide tonight to leave the EU under the terms the Prime Minister has negotiated, then I can’t see really how this government can continue in office. I think she will have to seek a new mandate.”

Conservative Daniel Kawczynski: "I think a General Election is possible" if Theresa May loses #BrexitVotehttps://t.co/7Hk95aNmhO pic.twitter.com/4hBYi5Fn6E

The House of Commons is currently debating Theresa May’s Brexit withdrawal bill for the second time, with a vote expected to be held at 19:00.

The government’s confidence and supply partners, the DUP, and the hard-Brexit supporting European Research Group (ERG), have already indicated that they will again vote against Mrs May’s deal – making the prospect of the deal passing extremely unlikely.

The Prime Minister has previously stated that if, as expected, her deal gets voted down for a second time, she will table two motions regarding extending Article 50 and leaving the EU without a deal.

However, with No Deal having already been ruled out by MPs in a previous vote, it is rumoured that Mrs May may renege on her promise to bring the motions forward, and instead push forward to seek an extension on Article 50 without a vote.

So what will Theresa May do tonight in event she suffers defeat over meaningful vote?

Thinking is it averts damaging defeats and buys her time

However, the EU are known to be very reluctant to agree to an extension unless Mrs May agrees to drop some of her red lines – such as agreeing to a permanent Customs Union as the Labour Party are proposing – to ensure that any renegotiated deal would be agreed by Parliament.

And with the Prime Minister all too aware that agreeing to a permanent Customs Union would inevitably cause a huge rift – and a possible split – within her party, the only other option left would be to go back to the British public in some form.

With a second referendum not currently having the support of enough MPs, a General Election is now clearly emerging as the most likely scenario.