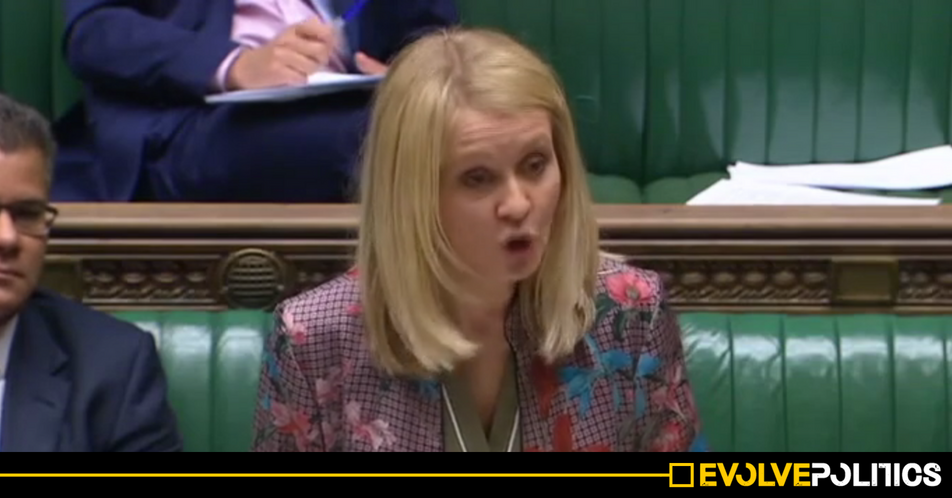 The Conservative Minister responsible for overseeing the plight of welfare claimants has been roundly criticised on social media after posting a ‘callous’ tweet which ‘bragged’ about her eating an expensive breakfast at a restaurant that reportedly cost more than a Universal Credit has left after bills to spend on food in a normal week.

Tory DWP Secretary Esther McVey posted the tweet – which some have described as a ‘shameless plug’ – ‘bragging’ about her visit to the Cha Bar in Knutsford, Warrington, which said:

“Just when you think Esther McVey couldn’t sink any lower, she does. After weeks of reports and evidence proving that Universal Credit claimants can’t afford basic food items, she does this…”

Tiffin – who is wheelchair-bound and reliant on the government’s new widely-criticised Universal Credit benefit to survive – then went on to state that McVey’s meal “costs more than I spend in a week”, before adding a picture of the Knutsford Bar menu and writing:

“Now, she’s bragging about “the big breakfast” that the Cha Bar in Knutsford sell. The cost of that particular meal is a staggering £8.50 but for just £1 you can add an glass of orange juice too!

My entire fortnightly food budget is about £10.50 and, many others on Universal  Credit are in the same situation. How she has the gall to flaunt so openly I do not know.

The recent National Audit Office (NAO) report, the Joseph Rowntree Foundation (JRF) destitution report and figures from national foodbank charity Trussell Trust, all cite that Universal Credit is causing foodbank use to sky rocket. Esther McVey’s decision to tweet this out can only be seen as one thing: She doesn’t care.”

Actor Hugh Grant was one of hundreds to retweet Tiffin’s piece, quoting the article in a tweet and adding a caption which read:

[…] Alex is in Scotland hence fortnightly not monthly payments and his benefit is reduced by repayment of advances.”

Minister spends more on Sunday breakfast than universal Credit claimant has for food for a week https://t.co/j98ehd948j NB Alex is in Scotland hence fortnightly not monthly payments and his benefit is reduced by repayment of advances.

Tiffin then went on to sum up his exasperation at McVey’s ‘callous’ tweet by writing:

“To me, this raises an important question. Should she be leading the government department that is responsible for the well-being of millions of vulnerable people? My answer would be no.”

Detailing his extremely precarious financial situation after being switched onto Universal Credit, Tiffin wrote on Twitter in May:

“Day (1) update of a #UniversalCredit sufferer

Got my fortnightly £92 today

Sat in dark with heating off to budget. Kids tomorrow

You can donate to support Alex Tiffin’s independent campaigning journalism by following this link.