A supermarket in Germany decided to remove every single foreign-made item from their shelves in order to make a point about how silly prejudice is.

Edeka, Germany’s largest supermarket chain, decided to run the experiment in their Hamburg store, selling only German-made products for an entire day.

Explaining the reasons behind the stunt, an Edeka spokesperson said:

Edeka stands for diversity, and we produce a wide range of food in our assortment, which is produced in the different regions of Germany.

But it is together with products from other countries that we create the unique diversity that our customers value.

During the day-long experiment, signs on Edeka shelves read:

Without diversity, this shelf is rather boring

So empty is a shelf without foreigners 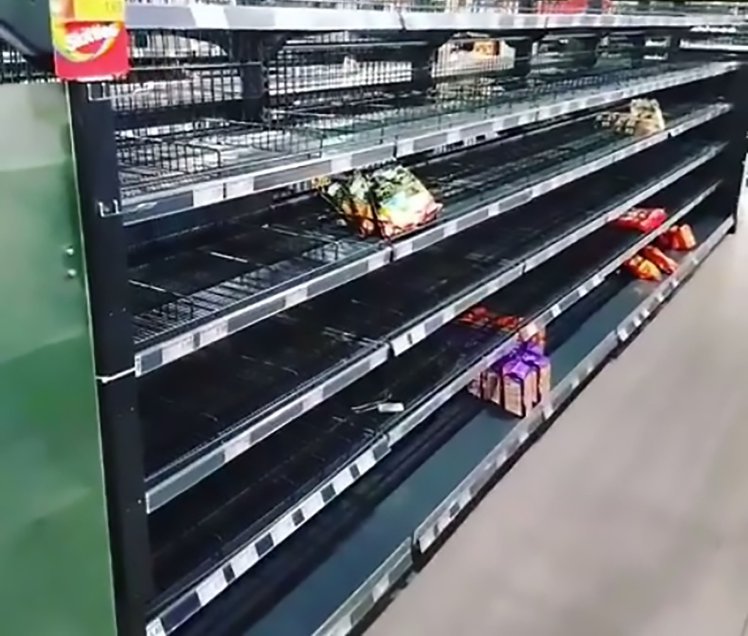 Edeka’s stunt meant that customers were unable to buy anything foreign-made whatsoever – meaning, amongst many others, no French cheese, no Spanish tomatoes, and no Greek olives.

Edeka said that they have received a huge amount of positive feedback regarding the action. 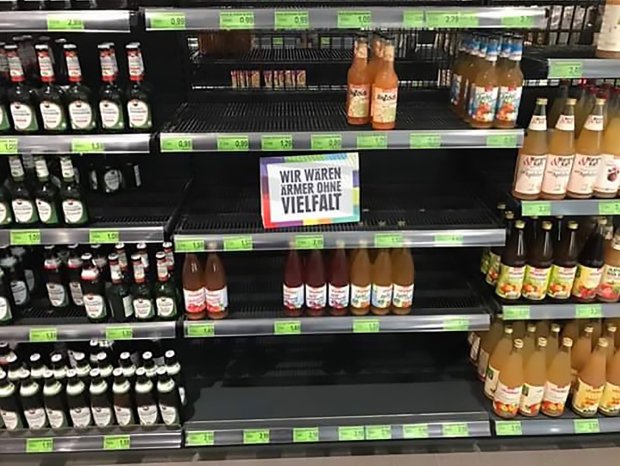 It has been estimated that Edeka lost tens of thousands of Euros in profit because of the German-only stunt. But the positive reaction and wide publicity gained from the experiment will surely have gained the company numerous new admirers. 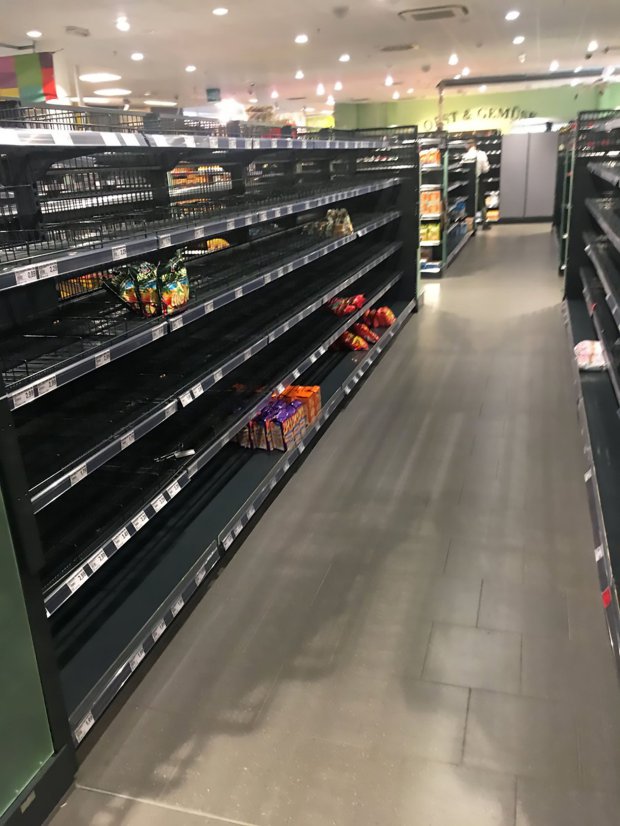 The supermarket ran a campaign ad at Christmas depicting a grandfather faking his own death to trick his children into spending Christmas with him.

Reviews of the ad campaign were mixed, with some describing it as a real ‘tearjerker’, whilst others described it as ‘completely over the top’.

However, Edeka’s anti-racist stunt on Saturday has been widely praised on social media, with several posts receiving tens of thousands of likes and shares.

We are delighted to have received a lot of positive feedback regarding Saturday’s action.

We look forward to seeing what Edeka dream up for their next campaign!