‘Take Back Control’. A simple, yet incredibly effective message. The mantra emphasising the necessity of reasserting British democracy and sovereignty was one of the main factors in convincing 52% of the public to vote for Brexit in the EU referendum last year. It’s common sense, and a proposal that resonated with the majority of the population.

Why shouldn’t we take back control from those who make policy decisions that impact us, yet are wholly unaccountable to our electorate? While (often deeply flawed) arguments about immigration and the NHS were put forward by Leavers, in true Bennite fashion, I always found the democratic argument for leaving the EU to be the most poignant. The beauty of the democratic argument is that it can be applied to other policy areas — including foreign policy.

Since the rise of the New Right, cross-Atlantic love-fest between Ronald Reagan and Margaret Thatcher, we have not had a truly independent foreign policy. The ‘Special Relationship’ that is lauded by both the centre-left and centre-right (who interestingly, are often the most enthusiastic cheerleaders for the European Union) has an anti-democratic sentiment to it. Britain’s foreign policy agenda over the last few decades, which has been largely dictated to it by the United States, has made both Britain and the world a more dangerous place to live in.

It is often claimed that the UK and US have shared interests, but the reality is that what is best for Britain rarely comes into the equation. Instead, we are subservient to the foreign policy interests of the United States. One has to ask: why did Britain happily follow America into propagating and financing the barbarism which has since decided to bite the hands that fed it, namely, the Afghan Mujahedeen in the 1980s? During the rigid, ideological warfare of the Cold War, any British reservations of the backlash were cast aside in favour of American geo-strategic hegemony in the Middle East. It was the then Labour MP George Galloway who during this time, told Margaret Thatcher that she, as lapdog in chief for the United States, had “opened the gates to the barbarians”. How right he was.

Our acquiescence to American interests has been clear to see over the last few decades. Just look at Tony Blair’s “I’m with you whatever” commitment on intervention in Iraq to fellow war criminal George W. Bush. Those four words encapsulate British foreign policy better than any soundbite, policy proposal or academic paper. We are with America “whatever”. Fear not that American presidents and military generals were not and never will be elected by the people of Britain, we must toe the line! It clearly wouldn’t matter whether the British people were against a certain military action or not — we would go cap in hand to the United States regardless. 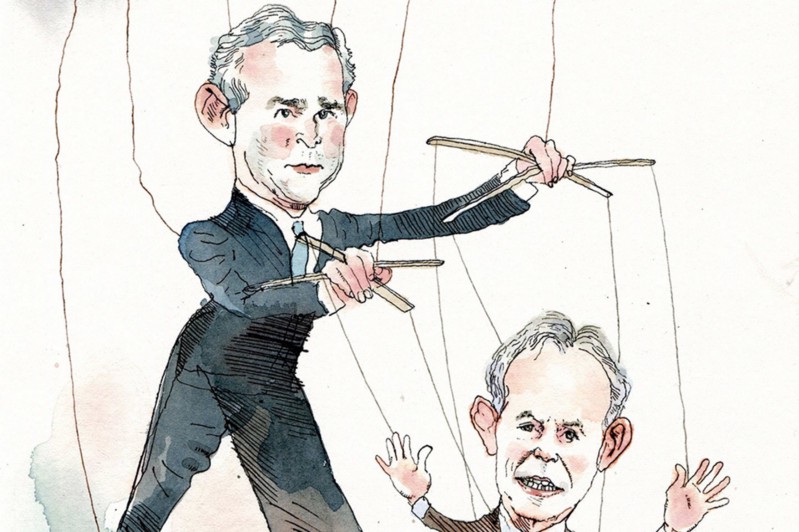 It is evident that our assorted conquests with the United States in the Middle East have had a negative impact on our country — and many of the decisions that have led to the increase in barbarous terrorism over the last decade in Britain can be traced back to the American war rooms — where there isn’t a shred of democratic legitimacy to be seen. While we do not have an independent foreign policy, we are nothing but a lapdog, and an obedient one at that.

In the current circumstances — this issue is more important than ever before. As Theresa May continues to hold hands with one of the most dangerous Presidents we have witnessed in our lifetime, it is more imperative than ever that we consider a more independent approach to our foreign policy. We must be able to stand up to the self-serving demagogue Donald Trump, and have the British gumption to say “no” instead of following him at a whim like successive Prime Ministers have to successive Presidents in the past.

Not only this, but the public mood really is beginning to change. Jeremy Corbyn’s foreign policy stance was proven to be highly popular during the general election. This was arguably the first time a real scepticism of American intervention and British involvement has been pushed by one of the mainstream political parties, and YouGov polling found that 53% believe that our involvement in the Middle East bears at least some responsibility for the sorry state we find ourselves in, both domestically and internationally.

Why should we continue to assist America’s goal of geo-strategic hegemony in the Middle East when it has destabilised our country, the main actors are not accountable and the majority of the British public are now sceptical? Surely, if we are to really ‘Take Back Control’, we must do so from all corners, and our one-sided ‘Special Relationship’ with the United States is nothing but an affront to democracy.